Finlux dares the savage seas of the 32 inch TV Market 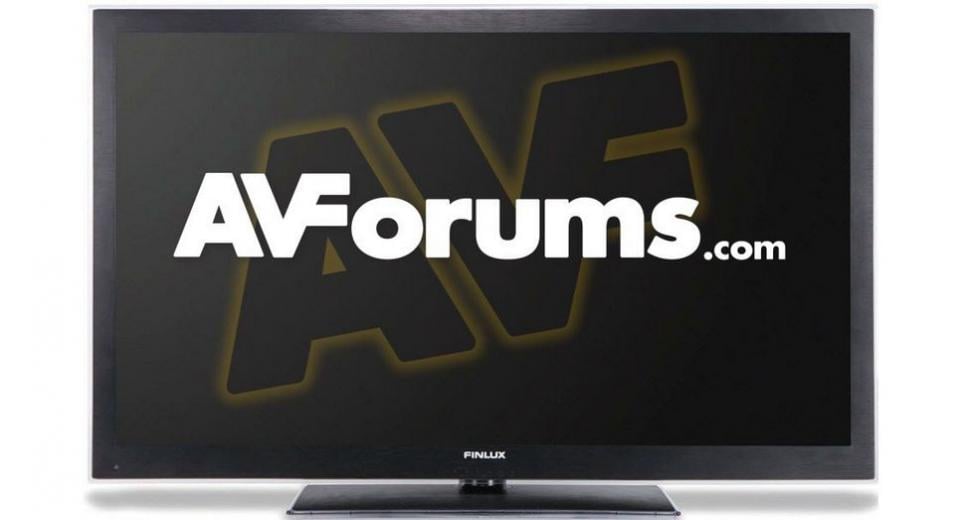 The Finlux 32F8030-T is the third TV we’ve seen from the re-emerging manufacturer and what went before was quite impressive, when pricing is taken into consideration. In the F8030-T, Finlux is offering a television with Wi-Fi included, Smart TV features and Freeview HD for under £300, which is considerably less costly than competing sets from the more established manufacturers. For instance, the similarly specified Samsung UE32ES5500 will set you back a further £100, or so, and that’s without the Wi-Fi dongle taken in to consideration. There’s no point in having an impressive feature-set if the pictures don’t match up, however, so let’s see if Finlux have produced another bargain.

The Finlux F8030-T doesn’t possess the slimmest bezel we’ve seen on a TV in 2012 by a fairly long chalk but the brushed charcoal black finish is pleasing enough with its Samsung-inspired crystal strip forming the outer of the frame. Beneath the Finlux logo are some very discrete, touch-sensitive controls for the basic features .The base stand features a black rectangular insert into the transparent casing but its feel is decidedly cheaper as it’s entirely constructed from plastic. It doesn’t swivel either. The supplied remote control is identical to that of the other Finlux’s we’ve seen, meaning it’s on the large and heavy side. It makes button navigation easy enough but makes it difficult to operate with only one hand. The slightly rubberised feel to the rear of the remote does give it a nice, tactile quality and there’s no suggestion you’re ever holding one of those awful ‘no brand’ controls you’d associate with the less expensive end of the market.

The 32S8030-T is generously equipped in terms of connections and features four HDMI ports – 3 facing outwards from the rear and one close to the edge. There are also 2 RGB SCART terminals, a D-SUB PC connection, Component and Composite Video connections with accompanying L/R audio jacks, aerial socket and a LAN Port. There’s also a S/PDIF digital audio out and completing the connections, on the side, are two USB inputs and a CAM slot. The two down-firing speakers equipped in the 8030-T are very unimpressive with a performance that’s flat in the middle, throttled by hiss at the top and almost non-existent in the bass department. We’d have to expect corners to be cut somewhere to have this TV available for under £300 and there’s definitely evidence of the fact in its sonic performance. Some help is at hand though as the Finlux S8030 has an output that allows connection of an active sub-woofer to supplement the in-built speakers.

The Menus are split in to 6 areas – Picture, Sound, Settings, Install and Retune, Channel List and Media Browser. As ever, we’ll concentrate on the main Picture functions particularly as Finlux has made such a good job of making the rest of the menu functions fairly self-explanatory and logically positioned. The Finlux 32S8030-T offers a choice of 4 Picture Modes – Dynamic, Natural, Movie and Game. In the Picture menu we have the usual ‘front-panel’ controls of Contrast, Brightness and Colour as well as options for Low, Medium, High and Auto for the Backlight intensity and a Noise Reduction setting. There’s some ECO modes for either switching off the video signal. Moving in to the Advanced Picture Settings and we have options for Dynamic Contrast, Colour Temp (Cool/Normal/Warm), Film Mode, Skin Tone, Colour Shift (AKA Tint or Hue) and RGB Gain that we’ll explore later in the review.

The Finlux 32S8030-T has a good set of features for this level of the market and the included Wi-Fi dongle is a major plus that frees up the streaming media player for those that don’t have an internet connection close to the TV. We tried the player with a number of media servers from our PC with mixed results. Although the S8030 was quick to index contents, getting them to play back was another matter and we couldn’t get any of our test MKV’s to play, at all, despite the listed support, and it was no better through the USB slots. There’s also the PVR-like ability to record from the in-built tuner is present, when connected to a USB storage device, and the lay-out of the recordings options is very easy to follow. Compared to the established players’, the Finlux online Smart portfolio is a little bit limited but, to be fair, there’s a decent selection of the staples with BBC iPlayer and YouTube for Video on Demand (VoD) and Facebook and Twitter apps for social networking junkies. We’ve spoken to Finlux about their plans to bring more apps and services to the Finlux online universe and they are in talks with a lot of the major players and hope to reach deals quite quickly.

As we found with the previous Finlux’s, the White Balance controls – labelled RGB Gain in the Menus – are totally unusable as their influence impinges upon too many other facets if the image; i.e. using them drastically effects colour reproduction so we had to cross our fingers that the Cinema Picture Mode would afford the same kind of accuracy, by default, we saw with the Finlux 46S6030-T but, alas, it was not to be the case. Swapping in to Movie mode got rid of the excess of the blue in the greyscale, alright, but unfortunately replaced it with a surfeit of green and our eyes will more readily detect errors with green. Delta Es (errors) had been reduced but, in all truth, a greyscale ramp pattern didn’t look any better than it did with the blue error; just different. In fact, whites and greys had a dirty brown appearance but at least we were able to tame the colour palette somewhat, which helped balance things to a degree. Not a great result, to put it politely.

This section won’t make for any prettier reading than the ones above as the 32F8030-T displayed fairly poor dynamic range, which is again a disappointment bearing in mind the preceding Finlux TVs we’ve tested. Screen uniformity, whilst not terrible, was on the patchy side which is reflected in the variance in measurements taken in the ANSI checkerboard test. The Finlux delivered an average black level of around 0.21 cd/m2 against a peak light output of 120 cd/m2, giving it a measly ANSI contrast figure of under 500:1. The matte screen does a fairly good job of combatting reflections, however, so it didn’t look too bad in brighter conditions.

The 32F8030-T fared a little better in this area and managed a decent job of scaling standard definition content without much ringing but wasn’t able to detect the PAL 2:2 cadence, meaning your kit, that is likely connected by Scart, won’t be allowed to show standard definition film as well as it could do. Deinterlacing was of an average standard with jaggies visible in the middle portions of the test on the Spears and Munsil benchmark Blu-ray which also revealed that, like many Vestel engineered TVs, it was not the best at handling a 1080p24 signal; with some shredding of edges and a general jitteriness not present in the original content. The Finlux was however able to reach a white level of 255 which means all the detail in the signal is present.

It gets better from here to the bottom of the page, with the Finlux 32F8030-T showing a latency to controller input between 32 and 36 milliseconds, which is either just under or just over a frame for a typical console title. Panel response isn’t great, however, and we could see a fair amount of ghosting with ‘contrasty’ content, especially white objects on dark backgrounds. We don’t expect many to pick up on that, however, and the 8030-T goes down as one the more responsive panels of 2012.

A glance at the Test Results page will tell you that we don’t really have many of the ingredients necessary to produce great video but sometimes the charts can be misleading and the sum can add up to more than the apparent parts. Not in this case, unfortunately, and the Finlux S8030 never really found its stride. The weak contrast and murky greyscale were lifted somewhat by the reasonably accurate colour presentation and, at times, there was a muted believability to images. Standard definition scaling is strong, which will be important, for the target market and the panels’ ability to knock out very bright pictures will find favour in some quarters. The absence of proper 1080p24 handling might not be too distracting at this kind of screen size, indeed many may not notice the added judder at all but we’d like Finlux to equip their TVs with processors capable of handling what should be a routine task in 2012. Viewing angles are fairly generous and thankfully there were no in-your-face uniformity issues to report, although there was a slight patchiness in very dark scenes and a bit of dirty screen effect with panning shots on light colours.

The Finlux 32F8030-T is a decent looking TV and we’re rather fond of the brushed charcoal bezel, even if the rather plasticy base stand isn't really to our tastes and doesn’t swivel. The remote control is chunky but highly useable thanks to the large buttons that are thoughtfully deployed. The 8030 has a very generous set of connections and its 4 HDMI ports put to shame some of the efforts we’ve seen from the big boys this year. Menus and setup are as simple as can be and the clear presentation and generally well placed settings are a pleasure to use. The feature set is quite limited compared to some of the features but the inclusion of a Wi-Fi dongle, in the box, is a real plus and ups the usability of the streaming media player by some degree. The player, itself, is a bit on the flaky side, however, and we encountered a variety of compatibility issues with various media servers. Online apps haven't really moved on since last time we checked but most of the major bases are covered with YouTube, BBC iPlayer, Facebook and Twitter present.

The lack of proper calibration controls was more of an issue than it had been in the previous Finlux TVs we’ve reviewed as out-of-the-box accuracy in the (most accurate) Movie Picture Mode was very disappointing leading to a very murky mid-range and some unconvincing skin tones. Once tuned, colour reproduction was passable and the 8030-T showed promise with some material but was constantly let down by the tainted canvas of the greyscale. The Finlux wasn’t able to haul itself up by providing punch through decent black levels, either, and it’s really only in a bright room where it’s capable of holding its own, thanks to its ability to crank out pictures of very high luminance. Standard definition scaling was good, however, which is important given the likely target market but Blu-ray lovers will want to avoid as it’s another Vestel TV that doesn’t handle 1080p24 as well as it should. Gamers, on the other hand, will find the 8030-T one of the most responsive panels on the market today, with an input lag in the low 30 milliseconds.

For its attractive styling, included Wi-Fi and alluring price-point, the Finlux 32S8030-T makes a decent choice for a second room where perhaps some gaming is on the cards but we wouldn’t be putting it pride of place in our living room.