Any other year, and Affleck would have had a nomination. 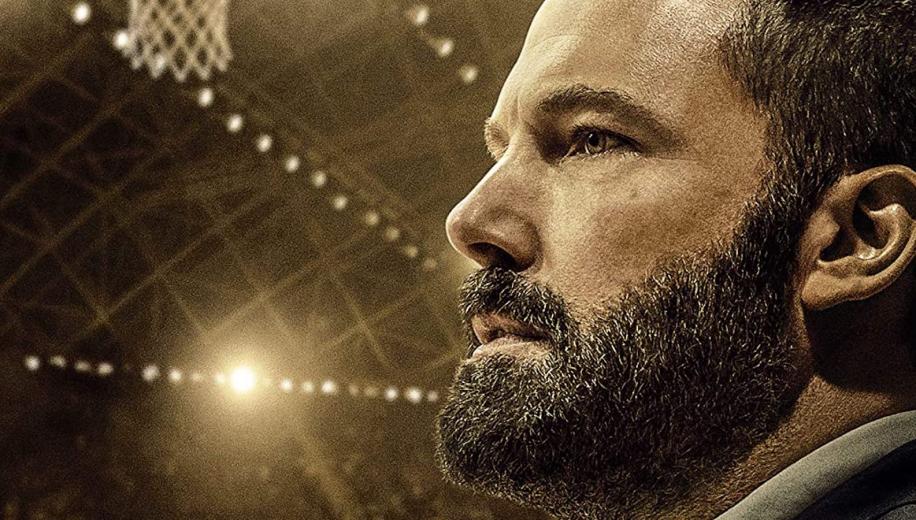 Finding the Way Back Film Review

Reportedly Affleck himself hit a bad patch just after he signed on to the movie, with the production company having reservations about keeping him in play when he's such a potentially unknown variable, with none other than his ex Jennifer Garner reaching out to the director himself to explain that the movie was one of the few things Affleck was holding on to at that moment, and that Affleck had actually entered rehab taking with him but one thing - a basketball - a symbol of his investment in the character he was due to play. However much or little of that may actually be true, there's no doubt that this was a very personal project for Affleck, who finds something deeply buried within himself and turns in a blisteringly authentic performance in the lead role, going above and beyond to show the tragic self-destruction of this character and avoiding all of the normal pitfalls associated with 'playing' this kind of part. A little like Mickey Rourke's Oscar-worthy performance in The Wrestler, which at times felt like a semi-autobiographical reflection of his own messed-up career, and life, Affleck deserves the same kind of Awards attention for his efforts here and, any other year, he likely would have got it.

One of the best performance-driven films of the year

Although framed around the traditional motifs of an underdog sports drama - an almost foolproof fable which has you absolutely rooting for these discarded misfits as they come together for their unlikely shot at the big time - Finding the Way Back superbly only uses that as a backdrop to the arc of the main character, and never strays from his own painful, powerful course to a potential redemption, refusing to play it easy for the cheap seats, avoiding all opportunities for exposition (the relationship with his ex, Blindspotting's Janina Gavankar, is beautifully slow-burned) and challenging your preconceptions about alcoholism and addiction by unravelling this self-destructive, almost impossible to like character.

Gavin O'Connor worked wonders with his powerful, emotional through-line for Warrior, eliciting a career-high performance from Nick Nolte no less, and he gave Affleck something different to do in the atypical action thriller The Accountant, and this very personal project is a tremendous effort on both their parts, tragically overlooked due to its delayed lockdown release, eventually dropped inauspiciously on digital, and now perhaps given a more mainstream disc release for audiences to finally investigate one of the best performance-driven films of the year.

Finding the Way Back Blu-ray Video

Finding the Way Back comes to UK Blu-ray courtesy of Warner. The disc presents a 1080p/AVC-encoded image in the film's original aspect ratio of widescreen 2.4:1.

O'Connor enjoys a more honest, gritty, unpolished style, as is evident from his previous works, and Finding the Way Back wears its modest budget on its sleeve, but also looks appropriate to the subject, whether in the court or in the bar. Detail is generally very good indeed, at times even excellent, really dialling in the focus on Affleck's a-picture-says-a-thousand-words weary look, and thousand-year-stare. The colour scheme is natural but again appropriately restrained to reflect the settings, and overall it's a very nice, technically possibly even demo quality presentation, even if you would probably never use it as such.

Finding the Way Back Blu-ray Audio

Finding the Way Back enjoys a healthy and perhaps somewhat unexpected Dolby Atmos track which delivers some welcome immersion, particularly evident in the court / crowd scenes, even if it doesn't have a huge amount to do otherwise.

Dialogue comes across clearly and coherently throughout, given priority across the frontal channels, whilst effects enjoy a little more space across the array, with occasional LFE impact from the veritable on-screen impacts, with the subdued but perfectly selected score giving further emotional weight. For 3D object-based immersive audio, Finding the Way Back is never going to be anybody's go-to demo choice, but it's a welcome enhancement nonetheless, doing the best it can with the limited material.
﻿

Finding the Way Back Blu-ray Extras

Warner hardly push the boat out in the extras department which is a shame really, as a Commentary alone could have offered some remarkable insight into the behind the scenes story here.

Nonetheless we get a couple of short but decent enough Featurettes which tease some of the truth behind the scenes, looking at the story but also looking at Affleck himself, and the personal struggles that informed his character. It's good stuff.

Finding the Way Back Blu-ray Verdict

Finding the Way Back - known simply as The Way Back in the US - is an underrated gem from Affleck, in a year when the best we can hope from is some nice little gems left behind as all the bigger releases run for the hills.

Well worth picking up

Warner's Blu-ray release of Finding the Way Back is a good release, delivering very good video and Atmos audio, and a couple of short Featurettes too. If you've not caught it yet, it's well worth picking up.