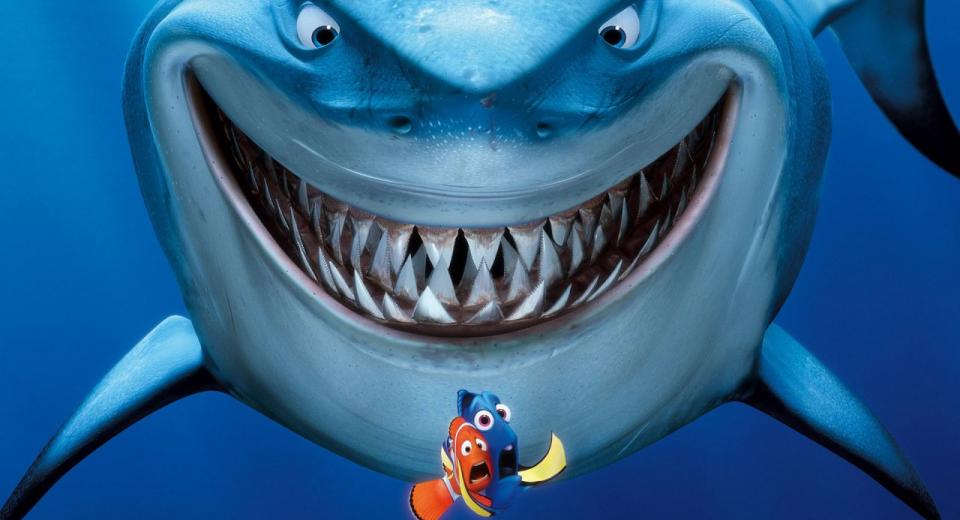 This review is focussed solely on the 3D version of the movie, though the 2D version is also included in the package.

It's hard to imagine a more difficult setting to ensure a flawless image than that of a film set entirely underwater, but Finding Nemo's 1080p AVC encoded picture is just about as flawless as you can get. As you might expect with digital media, it's brilliantly presented here with a luscious and deep visual presentation, and the addition of the digital source 3D remodel means we get to see this marvellous tale unfold in spectacular fashion.

Firstly, the image itself. I couldn't find any artifacting or unwanted noise or banding issues at all. It's perfect. The 3D being from the original digital source is exemplary, and right up there with my favourite 3D video presentation to date - Hugo. In fact, I'd maybe go so far as to say it's even better. The underwater setting seems to go on forever into the screen, and there's plenty of tantilising negative parallax on show here, with rocks jutting out of the foreground and fish swimming in front of your face. A lot of the silt and tiny segments of stuff floating around look like you could almost reach out and touch them. No sign of any unruly ghosting or crosstalk, and the colours lose literally none of their vibrance. the picture remains incredibly sharp and despiute being a naturally dull setting, all the colours pop off the screen like nothing I've ever seen before.

As a fan of the movie, I'm delighted that the team managed to pull off such a skillful 3D presentation, as it really feels like the movie has been given a new leese of life. Anyone who hasn't seen the movie yet (where have you been!), I'd strongly urge you to check out the 3D version first, providing you have a decent 3D display of course. It adds so much to the enjoyment, and it's a totally new experience for this timeless classic. Expecting there to be flaws with something on this package you may well be, but I can assure you that there are no flaws in this brilliantly deep and thoroughly explosive Dolby TrueHD 7.1 surround audio presentation. It's literally stunning. Dialogue is crystal clear and cuts through absolutely everything else perfectly. With the sounds of the ocean constantly humming in the surrounds, they never get tiring to listen to, and it provides such a breadth of space behind the main mix. Sound effects are clever and perfectly balanced across the entire speaker array. Whooshing and whirring schools of fish spinning around are staggering, and relentless. The crackle of the jellyfish's stings as they push through the swarm of tentacles are sharp and crips sounding. It's absolutely flawless once again folks.

Dynamic range is good too, with plenty of space for bigger sequences to utilize, and there's no lack of sub action either. Again, it really doesn't get tiring at all though, and it's use, though frequent, is delicate and never descends into boomy territory. All this is complimented by a beatuiful score from Thomas Newman that sits perfectly in the mix and is never overbearing or gratuitous.

All in all, this is just about as breathtaking an audio presentation as you're likely to hear. Quite a decent offering on the whole for this Blu-ray package, certainly plenty to be getting on with.

On the 3D disc, this is the only special feature available. It's a collection of seven different 3D scenes on a loop of up to an hour in some cases. Beautifully rendered, and with soft soothing sounds of the ocean to accomapny it, it's quite a nice experience. Though utterly captivating to look at, I fail to see how anyone in their right mind would sit with 3D glasses on for more than a few minutes to watch these. Though they make quite a showpiece for the wonderful 3D, it's probably something I'll only break out on the rare ocassion that I want to impress someone who's never seen 3D before. Quite odd, but also quite an intriguing feature

On the 2D disc, there's only one setting, but it loops for a whopping 5 hours and 7 minutes. perhaps a nice atmosphere for putting young children to sleep to.

A short movie that was created 6 years before Toy Story by Pixar. It's a little tale of a snowman trapped inside a snow globe who wants to get out and enjoy the summer sun with the rest of the toys and ornaments on the shelf. It proves just how far Pixar have come since the early days, but the story telling skills are there from as far back as 1989. Nostalgia indeed.

A 17 minute roundtable discussion with crew from the project reuniting to discuss the production. Helmed by Stanton and with inserts of concept art. The discussion touches on the difficult first chapter with the barracuda and how it remains a difficult scene for people to show their kids. With parallels between Nemo and Bambi drawn, it's an interesting topic. All in all, well worth watching this one.

A 15 minute look at the submarine ride at Disneyland and how Pixar helped reinvent the ride by bringing Finding Nemo and it's colourful characters into it.

Pretty self explanatory. Interesting to watch how the opening could have gone. Definitely better the way it is now though tht's for sure.


A Lesson in Flashbacks

An 8 minute look at how difficult it can be to do flashbacks properly in movies, and how Andrew Stanton had planned to tell the majority of the backstory throughout the movie in flashback form. Thank goodness he saw sense and decided not to follow this one up. Finding Nemo is a heartfelt tale of a father who loses his only son, and sets out on an incredible journey to bring him home. As he travels across the sea trying to find his son, he meets all manner of weird, wonderful and often scary creatures. It's another accomplished warm and reassuring story from the studio that brought us Toy Story and Monsters Inc. With excellent vocal performances from Albert Brooks and Ellen DeGeneres, this is a truly epic family foray and it's a timeless tale that shouldn't be missed.

The 3D Blu-ray package consists of the 3D and 2D movie transfers, and both are qually as stunning both visually and in the sound department. It comes in a cardboard slip, and there's a lenticular image in the front. There's plenty on offer by way of additional content, and included on the 3D Blu-ray is a series of wonderfully presented 3D "Aquarium" scenes. The only downside is that you have to wear the 3D glasses the whole time, which after an hour of the same scene looping might get a little tiring.

On the whole, this is a brilliant Blu-ray package, and one that I'd have no hesitation in recommending to anyone, even if they aren't a fan of animated movies. Top marks on the whole, despite it dropping a couple along the way. Excellent work, Disney/Pixar, and not before time too!