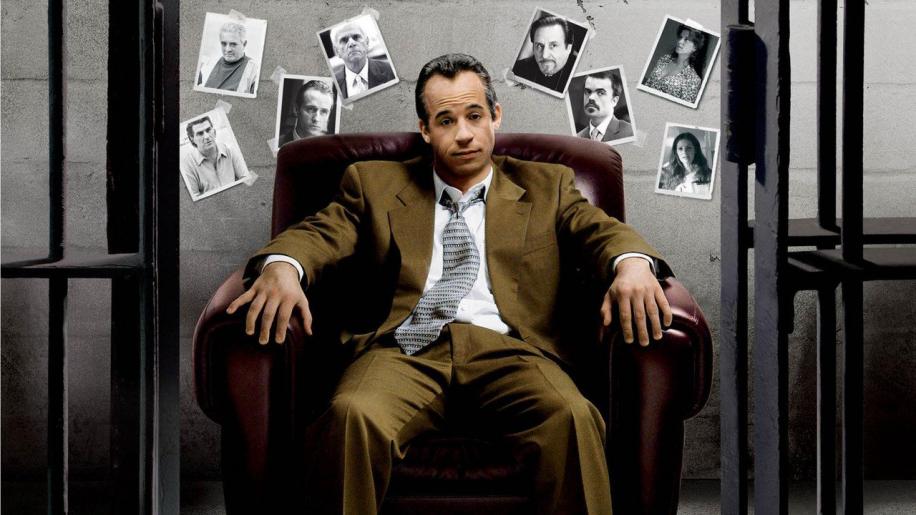 The disc has a theatrically correct 1.78:1 aspect anamorphically enhanced for widescreen TVs which was shot in Hi Def and on the whole looks really quite good. Colours are seen as rather drab, the court room is a drab place, and subdued but there is no wash or bleed. Brightness and contrast are set well, blacks are black, even though the film rarely uses them. It is suitably detailed holding edges well. Digitally there was some nasty posterization in the scene where Jackie is first approached by the prosecution, a brief area, and after than I spotted no other compression problems, no edge enhancement either. The Hi Def print was as pristine as it could be. On the whole a very good picture. Only the one sound track to choose from, an English Dolby Digital 5.1. The film doesn't need the 5.1 treatment, and in fact rarely uses all speakers. All the dialogue, the bulk of the film, is concentrated from the front. The jazz score, and occasional nod to The Godfather (1972) trumpet, did make use of the rears and had some decent left right separation, the only time we gat any sort of effects. The range was a little bass light, but again the film doesn't really need it, even though the voices were suitably tonal, Diesel's gravely voice did sound a bit weak at times. A distinctly average track at best. Only one real extra for the disc, a conversation with Sidney Lumet, which is a very poor effort; nine chaptered segments that can be watched individually or all together, but only last for about four minutes in total. What he has to say is reasonably interesting, but overall it is far too short and a real wasted opportunity. There is also the films theatrical trailer and some TV spots as well as a trailer for My Cousin Vinny (1992) - why? - listed as extras and I guess strictly speaking they are, but again oh so weak. Very disappointing. It is a shame this disc, as a package, is rather weak, because the film itself is actually quite good. Great picture, ok sound and rubbish extras might not spell its death, but with a sleeper title such as this a rather grander package might have been more advantageous. However, if you're in the mood, this is a fine way to spend a couple of hours.