Shadowbringers comes highly recommended. The new content is all fantastic. 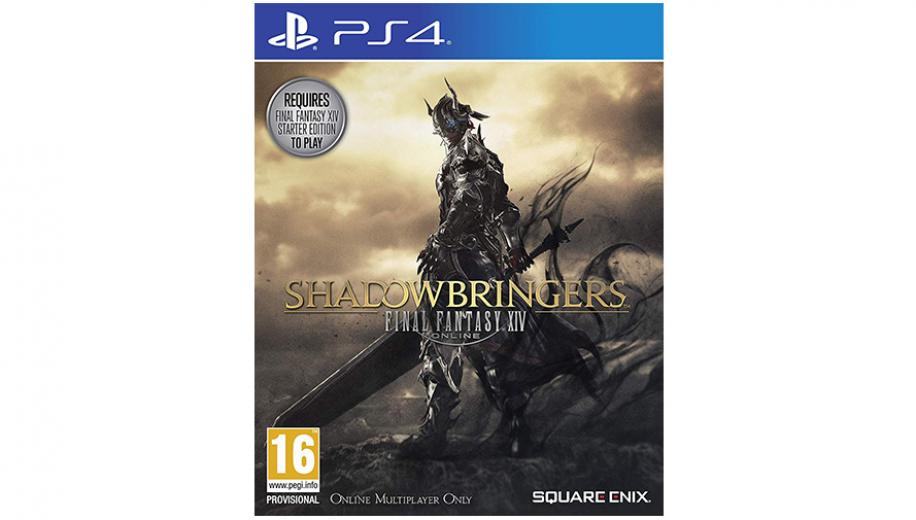 Massively multiplayer games can be incredibly daunting for newcomers, but the best ones are often those that extend a hand to beginners and try to make them feel at home in a new online world. Final Fantasy XIV is most certainly one such highlight, cleverly helping JRPG fans adapt to the radically different climate of an MMO by surrounding them with familiar characters, concepts, and music that take the edge off. It's been six whole years since FFXIV emerged in its current form – the original 2010 release bombed hard, sending the team back to the drawing board to try and turn XIV's fortunes around, and they managed just that. Today, it's one of the most popular and successful MMOs on the market and with all the changes made by this latest expansion, there's never been a better time to jump back in and visit (or revisit) Eorzea.


Combat has been given a major overhaul

One of the most significant changes comes not as part of Shadowbringers itself, but the 5.0 update that ushered in this dark new expansion: combat has been given a major overhaul, and every Job has had a complete refresh. The removal of TP as a resource means melee classes can be a little more liberal with their abilities (especially ones like area-of-effect attacks that were previously quite costly), while some skills have been removed entirely to stop hotbars becoming too bloated. Square has been really smart in streamlining the experience of managing a lot of different ability buttons, particularly in the way some now change contextually rather than having every different part of an attack chain assigned to its own button. There are also some fundamental system changes that have been met with a mixed reaction from fans. Enemies hit harder than ever in activities, in turn seeing Tanks beefed up to be able to take more damage and hold hate better, while healers lost a lot of their damage-dealing potential and need to spend more time focused on friendly health bars than hostile ones. There's still work to be done finding a better balance between Square's vision of these changes and what players want and expect, but these things tend to shake themselves out over the course of a few patches, so it'll be interesting to see how each role changes in the coming months. Thanks to all these changes and more, Jobs themselves generally feel quite different, and to pretty extreme extents in some cases. Most players will be able to clean up their hotbars and adapt to the new system quite quickly, but certain classes (notably Summoner and Mechanist) have changed so much that they could almost be new Jobs. It'll ultimately come down to personal preference, but we're big fans of how a lot of the classes feel right now. Final Fantasy XIV is starting to show its age visually, but that's something that only really comes to light with story-based content. When the camera pulls in close for event scenes, basic geometry and some sketchy textures give the game a decidedly rough feel, which is in contrast to how it comes across during general play. A combination of great art style, liberal use of neat effects, and a more distant viewpoint makes a lot of the areas – particularly some of the quirkier new ones for Shadowbringers – look striking and often genuinely beautiful. The heavy narrative-led nature of a major expansion such as this means you'll have to take the rough with the smooth in this regard, but it generally looks pretty good for a game that's six years old and is so densely populated with players.


One of the most popular and successful MMOs on the market

Audio is another matter entirely, with generally solid voice work (even if we are still getting used to some of the actor changes several expansions later), and the music team has once again absolutely smashed it out of the park. It's a crazily eclectic mix of styles and feels, as ever a mix of new material, themed pieces, and reworkings of popular FF classics. A clear highlight for many fans will be the wonderful rearrangement of FFVIII boss theme Force Your Way that accompanies several encounters in the new eight-player endgame Raids, although the new stuff is generally excellent as well.

You might want to turn off the old mount-specific music that plays instead of the new tunes, mind, as you'll likely not be doing a whole lot of exploring of these massive new areas on foot. These new locations make fantastic use of the expansion's alternate dimension setting to deliver some of the strangest and most elaborate areas yet, and with only one exception (the rather barren desert-like Amh Araeng, which looks and feels awfully similar to the base game's dusty Thanalan maps), they're a joy to explore. The story path also sets off in a gently non-linear fashion, meaning that you're not confined to a single zone at the start and can see a bit more of the world from an early stage. As ever, the story is fantastic, too – a genuine highlight of the game in a genre where narrative so often tends to be little more than an afterthought. One key addition we haven't touched on yet is the Trust system, where new dungeons can be run with NPC party members rather than having to form a group of four players or queue up to run them with strangers. Square previously trialled something similar with Command Missions, although this was limited to just select dungeons with simpler mechanics. Here, though, every dungeon from the main storyline is open to NPC parties, and the fact that allies actively do most of the mechanics during boss battles makes Trust an enjoyable hands-on way of learning how each encounter works, rather than just pulling up guides on YouTube.


As ever, the story is fantastic

There's also the added benefit of having an infinitely patient and forgiving party should you not be too confident in your abilities, which is great if you want to try out a new class or get back into the swing of a role without fear of snarky comments and ragequits. We've found FFXIV's community to be generally really good, but there are always going to be a few bad eggs in a game with so many players. The dungeons themselves are more straightforward in layout than some that have come before, making up for this relative simplicity with epic boss battles that all have their own bespoke mechanics to master, and they're a delight to run again and again... which is just as well, as you'll be seeing a lot of them if you want your AI allies to reach maximum level.

The two new Jobs are both great fun, whether you choose to protect your party with a fancy gunblade or style your way through combat as a flamboyant Dancer. Gunbreaker being a new Tank class has helped speed up Duty Finder queue times, and it's both satisfying and flashy in how it holds up packs of enemies, not to mention it's also capable of putting out some pretty respectable burst damage via a six-part chain combo that unlocks at level 70. Dancer is somewhat similar to Bard in that it's a ranged DPS class with an emphasis on granting buffs to allies, and its free-flowing nature makes it a neat change of pace for anyone who isn't fond of the more rigid ability rotations common to a lot of other classes. As mentioned, heavy changes to a few old Jobs also make them feel completely fresh, so it's worth making use of FFXIV's Job-switching freedom to try out something else – you might find a new favourite role in an unexpected place.

Shadowbringers is yet another excellent package from Square Enix, and the best part is that we're only just scratching the surface. FFXIV's major expansions typically roll out over the course of two years or so, with regular patches adding new activities and gear so there's always something to chase.

This expansion cements FFXIV as one of the best massively multiplayer games available today – comfortably the best on console – and it's great to feel so excited and enthused about a game we've been playing for six years already. Whether you're a like-minded veteran looking to jump back in or a newcomer interested in getting involved, Shadowbringers comes highly recommended.

The new content is all fantastic, although it's probably worth noting for anyone just starting out that there's months worth of content in the base game and the two previous expansions (which are included with Shadowbringers) before you even get to the new stuff. Fortunately, that's all great as well, but the sheer volume of content here means it's worth knowing what you're getting into... like any other major MMO, FFXIV is quite the commitment, but one that we've found to be worth every moment.