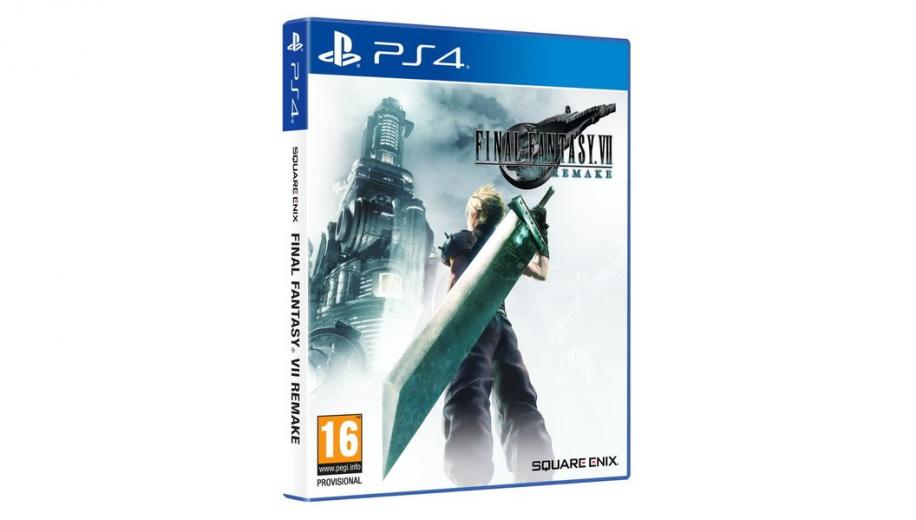 Remasters have been big news this generation of gaming, and it is easy to see why. Not everyone has been gaming since the 80s/90s, so repackaging true gems from yesteryear and giving them new leases of life often makes sense for both developer and player.

It doesn’t always work - some “remastered” titles have simply proved to be creaking dinosaurs wearing a new shade of lipstick. But, when a much-loved classic is given sufficient care and attention in its reimagination, it can appeal to gamers both young and old - those seeing it for the first time as a contemporary title, and those looking for a slice of nostalgia.

Final Fantasy VII Remake is just such a game. The original was released in 1997 for the first PlayStation console and proved to be a massive hit, being the first major Final Fantasy to break it big in the western world.

It was then smartened up a bit in 2012, with a HD remaster for PC, but this latest Remake is an entirely different kettle of fish. It has been rebuilt from the ground up. The characters, scenarios, plot and many of the boss battles are the same, but the graphics are totally different, the score has been rerecorded, and the text-based dialogue is replaced by full voice acting.

The game has also been greatly upgraded when it comes to combat. While you can choose to play it in “classic” mode, whereby you will be presented with turn-based battles like the original, the Remake shines at its best when you opt to play with free-flowing, action-oriented combat, more in keeping with modern Japanese role-players – even Final Fantasy XV.

Not only does it feel more tangible, like you’re actually interacting within battles rather than playing chess, it speeds the adventure up no end. Where battles in FF VII (and other old Final fantasy games) feel stop-start, with each encounter halting the flow, the new combat system enables you to swipe and chop your way through a fight with a more natural rhythm. Boss battles can feel a little harder, we must admit, but that adds an extra element of fun in itself.

Cleverly, even with the new combat system, some of the original game’s DNA lingers, as your cunningly timed swordplay needs to be matched with the use of spells, items and abilities, available through a pop-up menu that slows play down a little while you choose. But, this combination of button mashing, timed attacks and RPG-style magic and potion selection works wonderfully well and makes this feel like an entirely original game.

Boss battles can feel a little harder, we must admit, but that adds an extra element of fun in itself

Some things can’t be changed, however. Lead protagonist Cloud Strife - a darling to FF fans everywhere – still comes across as a stroppy teenager to us, even more so with full voice acting. And, some of the other main characters have some really hokey lines that aren’t that impressive when read aloud. Plus, the overarching story of ecoterrorism and evil corporations may be even more relevant today, it’s still cheesy.

However, to be honest, that’s part of the appeal of any Final Fantasy game – most JRPGs, in fact – and essentially add to its charm. And, you’ll likely forgive every over-the-top outburst, expression and cringeworthy script flourish when everything looks so darn good.

While Final Fantasy VII Remake runs at a locked 30fps on both PS4 and PS4 Pro, there is a clear jump in resolution on the latter, more powerful machine. It never seems to quite hit native 4K, but certainly gets close enough to look great on both a smaller, 49-inch LED TV and a 65-inch LG OLED. We suspect it utilises dynamic resolution tech, which raises and lowers pixels a little depending on the scene, but it consistently looks truly spectacular.

There is a splendid use of HDR too, which is most noticeable during the first act. It starts at night, with most locations being shrouded in darkness and lit boldly. A decent TV or projector will therefore show great depth to pictures. Even in later daylit scenes, the HDR images present realistic tones without being overblown by brightness or saturation.

Our only gripe with the game graphically is that the default camera angles can sometimes make battles hard to follow - although you can change them in the settings to best suit you.

The audio on the game is reassuringly deep and involving, with a new orchestral soundtrack based on the original musical score. The soundtracks on Final Fantasy games are generally among the best in gaming, and this is no exception.

In all honesty, for this kind of game you don’t need the spatial surround effects of a, say, first-person shooter, but it’s nice to be enveloped in something so cinematic when the drama rises and dips - especially so during big boss fights, which are lent more tension thanks to superb instrumental arrangements.

The new combat system is a particular highlight

Final Fantasy VII Remake has been a long time coming – having first been announced during 2015’s E3 videogames trade show – and thankfully it matches expectations.

It looks stunning, sounds great and there are enough gameplay swerves and additions to turn a 1997 classic into a game befitting this generation of consoles. The new combat system is a particular highlight, turning a slow, turn-based mechanism into a fast, flowing fight fest.

That’s not to say it isn’t a little cringeworthy at times, and some might be put off by the sometimes suspect politics in the plot, but there can be no denying that it provides a perfect slice of escapism at a most opportune time.

Indeed, if this is the result of Square Enix looking into its back catalogue for inspiration, we’re more than happy to have further remakes: we’d be more than happy with a remade, modernised version of Final Fantasy VIII too. Only saying.