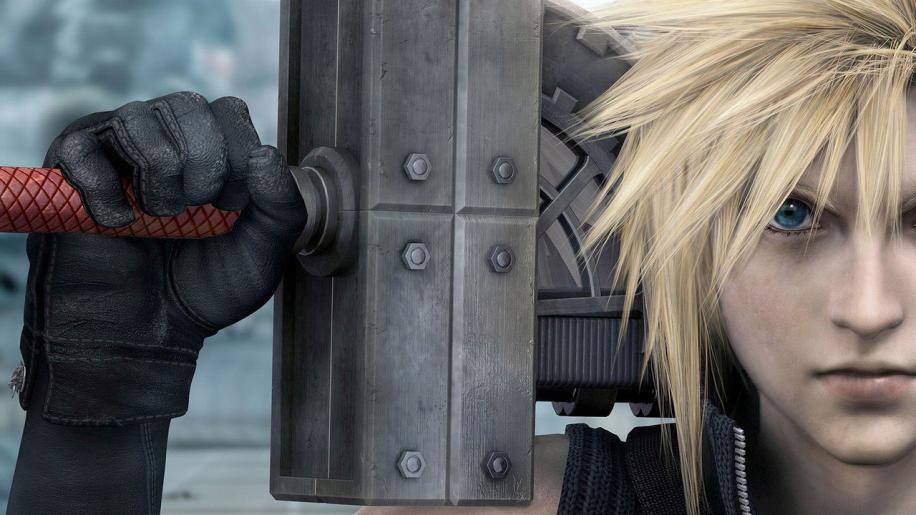 The world of videogames has had a somewhat troubled foray into that of the motion picture industry. In the past few years we have seen a divergence of the two media, with console games striving for the artistic acceptance that has long been established in the film-making business. With profits for the games industry eclipsing that of its big screen rival, there was an inevitability that a crossover would occur. On the one hand we have seen a steady progression in the power of home consoles and thus their ability to recreate filmic sequences has increased. This usually performs little more than plot exegesis in order to force the next action sequence but there have been efforts made to incorporate the emotional impact of actions and the like by harnessing such technological leaps, though they remain firmly in the minority at this point. On the other side of the equation, with such a profitable market that has been dormant and untapped representing a well of bank notes to be plundered, the movie executives have been keen to cash in and force this convergence of media by producing big screen versions of the stories contained within fan favourite videogames. Unfortunately for all those with a love of gaming these have often been both produced and directed by a certain Mr Uwe Boll (thankfully unconnected to this film in any way). If you are unfamiliar with his silver screen adaptations of House of the Dead, Alone in the Dark and the Bloodrayne trilogy then I can only envy your situation.

Thus you can perhaps understand my, and many other fan's, trepidation when such an iconic videogame such as Final Fantasy VII is touched in any way. By far the most lucrative in the series of iconic RPGs (Role Playing Games) by the studio Square Enix, this instalment has already seen various off-shoots in gaming forms that have received wildly varying receptions, from the complimentary to the downright dismayed. This is also not the first major sortie into the world of computer generated films for the studio, with 2001's Final Fantasy: The Spirits Within being criticised in some sectors for simply not feeling like a Final Fantasy game. On the plus side, the level of expertise displayed with the graphical representations of the world was immense to say the least. Although the story lacked the verve of the universe it sought to represent, the manner in which it was realised gave fans great hope for any future productions. So it was that four years later the team finally came to show the project which had been keeping them busy for the interim period, Advent Children. Not only was this to be a true Final Fantasy film, incorporating key characters and events from the universe, it harnessed the most potent and loved of all the instalments, number VII in the series. A landmark title not only for the franchise but for videogames as a whole, which gave players of this interactive medium arguably their most emotional moment and displayed that such a button bashing pastime could in fact have a level of depth to it.

This pre-amble may seem excessive but it is important to note what kind of territory the producers of this film were stepping into when they decided to make it and the potential pitfalls that could have befallen them. Taking place two years after the end of the videogame, we encounter a post apocalyptic world that is struggling to come to terms with the aftermath of the events of the game. A brief recap for those who are unaware of the background story is perhaps in order. Known for their long cut-scenes and meandering storylines, the Final Fantasy games can be a little hard to sum up simply, so I will try to keep this succinct. Essentially number VII told the tale of a mega-corporation's use of the life force of the planet in order to produce energy for the masses. Into this scene stepped the protagonist Cloud Strife, who joins forces with a rag tag bunch of individuals intent on stopping this action which will only end in Armageddon. It sounds like an eco-warriors dream but it became far more complex at heart that this précis can convey. The key points are that by the end Cloud had lost a loved one, the villain Sephiroth, who harboured plans for an annihilation of all life, was vanquished and the city of Midgar was all but destroyed.

As the film starts to unfold we learn that in the interim two years Cloud has become distant to his loved ones and lives a more reclusive existence, his friend Tifa has reopened her bar Seventh Heaven and cares for orphans there and the population of this broken mess of a civilization is seeing its inhabitants struck by a phantom illness named “geostigma”. The rabble of heroes who joined to defeat the Machiavellian forces in the videogame are now dispersed across the planet, all with their own agendas and goals. This may be seen as a negative for a film that places the use of nostalgia and knowledge of the universe so readily at the fore of its appeal but in truth it is more liberating for the story. It allows the viewers who know little of the back plot to enjoy the opening segments and get to understand what is going on (as much as they can). It also places the emphasis firmly on fans' favourite, Cloud, as he becomes the hub around which everything revolves. We are not forced into side stories of the peripheral cast to the extent that it takes away from his use as a focal point. Make no mistake, like the game before, this is very much his story.

This though is where the first flaw with Advent Children raises its head. Being so pre-occupied with the emotional troubles of Cloud, the writers clearly have been forced to tread a fine line. They have utilised his most devastating moment for the game to its utmost potential and it is done in such a manner that it complements the aforementioned experience perfectly. However, to make the most of its impact, it has been obviously seen as necessary not to explain in great detail what exactly is going on with this ethereal voice that our protagonist hears and the splashes of water seen. Their significance may be obvious to those familiar with Final Fantasy VII, but to those wishing to view this as a newcomer, hoping to witness nothing more than a great CG movie, this can be thoroughly perplexing. The mystery figures of Kadaj and his brothers, replete with their silver hair and strange talk of a quest for “mother” may start to rings bells with those familiar with the game, but for the rest it will simply appear to be another example of a Japanese sci-fi animation that borders on the weird and perplexing.


Once everything is stripped away from this movie, the opening lines ring the truest when trying to sum up the experience; “To those who loved this world and knew friendly company therein: This Reunion is for you”. Put simply, this was made first and foremost for the fans, and for the most part this goal is well realised. The duration is littered with small moments when those well versed in the lore of Final fantasy will find themselves getting wistful flashbacks, such as the incorporation of the victory theme from the game, once a battle had been won, being employed as Tifa's mobile ring-tone. It is also a pleasure to see during one key battle, the other members of Cloud's party (in the videogame) suddenly spring up on our screens when he is in most need of help, gathering in unison in order to help him perform a limit break. From Barret to Tifa, Sephiroth to Bahamut, materia to limit breaks, the myriad aspects of the source material are littered throughout this continuation of the plot and really help the pacing gather momentum as they all get in on the action.

Which is perhaps the one place that fans might actually feel a little let down. The film calls on many a set-piece to keep things moving, starting with small scale skirmishes and rising steadily to the conclusion. Only they don't. The largest battle, and the one most are likely to truly gape at in awe, is not actually the final encounter. True, the last fight is the one that contains the most emotional significance, but videogamers have come to expect these battles to get grander and grander in scale until a gruelling boss fight which must necessitate the use of special moves and several combatants. Advent Children throws the largest enemy at us closer to the half way mark and thus the climax can feel slightly half baked. It is still, as with the rest of such sequences, well choreographed, but other than the extra drop of blood (which you should note is suitably missing from the rest of the film), it is merely a two man duel. The argument could be made that this is actually the more authentic of the fight sequences, as it lacks the over-the-top acrobatics of the others, but for the neutral, unaware of the significance of the opponent Cloud faces, the ensuing battle will be seen as an anti-climax. This perhaps best typifies the film then, from the fans perspective all is in alignment to make for a wonderfully nostalgic and gripping experience, yet for those coming to this as a computer generated action movie with little knowledge of its roots, it may feel unbalanced. If anything, this stands less as a film and more of an accompaniment, whetting the appetites of those desperate for the thirteenth instalment in the franchise. It may lack the genuine tension of gruelling through a crunching boss battle yourself, but it ticks all the boxes of a great Square Enix cut-scene, elongated to motion picture length. That it encouraged me to buy Final Fantasy VII again for my PS3 was also a welcome bonus.