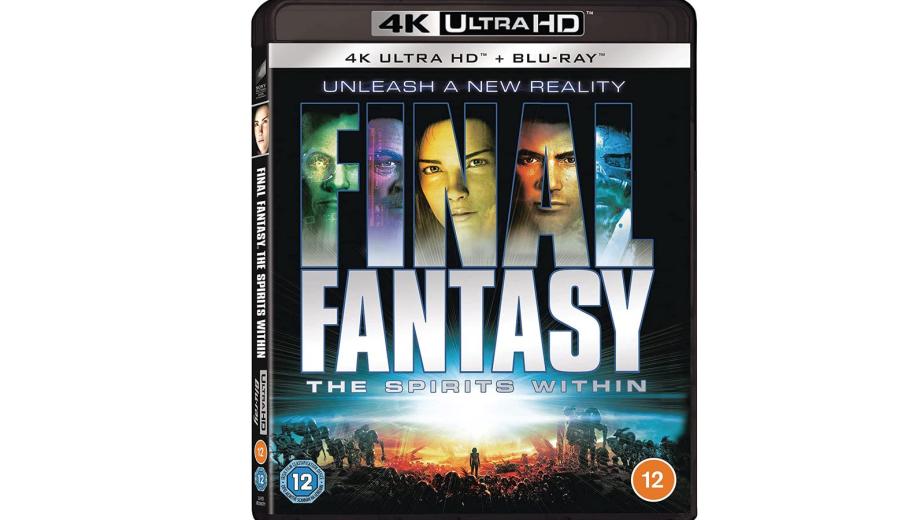 Final Fantasy: The Spirits Within Review

Celebrating its 20th Anniversary in style, The Spirits Within - which bankrupted a Studio - is still the best Final Fantasy movie, even if it has precious little to do with the videogame series.

Once again, expectations are everything. Back in 2001, the then already 15-years-in, 10-instalment-strong Final Fantasy videogame franchise had a big enough fanbase to justify branching out into the movie realm, with hopes that this would attract a much wider audience. With the videogames already known for their stunning effects, no expense was spared in bringing the animation to life, with CG studio Square Pictures - working with Sony - tasked to produce the then-closest photorealistic CG animation the world had ever seen, in an effort to better replicate facial movements and expressions and progress the evolution of both videogame and movie effects.

Unfortunately, nobody had faith in the form, narrative or ideas of the videogames themselves (perhaps a not wholly unreasonable stance given some of the later movie instalments) and instead embarked upon creating something almost completely new - a new central character and a new tale of an alien invasion threatening to destroy the Earth. As a result, the film managed to both alienate ardent FF fans, who expected something more... familiar, whilst inherently alienating everybody else through its seeming exclusivity to those familiar with the games.

The story is actually basically a riff on Aliens meets Avatar (or its progenitors), but it's been given a wonderfully cerebral bent courtesy of the positing of a planet's spirit - or "Gaia" - being infested by some alien spirits. On the face of it they're basically tough-to-kill aliens that a bunch of marines need to wipe out, and that nefarious forces want rid of the hard way, but under the surface there's more to it, with only a single pioneering scientist and his protégé, Dr. Aki Ross, interested in meaningful solution to this epic clash of spirits.

The Spirits Within isn't a particularly accessible beast on a first watch - again perhaps largely informed by expectations - but it's a surprisingly rewarding revisit that really doesn't insult the viewer by spending vast swathes of the runtime on exposition, instead throwing you right into this insanely otherworldly situation replete with foreboding visions, tremendously cool advanced tech and glowing 'Phantom' enemies that are tough to kill and will literally steal your soul if they touch you. In some ways this is where the character design is the real limitation - as insanely good as the animation is (and it is, crazily frequently standing up some twenty years later, and looking a hell of a lot better than some of the CG used in that period) the lead character, voiced by Book of Boba Fett's Ming-Na Wen, is still slightly cold, making it harder to get behind her impossible quest. Joining her the likes of Alec Baldwin, Steve Buscemi, Donald Sutherland and Ving Rhames all do a fine job, whilst James Woods absolutely chews up the landscape as the antagonist of the piece. It's a great, recognisable voice cast, perhaps just investing that little too much in its picture-perfect but also strangely detached protagonist.

What is seldom less than impressive is the sheer scale of the piece. Sure, it's 20 year old animation, but you can see why it took a 200-strong team four years to render this, as much of it still looks tremendous to this day. Yes, some of the action - especially the explosions in close-up - can get a little wobbly, but dammit if those backgrounds, faces, tech displays, vehicles, don't all still look mighty fine, with even the narratively ill-advisedly ethereal Phantom aliens actually standing up surprisingly well as they tear their way through the expansive sci-fi landscape. No, The Spirits Within looks great, peddling rich, frequently cerebral sci-fi that is comparable to - although pleasantly different from - the likes of Ghost in the Shell, enjoying its "Aliens" moments (the team chemistry is solid, enough for you to care for their fates), and leaning into its valiant attempts at something a little unconventional in terms of blockbuster sci-fi action.

Spirits Within was, as detailed above, something of a labour of love. Square Pictures spent literally years working on this, frame by frame, image by image, going so far as to individually animate 60,000 hairs on the lead character's head. They doubled their original projected budget, sealing their fate when it came to the subsequent Box Office failure (it may have just about survived had they stayed in budget), but the plus side to this is that the effort really paid off in terms of longevity - even twenty years on the visuals hold up surprisingly well, and even more so in remastered 4K, revelling in the nuances of the intricately designed backdrops, the gorgeous sunsets, the cool blue-grey of the labs and night drops, and then the glow of those ethereal Phantoms, with HDR and WCG working overtime - really the Phantoms look astounding, sweeping across the frame with a gorgeous fiery energy to them, popping with palpable intensity. Tech glow is similarly impressive, and black levels are pretty decent too, with Spirits Within really standing out on the format, enjoying a veritable new lease of life.

Final Fantasy: The Spirits Within's 4K Ultra HD Blu-ray delivers 3D High Definition object-based immersive audio in the form of Dolby Atmos, and whilst it can't even come close to the best Atmos tracks available (don't watch this after Dune 4K), it is a decent upgrade over anything this feature has previously enjoyed in the way of aural delivery.

Dialogue remains well prioritised, largely disseminated from across the frontal array, whilst the score by Elliot Goldenthal does its best to give a little emotional weight to the proceedings and mount some veritable tension during the key setpieces, earning plenty of room to breathe over the array. Effects are well handled even if hardly reference, afforded a little dynamic action, a decent amount of LFE input and some directionality, crafting an immersive experience particularly during the more chaotic sequences, as Phantoms rise and spirits erupt. Explosions have some decent weight, and, overall, it's a noticeable step up over prior audio tracks even if it can't stand toe to toe with modern productions.

Sony's 4K release of Final Fantasy: The Spirits Within has zero extras on the 4K disc itself, but the original home release boasted a perhaps surprising plethora of extra features which are thankfully all included on the accompanying Blu-ray.

... a plethora of extra features

There are a couple of Audio Commentaries and a Subtitle Commentary, the complete version of Aki's dream, a set guide with Aki, an alternate opening sequence, some 'outtakes', an interactive Documentary, and a number of other featurettes detailing vehicles, characters and effects.

Considering just how impressive Final Fantasy: The Spirits Within looks even to this day, it's somewhat melancholy to reflect on what might have happened had it been a Box Office success instead of sinking an effects house which could have perhaps led to faster advancement in visual effects than we have seen over the last two decades. Sure, it's an undeniably flawed piece, but it has scale and ambition and a hell of a lot of rewatch value.

... another impressive package from Sony

The 4K release of Final Fantasy: The Spirits Within is another impressive package from Sony, boasting stunning HDR-infused video, a solid Atmos upgrade and all the old - bountiful - extras from prior releases, making it a worthy upgrade for fans and a decent recommendation for those interested in checking out a valiant failure that certainly does not deserve all the bad press it got over the years.