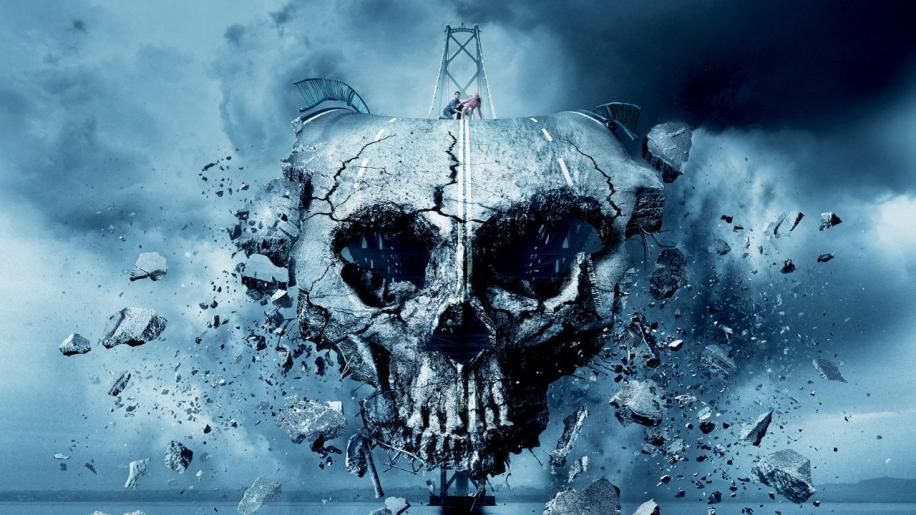 The very definition of a guilty pleasure

You could be forgiven for thinking how can there be a Final Destination 5, when the previous film was called The Final Destination? Well that film - which was also in 3D - was the most successful of the franchise, so despite the use of the definite article in the title as a way of putting a full stop on this series of ridiculous films, the producers found themselves in a quandary. What do you do when you can’t go forward? Well you go back...

Yes the premise behind Final Destination 5 is that it takes place before the first film and whilst this fact isn’t made explicit until the final scene it has been widely mentioned by the filmmakers in the marketing. Since these films lost any sense of logic years ago, the fact that Final Destination 5 is a prequel is largely irrelevant to the plot, at least until the last act denouement. Although even that isn’t a real surprise because if you’re remotely familiar with this series of films, the moment one of the characters mentions wanting to visit Paris you know exactly where the film is headed.

As always we meet a group of characters at the beginning and this time it is a bunch of employees on a work trip. Whilst their coach is stuck in traffic on the North Bay suspension bridge one of their group, Sam (Nicholas D’Agosto), has a premonition that the bridge will collapse. We then see the disaster as if it is actually happening, with all the principal cast being killed in various inventive ways, before cutting back to Sam and revealing that it was all a vision. Just like all the previous films, Sam manages to convince some of the workers on the coach to get off and they escape just before the bridge actually does collapse. The rest of the film then follows the characters as ‘Death’ bumps them off in the order that they died in Sam’s premonition.

The strange thing is that despite the fact that you know exactly how the film is going to play out, it never diminishes the enjoyment. That’s because the fun of the Final Destination movies is finding out what ridiculous new ways the filmmakers have thought up for offing their cast. The setups are often a tease, showing you a ludicrous series of dangers and chain reactions, like some demented health and safety multiple choice. This time around there is a death involving acupuncture needles and a statue of Buddha, there’s one involving corrective eye laser surgery and a fantastic accident involving a gymnast, some high bars, a screw, a fan and some chalk dust. You get the idea.

The filmmakers claim that they tried to make Final Destination 5 more serious after the almost comic nature of the previous film. Well if that was their intention, they failed in a spectacular fashion. The whole of Final Destination 5 is a laugh-riot from beginning to end. In fact you almost expect to see ‘Death’ at the edge of the screen, his boney hand holding a scythe as he giggles under his hood like some scene from Family Guy.

The film was shot in Vancouver with the Lions Gate Bridge being used for the opening scene, along with two scale models. The bridge collapse is by far the most spectacular disaster in a Final Destination movie and there is an interesting extra on the disc that shows how the scene was achieved through a combination of location photography, green screen shots, CGI and scale models. The deaths themselves are a combination of practical effects and CGI but with a greater emphasis on the practical effects than in the previous film. The effects crew obviously had a marvelous time as they eviscerated, beheaded, impaled and incinerated their way through the entire cast.

Speaking of the cast, it is made up largely of unknowns plucked from the TV schedules or Canadian casting calls, with lead Nicholas D’Agosto best known from the TV series Heroes. Perhaps the most recognisable actor is David Koechner who has appeared in numerous Judd Apatow movies as well as playing Todd Packer in the US version of The Office. It is also good to see Tony Todd back as the mysterious coroner who seems to know a lot more than he ever lets on.

The big selling point of Final Destination 5 is that it was shot in native 3D using digital cameras and since this is the second 3D film in the franchise, it has clearly benefited from the experience gained on the previous film. The use of 3D in Final Destination 5 is excellent with the filmmakers taking full advantage of the additional depth when framing shots. The 3D has a lovely natural feel to it and the photography is careful to avoid unwanted artefacts caused by things like reflective surfaces. The film is very bright and colourful which also adds to the impact of 3D, especially when dealing with the darkening effect of the glasses. Best of all the filmmakers don’t feel the need to be subtle with their 3D and rather than shooting everything in positive parallax to place objects behind the screen, they are happy to use extreme negative parallax and place objects in front of the screen. Some might find this unsubtle use of 3D to be a throw back but given the nature of the film, the extreme nature of the 3D really adds to the enjoyment of Final Destination 5.

There’s no question that Final Destination 5 is a guilty pleasure, the kind where you know you shouldn’t enjoy it but you just can’t help yourself. If you’re a fan of the franchise then you’ll know exactly what to expect and the filmmakers ensure that you won’t be disappointed. If you’re new to these films then Final Destination 5 is as good a place to start as any, after all technically it’s the beginning. The film will also appeal to fans of old school 3D, with plenty of objects flying out of the screen and opportunities to duck. After all if you’re going to shoot in 3D, you might as well have some fun with the process.