Earphones for Gaming, are you mad? 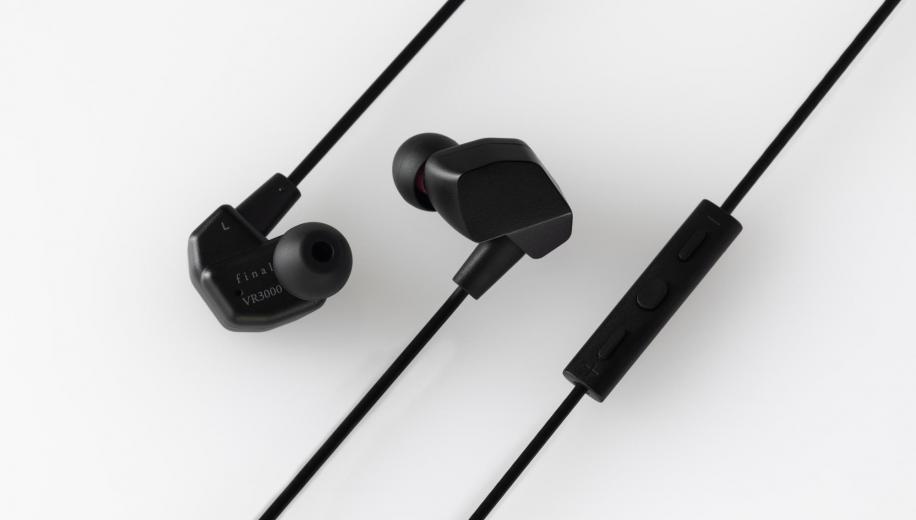 What are the Final VR3000 For Gaming Hi-Fi Earphones?

For high-end audio fans, Japanese company Final Audio may be a familiar brand to you, with its wallet busting £4,000 DR8000 Pro planar magnetic headphones and what are some of the highest priced earphones we have ever found, that being the company's £2,000 A8000 single driver IEM earphones. Yes, that’s right, £2,000 for a pair of earphones, which are literally worth more than their weight in gold.

Given that pedigree, we have high hopes for their VR3000 for Gaming Hi-Fi Earphones. Priced at a reasonable £69.99 these are clearly a different beast altogether to their A8000 earphones. Designed more for gaming than music, they include 6mm fast-responding high-fidelity dynamic drivers and 'a smooth and natural frequency response designed to produce vivid sound with natural spaciousness making sound come to life.'

Gaming earphones are a new product to us, we are more used to gaming headphones such as the amazing Audeze Mobius or the excellent ROG Delta S. With the Final Audio brand, we are expecting good results, read on to see how they perform in our review…

Cards on the table, I’m not a massive fan of earphones. My ears just don’t seem to be the right shape to allow them to sit comfortably without feeling like something has been forcibly wedged in my ear. But the VR3000 were a pleasant surprise. They are matte black with a chassis design that allows them to fit snugly in the ears without feeling forced. They also come with lockable ear hooks which attach to the cable near to each earphone, go over the ears and ensure the earphones stay in place regardless of the activity, such as using them at the gym or if you dare to go out into the diseased COVID wasteland of the UK for a jog.

Along with the ear hooks, included in the box are 5 difference sized silicone ear tips, which should help to get just the right fit for both ears. There is also a nice little black, soft, carrying pouch. The VR3000 are wired only with a 3.5mm jack 1.2m cable which features an inline microphone with 3 button control. The earphones are very lightweight coming in at just 20g including the cable.

There is a Final Audio app for these which allows you to add the serial number and register the product. Unfortunately, the English language version is not yet available and as I don’t read Japanese I cannot tell you anything about it!

The 6mm high fidelity dynamic drivers are Final Audio’s ‘f-core DU’ and feature a brass housing which is 'both highly resistant to the effects of magnetism and also boasts a high specific gravity.'

With no English app available and no wireless options, the setup is as simple as plugging them into a device that has a 3.5mm jack. Designed for gaming, Virtual Reality especially, we found the 1.2m cable length to be far too small for using with our PC. That cable length would be fine with a Virtual Reality headset or connection to console controllers, a smart phone or tablet, but it was far too short for PC use.

Whilst these are ‘For Gaming’, they can still play music. The soundstage is not one best suited to music as it is wide and natural to allow gaming sounds such as footsteps and distant gunfire to be detected easily, but when testing with our usual array of tracks from sources such as Tidal, the quality was very good. With orchestral tracks such as my go-to demo of Hans Zimmer's Live in Prague album you can really get a sense of the soundstage. It doesn’t work quite as well with vocal heavy tracks, although the detail still comes through with the likes of Sound of Silence by Disturbed. Granted, it may not be one for the audiophiles, but for £70 we were impressed. Our only slight negative is that the volume didn’t go quite as high as we would have liked.

Testing with the VR3000 For Gaming was another pleasure. It’s the first time we’ve ever played a PC game with a pair of earphones and it was a surprise at how well they worked. With games such as Battlefield 5, the ability to pick up the location of sounds worked very well and whilst it was perhaps a little high on the treble side for us (although not to that nasty cheap tinny level) overall, we had a positive experience.

Testing with the popular Cyberpunk 2077 and the VR3000 really come into their own. The atmospheric audio shines through and all the sounds of this immense open world come to life. Vocal audio was a bit in our face but this can be simply tweaked in Cyberpunk’s audio settings. The audio detail was excellent for earphones costing probably as much as this game will be when it eventually is released on the ‘next gen’ consoles. We don’t have a VR headset so can’t unfortunately test how well they perform in VR.

For £69.99, the VR3000 For Gaming Hi-Fi Earphones from Final Audio offer a lot for the money. Coming from a brand with a pedigree that Final Audio has, one that has a product line featuring a £2000 pair of earphones, we expected a lot and we certainly go it.

They are made for gaming, it’s even in the product name, so gives you some idea. But they perform very well for music too. Good bass levels, perhaps a slightly different soundstage compared to other earphones but overall excellent quality. With gaming they performed very well with an excellent sense of direction and 3D sound, especially in FPS titles and capturing the atmospheric world in the likes of Cyberpunk 2077.

Negatives are minimal with our main one being the short 1.2m length of the audio cable. Fine for attaching to a VR headset but unless your PC is right next to you, it’s far too short to be comfortable. The other negative was perhaps for gaming the treble is little bit high for our liking, but, at £70, the overall quality was very surprising.

Unsurprisingly, the earphone market is massive, most are likely to be wireless these days, so it is rare to find a wired set. At the £70 price point the options are aplenty but, if you are a gamer who struggles with sweaty ears when using headphones, these are definitely a set to consider.