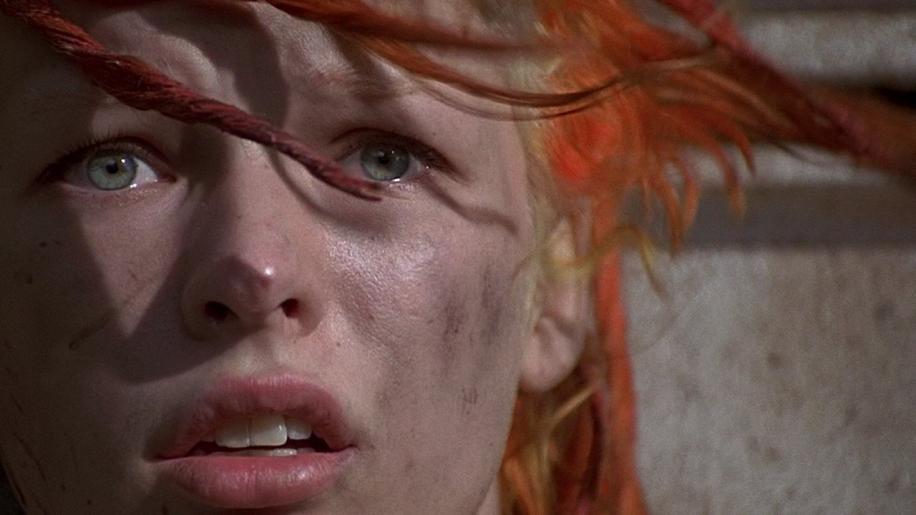 While there was nothing wrong with
the video transfer on Pathé's previous
Fifth Element DVD, time has moved
on, and so has the encoding quality
that we expect from a DVD release.
With Columbia Tristar in America
having recently released a SuperBit
version of the movie, the big question
is how Pathé's latest release measures
up to that.
To be fair, the SuperBit disc still
takes top honours (probably down to
the space used by the commentary
and the extravagant menus), but the
new high-definition optimum bitrate
transfer featured on this disc is still
great. Framed anamorphically at 2.35:1
the film looks vibrant and is packed
with fine detail that lends the image a
three-dimensional quality. Some minor
edge-enhancement is visible in a few
scenes (notably the backgrounds in the
Diva sequence), but this is a stunning
piece of encoding.

In addition to a suitably dynamic
Dolby Digital 5.1 mix, the big news
here is the inclusion of a completely
new DTS mix created from the ground
up specifically for this Special Edition
release. Compared to the Dolby Digital
mix, the DTS track is a real revelation,
offering greater detail and clarity,
better frequency response and slightly
more natural movement through the
surround speakers.

Those expecting a simple repetition
of the extras featured on the now
legendary German Special Edition are
in for a shock here, as Pathé has only gone out and gathered a mixture of
previously unseen and newly created
supplements for this release! Apart
from some very stylish animated menu
screens (with 5.1 audio) and the film
itself, the first disc also houses a
brand new audio commentary by
members of the visual effects team
who worked on the film. While a little
slow at times, the commentary goes
into plenty of detail about the creation
of the film's breathtaking imagery and
is well worth delving into.
Disc Two kicks off with Discovering
the Fifth Element, a 50-minute documentary
about the making of the film,
consisting of both new and archival
interviews with the cast and crew, plus
rare behind-the-scenes footage and
production art. Imaging The Fifth
Element runs for just over five minutes
and looks at the film's visual effects.
The Art of Jean-Claude Meziers is a
six-minute interview with the French
cartoonist who was the concept artist
on the film. An Audience with Diva
Plavalaguna is a look at the creation
of one of the film's most memorable
characters and clocks in at around five
minutes. The last of this collection of
featurettes and documentaries is
Elements of Style, a short look at
Jean-Paul Gaultier's costume designs
for the film.
Trailers and TV Spots houses the
teaser trailer, the theatrical trailer and
five TV spots. Also included on the
DVD is a gallery of miscellaneous
print material including posters,
concept art and newspaper coverage,
MTV's coverage of the film's Cannes
Film Festival party plus a short essay
about the history of the film and the
plans for a sequel entitled The Sixth
Element. There is a chance that the
package might contain an Easter Egg,
but after the nightmarishly difficult
one featured on Pathé's original DVD
release, it's no surprise that we weren't
able to find it.

Luc Besson's visually opulent sci-fi gets a
second lease of life on DVD courtesy of this
truly magnificent package.