A game of many halves 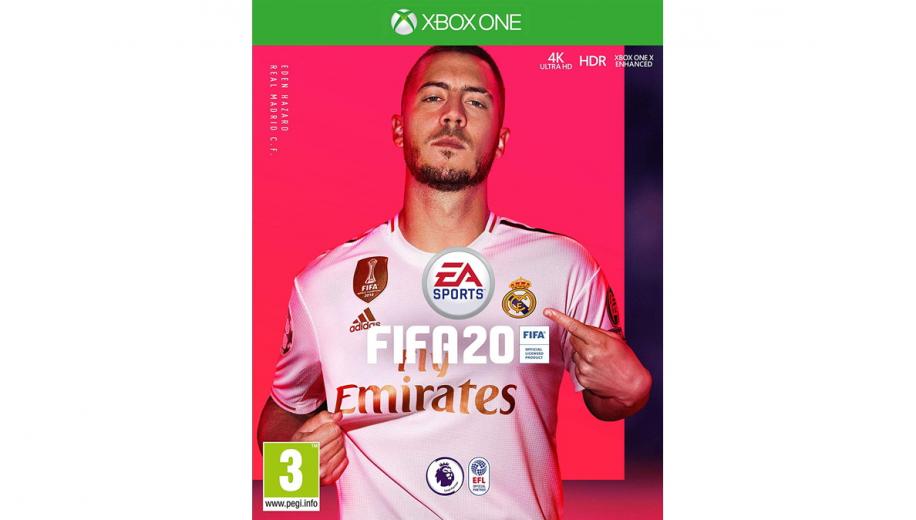 Ah, FIFA. Like Santa Claus and the Easter Bunny, its annual inevitability is now on a par with Death and Taxes - and, equally, each year the same arguments will rage over whether the updates and improvements in the new game make it worth shelling out yet another £50 for. Yet even if we can’t justify the expense, many will still succumb to FIFA 20 because, well, playing FIFA with Eden Hazard still in a Chelsea shirt just feels wrong, right?


In terms of headlines changes, the biggest new selling point is the street-wise Volta mode (it means 'to return' in Portuguese if you're curious). With ‘The Journey’ trilogy wrapping up the intriguing dramas of Alex, Kim and friends in FIFA 19, Volta doubles up as a new story-based experience, although this is more a case of cut-scenes linking the action rather than anything actively interactive beyond the usual wealth of customisation options.

Elsewhere, while there are some notable tweaks to the interface and further additions to the likes of FUT (FIFA Ultimate Team, if you’re new) and the Career modes, a lot of the fine-tuning has been done under the hood. A lot of it works, some of it doesn’t and most of it could be entirely personally based on your preferred modes and playing style. What hasn’t changed is how smooth and slick the on-pitch action remains, enabling rookies to have some fun on the lower levels while the pros master their skills for the eSports arena.

Along with Volta, your usual options to get the ball rolling in FIFA 20 are the assortment of matches, tournaments and skill games under the Kick-Off banner, along with ever-popular FUT and the manager or player Career modes. Most FIFA regulars will have their own favourites, whether it’s immersing yourself in the FUT universe that is essentially a game within itself these days, testing your skills online or tackling friends in your living room.

We’ll start with Volta which, despite EA’s protestations that it isn’t FIFA Street (or Indoor mode if you’re as old as us!), is hard to describe without some comparison. It offers a variety of 3v3, 4v4 and 5v5 matches and modes, with some pitches having walls to bounce off, while others are varying sizes, giving you quite a lot to play with – albeit on a largely similar theme but they can feel notably different on the pitch.


The story aspect drops you into the action as a relative newcomer looking to make a name for him or herself and, while the cutscenes do help to add a sense of purpose to your actions, it essentially boils down to a mini-career mode as you upgrade your character, and build and fully customise a team around you. As with the Player career, you get the choice to play each match as the whole team or as your player character, which is a great way to mix things up, but as everything is based on your star’s individual successes it pays to be selfish regardless.

Unlike the main gameplay, there’s no stamina stat, so you’re free to run around like a loon and the fast-paced action opens up plenty of spaces and opportunities for through balls and cool moves. Although comparable to FIFA Street, what we liked was how it doesn’t force you to play any differently or feel obliged to run through an assortment of tricks - though if you can you’ll look very cool in doing so. Instead, it can simply play out as a quicker and shorter and no-less entertaining version of the 11-a-side action.


It’s not perfect, as the AI can still miss open goals just as easily as you can if you’re not adept with the targeting system, and curiously there’s a lack of depth of AI players and teams as we found ourselves facing off against our own teammates more often than not. However, it serves as a largely enjoyable bite-size selection of fun football action for you to dip in and out of if you want a break from the main game - although we can’t see it holding much in terms of long-term appeal beyond some fast and furious battles with your mates.

Getting into the meat of the larger career-based modes, FUT sees the introduction of some Season Objectives, as well as Milestones and Foundations which add to the usual Daily and Weekly challenges. The Foundations are part of the learning process that newcomers can opt into and it certainly helps to explain things, although we did get dropped into a couple of challenge matches against seriously overpowered opposition early on, which was a bit of a kick in the footballs to our on- and off-pitch morale.

FUT Friendlies is another new feature, letting you play locally or online with regular gameplay or House Rules. The twist being that none of these count towards your club record or in-game progression, so it’s a place to test yourself without fear of suffering from a painful defeat. Some other tweaks to the interface make navigating your many options a little easier, while the overall experience is still one you can completely immerse yourselves in as you once more look to build an all-star team from scratch. Sure, there’s a pay-to-win element that will still grind away at some people, but you can just as easily enjoy a lot of success without splashing the cash.


Watching the AI knock the ball around was often a joy


The Career modes haven’t changed a huge amount, but that’s not really a bad thing as the core structure has been solid for quite some time. Press conferences and player conversations have been added, which ties into a new morale system. So as a manager, you might need to work out the personality of certain players and judge your answers accordingly. The aim is to offer these individual in-game mini-narratives, but the reality is you just aim to keep your star players happy, as happier players give better performances.

The Player career adds new preferred positions and even more customisation options. Interestingly, there is now a pay-off for simply maxing out your speed and stamina stats, so you’ll need to balance things a bit more evenly. Similarly, your size and weight can impact on your movement and the feel of your player on the pitch. Or you can just ignore all of that and stick yourself up front for your favourite team and start smashing in the goals for fun.

In terms of the overall gameplay, one of the major changes is linked to more composed and authentic finishing - where an easy finish under no pressure will be understandably much more straightforward than one with your back to goal while surrounded by defenders. For better or for worse the (entirely optional) Timed Finishing feature has also been toughened up to make those wonder goals just a little harder to come by.

Perhaps making more of an impact is the continued refinement of the defending, which is still hoping to make it more of a satisfying skill than any pre-determined combination of jockey and either contain or standing tackle (while calling in second-player support). The wider aim is to make the action that little bit slower and more tactical than the gung-ho counter-attacking styles we’ve seen before. EA calls it ‘authentic game flow’ and the commitment to a more realistic playing style is commendable, though not necessarily for everyone.

We certainly enjoyed working the angles a little more, even though our personal defending skills are still amateur at best, and it does enable some slick football - as a point of note watching the AI knock the ball around while we were playing as a Virtual Pro was often a joy. But at the same time, you’re still welcome to load your team with the fastest players and launch past defenders at will, and in more refined or possibly professional hands it will be interesting to see how matches pan out.


As always, FIFA 20 is hugely impressive visually and in terms of overall presentation, it’s got most things shining brightly (even without the perks of 4K and HDR in the Enhanced/Pro versions). The in-game atmosphere is great with some new on-screen overlays and assorted features such as stand-sized banners (or tifos) unfurled before each game. However, as always the dedication to player likeness drops considerably once you get away from the big teams (they don’t even try with the managers) – this writer supports a lower-tier Premier League team and could only recognise three squad members by their avatar alone.

Other criticisms could be largely personal and long-standing, as we still find the player change/selection decisions questionable, while the choice of passes occasionally seems at odds with our left-stick intentions and can often feel a little slow or unnatural. The AI defenders still seem oblivious to actually defending the goal (choosing instead to stay marking a guy on the penalty spot as an attacker smashes the ball into the net next to them), the AI keepers are terrible at kicks and scoring from 18 yards still seems easier than scoring from 10. Plus, it grinds us that in every career mode, by the time the season starts the AI has swapped around maybe half of every team’s current starting 11, even though we downloaded the latest squads just moments before.

More troublesome is the number of bugs that still impede on the overall enjoyment. We didn’t find anything game-changing or fundamentally ‘broken’ (as some have claimed) but there were plenty of occasions where the commentary was out of sync with the gameplay or the on-screen graphics, for example. The in-game stats can also be blatantly wrong and there are lots of little things along these lines that make you sigh and just leaves us wondering how good things really could be if EA gave FIFA a two-year cycle – maybe with two or more studios involved to keep the annual production line rolling along like Activision does with Call of Duty.

With Volta adding something fresh, there’s plenty of meat on the bones for most to enjoy in FIFA 20. Whether you’re a passionate FUT fan or dedicated to making yourself a global superstar in the Career modes, there’s something for many a football aficionado on offer - and with the varying difficulty levels, everyone from rookie amateurs to seasoned pros can find their own perfect slice of FIFA life.

As beautifully presented as ever, the slight shift in gameplay emphasis might not be for everyone, but you’re still free to adapt to your own playing style and there’s a lot of fun - and very serious completion - to be had. The irksome bugs and some AI that might be at odds with your own interpretation of the game can certainly detract from the pleasure, but there’s still plenty to enjoy until FIFA 21 rolls around.