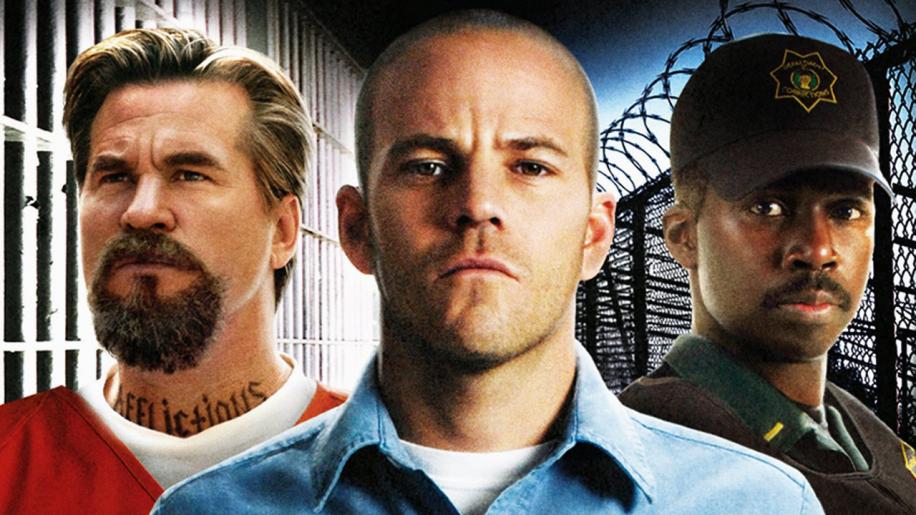 I recently took part in what could really be deemed as an online survey. Well it was actually a thread on these here forums entitled “Desert Island Discs”. The forum member that started the thread decided that he wanted to gauge forum members' favourite films by asking what films they would take if they were marooned on a desert island with a state of the art Home Theatre system. I just reeled ten films off the top of my head - and when I looked back, I saw that two of them were prison dramas - namely The Shawshank Redemption and The Green Mile - both based on stories by Stephen King and both directed by Frank Darabont.

What it does prove though is that life in prison, though glum can often make a good story. Both of these films were set during the great depression in the 1930's. A rather more modern prison drama is Felon. Untouched by the hands of either King or Darabont, Hollywood stunt person Ric Waugh left behind the relative safe haven of crashing cars and falling from buildings and jumped into the dual role of writer/director for this Stephen Dorff led prison drama.


Convicted of murdering a man who was robbing his house, Wade Porter (played by Dorff) is sentenced to three years in prison for manslaughter. On the bus on the way to prison, he gets caught up in a brutal gang murder and ultimately ends up having little or no control of his destiny.

He's left holding the smoking gun as they say - and his reluctance to divulge the real identity of the murderer earns him respect amongst his fellow prisoners - but it also earns him the privilege of serving his sentence in the Special Handling Unit (SHU for short) run by Lt Jackson (Harold Perrineau).

The film actually starts in a different prison where we meet John Smith (played by Val Kilmer). Smith is pacing up and down a small cage where he's been locked up for starting a riot in St Quentin jail. No other jail it seems can hold the lunatic Smith - so he's transferred to another jail (see where this is going...?) and placed straight onto the SHU. His cellmate just happens to be one Wade Porter. At first they don't seem to hit it off. Smith tries his best to become the alpha male by choosing the bed that Porter has already made his own - and of course, Wade gives in to him. But it's not long before Mr Smith starts to show his emotional side - convincing Porter that he has to get through his sentence no matter what for the sake of his wife and young son.

The highlight of the day for everyone is exercise time. All the prisoners on the SHU are let out into a tiny yard to beat each other to death whilst trying to evade Lt Jacksons plastic bullets - you see, everybody on the SHU seems to belong to a gang of some description - except Porter and Smith. Try as he may though, Porter just can't seem to escape the gang culture and it seems that the only way that he's going to be accepted as one of them is to become one of them. His life starts to fall apart before our very eyes and the only person that he feels he can turn to for help is Smith...

Shawshank it most definitely isn't folks - though it does borrow a lot of the ingredients from that particular masterpiece. Buried below the brutality is a buddy movie of some kind. Whereas Tim Robbins's Andy Dufresne turns to Morgan Freemans Red to help him escape the prison walls, Porter turns to Smith to help him escape the madness of what's going on around him. It also borrows the nasty prison warden who tries to bully everybody including his staff and prisoners alike - but unlike the way you will Tim Robbins on to succeed and cheer when he stands on that sewage pipe, after about an hour of this, you know exactly what is going to happen at the end and to be honest, when your thoughts come true, it's all a little too nice after having sat through an hour and a half of watching grown men beat each other half to death. The ending just isn't in context with the rest of the film...

Another problem is the fact that from the outset, you know that Wade Porter is guilty - he commits his crime right there in front of your very eyes. To that end, trying to sum up an ounce of sympathy is very hard. You end up feeling that he's getting what he deserves - hard time.

Performance wise, Stephen Dorff has just about found his depth here. His character doesn't really take much to portray to be honest - he seems to be a guy that goes with the flow and is quite happy to follow the herd. This is a man whose very existence is threatened every time he walks out into the exercise yard - and I never once saw fear in his eyes.

Val Kilmer is trying to get back on the Hollywood radar after what seems like a long absence. I remember the days when he was the biggest thing on the block (according to him anyway) and was tipped for great things. I remember reading that he was his own biggest fan and a lot of directors found it hard to work with him due to his hissy fits - but the man does have talent and, along with Sam Shephard as the old prison guard who guarded him for twenty years back in St Quentin, steal all the scenes. One thing I do like about Val Kilmer though - he has let himself grow older gracefully along with the rest of us forty somethings and doesn't seem ashamed to play the older man.

But - saying all that, I did find myself quite enjoying the film somewhat. It's not that I'm a sadistic lunatic or anything like that - the buddy story comes through in the end and it's quite a poignant one. You often wonder why Val Kilmers character was so hard to handle and then - BANG - it all comes out in one more violent punch up in the exercise yard. I wouldn't go back to it two or three times a year like I do with Shawshank and Mile. But I'm glad I did actually see it in the first place and I'm sure that one day, I'll open the Blu case again for another viewing.

However, as a precaution, I would recommend that you rent it first as it may not be your cup of tea.