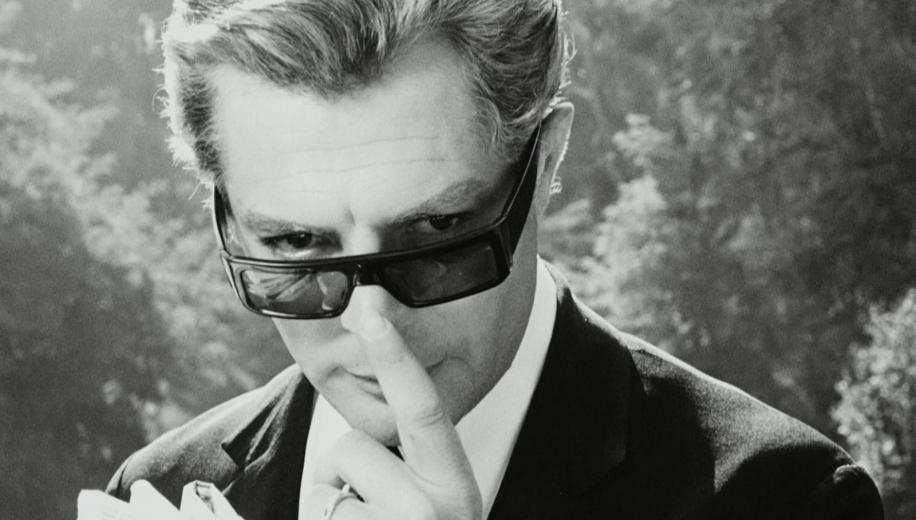 Widely considered one of the greatest films of all time, Italian auteur Federico Fellini's 8½ is an elusive surrealist comedy.

Fellini's 8½ is a film about director's block arguably born from director's block. The celebrated auteur had a powerful writing debut with Rome, Open City, and had just had his best received writer/director effort yet, La Dolce Vita, but the success of that came with consequences - he was under pressure from the studios to produce a new film, and he just couldn't settle on the details. He had an idea - a filmmaker struggling on his latest production - but couldn't even settle on whether he wanted his protagonist to be a director, a producer or a writer. Hell, he didn't even have a title, instead selecting the simple description of the number of film's he'd done until that point (by his maths, 7.5). In some ways, it would be like Tarantino literally calling his next film, 10.

Fellini clearly worked some magic here, taking his own lack of inspiration and turning it into something positively inspired

Somehow all this confusion and indecision informed what was clearly a deeply personal and semi-autobiographical film, which was to eventually feature a director who, himself, was struggling with his own semi-autobiographical film, and his very own director's block. The end result is now celebrated as one of the greatest films of all time, a surreal, incidentally comical drama; exquisitely shot and framed, and energetically acted. Clearly an acquired taste - whilst it may be the first great example of this kind of self-depreciating, self-referencing endeavour, it's still an enthusiastic, very theatrical 1963 Italian semi-farce and that's not a genre for everybody. Nonetheless, Fellini clearly worked some magic here, taking his own lack of inspiration and turning it into something positively inspired.

Unquestionably the best the film has ever looked

8½ has had a number of different Blu-ray releases over the years, including a US Criterion disc which is now a decade old, and an Italian restoration which is also several years old, leaving a window for Cult Films to swoop in and deliver what looks to be the definitive release, affording a superbly remastered and restored 2K image, which refines this 1963 feature and leaves some of its shots - particularly the close ups - looking simply perfect.

Of course there's still rampant softness on the wider images, as lighting and other technical issues limit what you can pull from even the negative, but the sheer level of detail pulled form certain frames is really quite astounding, leaving it unquestionably the best the film has ever looked.

About as good as you could possibly expect

Cult Films also serve up impressive audio with a lossless Linear PCM 2.0 mono audio track that does the job with this well-past-the-half-century-mark feature, affording prominence to the distinctive score - which does teeter on the tinny side, but is nonetheless about as good as you could possibly expect. Dialogue is firmly prioritised, although you have to afford it some leeway as the ADR / dubbing (despite being in its native Italian) is rather evident, on just about everybody but the main character, which can't help but detract from the experience. Effects are limited, but the sweeping, more surreal and almost sci-fi aspects do afford some more imaginative nuances, and overall it's a solid effort, all things considered.

A must-have package for fans

Fellini's 8½﻿ is understandably celebrated as one of the greatest films of all time, even if it remains a little elusive all these decades later. CultFilms' UK Blu-ray release affords the feature tremendous video courtesy of a new 2K restoration, a solid audio track, and some nice new extras, leaving it a must-have package for fans.