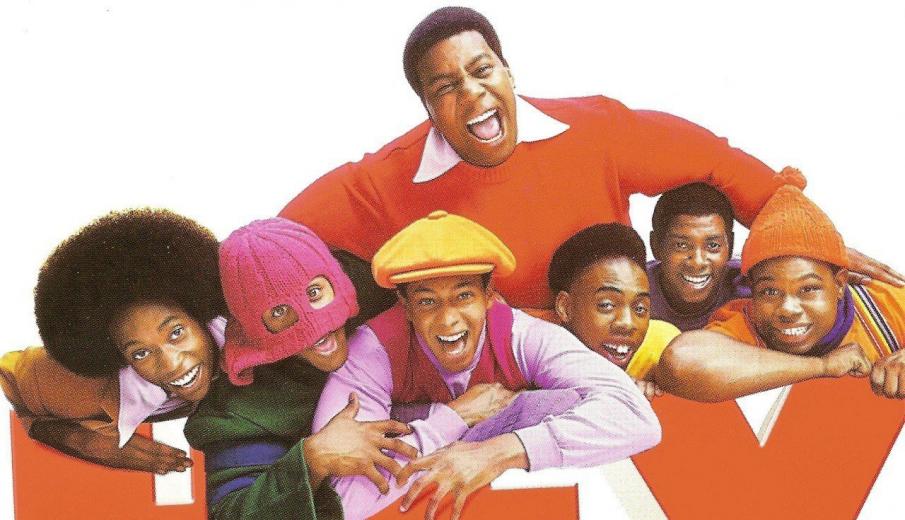 20th Century Fox have seen fit to equip this release on a double-sided disc with a modified 1.33:1 full screen edition on one side and an anamorphically enhanced 2.35:1 version on the flipside. Both are colourful and, superficially at least, pleasing on the eye but the widescreen transfer has the edge, I think, for thematic rather than aesthetic reasons. I mean, this is a movie about characters that have been crammed into a pan and scanned world finally escaping into a wide-screen universe so it fits the bill a little better, I think. However, neither version will set your screen alight. Both suffer from colour-bleed, particularly Fat Albert's bright red jumper and are further jeopardised by abundant shimmering over bright objects, dot crawl and the occasional digital drag whenever there is fast sideways motion. There may be no grain to speak of but backgrounds are often lost in a murky transfer that clouds rear detail, leading also to edges that lack clarity and definition. As is often the case, close-ups are well handled with tremendous detail offered on a character's face and eyes but the minute they step back a bit they lose a fair degree of substance. Overall, though, this is basically a kiddie-pleaser that won't ordinarily be subjected to any real scrutiny so, other than a picky swine like myself, there probably won't be many complaints. Although bolstered by a Dolby Digital 5.1 mix, Fat Albert is a considerable under-achiever. The sound is marooned across the front three speakers with little or no chance of parole to visit the rears or the sub, at all. Switching between the 5.1 to the foreign language Dolby Surround tracks reveals little difference between the three with regards to directional effects, as the 5.1 makes no attempt to add anything extra. In fact, the whole soundscape, whilst never lacking in the dialogue stakes, feels subdued and watered-down and since I noticed no obvious errors with the encoding I can only assume that this was intentional. The soundtrack is always clear and lively across the front stage but it is certainly set towards the quieter end of the market, no doubt pandering to the family-friendly market. Another example of the whole atmosphere of niceness stifling this movie. Side A (full screen presentation) contains the commentary track by Director Joel Zwick and Producer John Davis and the tiny featurette Fat Albert: Behind The Band. First off, the commentary is fast and free-flowing, but filled with such smarm, self reverence and backslapping as to be almost unpalatable. These two try their utmost to be entertaining and funny but, much like the movie they made, fail on both counts. Zwick seems hung up on the test screening where he feared that his audience didn't quite grasp the human drama of Doris's lack of confidence, hence the addition of an explanatory scene that ended up added to the movie. But, guess what, Joel, the inclusion of that scene didn't make one iota of difference. Doris's dilemma is still completely un-interesting and trivial. One factoid that isn't, though, is that Kenan Thompson had been on a major fitness regime and was losing lots of weight before landing the role of Fat Albert, and subsequently, had to put it all back on again, despite the fat suit he would eventually be wearing, as well.

The Fat Albert: Behind The Band featurette is a worthless puff-pastry piece on the filming of their music video, which is contained therein. Attempts at humour are made by all those involved but none are successful.

Side B (the widescreen presentation) houses the same commentary, a couple of Extended Scenes which amount to exactly nothing of interest, the Theatrical Trailer and a blink-and-you'll-miss-it Inside Look at forthcoming Fox releases. Overall, the bonuses here are a waste of time. I've been quite harsh on this release but, quite honestly, this disc is an under-achiever in all departments. The movie itself, although I don't doubt will have its fans, is a dud that neither entertains nor even sustains adult interest and the DVD hardly showcases it with sub-par AV transfers and a pathetic attempt in the special features. Some kids may like it but I think even they would tire of it long before the end. Although well-meaning, Fat Albert should have stayed where he belonged. Definite proof that Bill Cosby should stick to his live-shows in the future.