I played it, so you don't have to 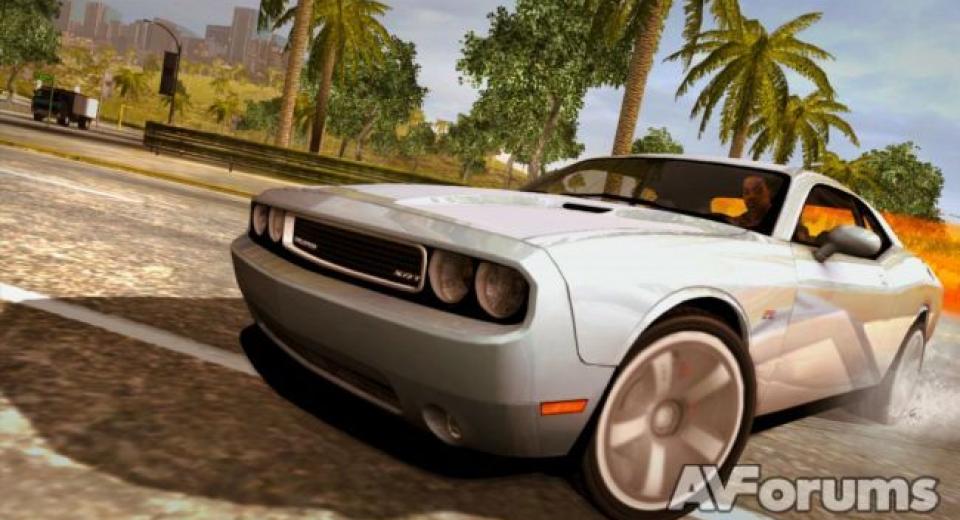 Ah the summer; sunny days, barbecues, sports tournaments and the inevitable onslaught of titles deemed unable to shift in the more crowded periods of the gaming calendar. Tying in with the buzz (I’m assuming there was some) of the latest Fast & Furious film, Firebrand Games and Activision have brought us Fast & Furious: Showdown, which promises an original story and the ability to jump into the hijacking and racing action.

There have been a few decent tie-ins that have punched above their weight, shrugging off the shackles of the parent material to prove themselves worthy of your time beneath the supposedly PR-friendly skin. This game is not one of them. If you were hoping that this was a decent Need For Speed or Burnout-style racer underneath the movie garb, then your expectations need to be radically altered. First off, it’s ugly. The idea that it might bring something movie-like to the table is soon dismissed as the character model for Eva Mendes appears like some formica love doll designed to elicit uncanny valley type sickness in viewers. The blanket textures are low-res and repetitive, the sketchy aliasing annoys and the general lo-fi blandness of it all is profoundly underwhelming. The story (apparently it exists) is told by way of the occasional CG cut-scene, but the majority of the cinematics utilise the in-game engine. This means you get shots of cars talking to each other as if the game was Thomas the Tank Engine’s edgier sibling, because the playable characters themselves have no non-gameplay animation - facial or otherwise - leading to a stilted narrative set against the backdrop of magical car-swapping figures.

The audio takes this mediocrity and adds some pizzazz though, with a funky (do people still say that?) modern soundtrack that’s sure to excite the target market of young men predisposed to unnecessary boxer short exhibition and saying “bro” a lot. The script is awful, but that ache is dulled thanks to the counter-pain of voice acting that plumbs new depths. It’d be easy to attribute this to the fact that the film’s cast didn’t contribute, but their participation may have yielded the same results. One speaker in particular is so monotone in inflection she’d make a Steven Wright monologue sound comparatively mellifluous. If that lack of energy wasn’t sapping enough, basic grammatical errors in the subtitles (“he must of tipped them off”) will be the final nail in the coffin of your meagre enthusiasm.

In action it’s not horrifically bad to look at; inoffensive car models, reasonably smooth and the odd translucent effect here and there. The engine noises frequently hit vacuum-level droning, and lack variety, but in many ways this game was designed to be played with your own tunes blaring out (not that there’s a custom soundtrack option) and the brain disengaged. There are two modes to choose from: Fast & Furious (story) or Challenge. The story has you globetrotting and character swapping, which leads to it being a bit confused. Objectives change, and you may forget what it is you’re expected to be doing - a situation not helped by the lack of info on the pause screen. Some timers count down, others count up, some stages require you to drive fast and catch up with someone, others to simply survive. The first police evasion scenario in any game usually follows that you should outrun the law, with the odd cop car pulling into the pursuit from a side alley or such. Not so with F&F. Actually outrunning the police is harder due to their ability to speed up and appear from nowhere. Crash and you’ll be almost stationary for a moment, and thus somehow “busted”, so your best bet is steady mid range speeds; allowing the police to be within a reasonable car-bumping distance is a boring easy route to progression, negating half the game’s title.

The narrative is designed to be two-player though, so grab a buddy and you’re set, right? Well, yes and no, you see there’s no option for online co-op, so you’ve got to locate someone as willing as you are to put up with the game in the first place. Hen’s teeth springs to mind. If you do find a fool - sorry - friend, then the levels that are split between two players driving or one driving and another shooting will inevitably become more fun. They have to be, because the AI is so monumentally dense as to make the choice of what to do in certain single-player stages moot.

Choose to take on gunning duties and you’ll fail certain sections simply because your ally is seemingly unable to drive in a straight line or find the ten foot wide gap around a road block even at a snail’s pace. Shooting they can handle, but driving is largely beyond them when it counts. If you want to hijack a truck - a process that involves getting out while the AI drives - you may as well assume both roles leading up to the key moments. Once you get used to switching - so as to circumvent the AI having to do anything remotely complex - you’ll rattle through the game. Even the annoyance of seeing the secondary objectives message emblazoned widely across the screen or the change of camera angle following a successful enemy neutralisation - obscuring your view at often crucial points - won’t hold you back from speedy completion. They’re more likely to make you crash, but it hardly elongates a six hour game.

The Challenge mode is more race based, but the catch-up mechanic for opposition vehicles, even if they have nitrous on tap, makes it feel incredibly dated, as if papering over the cracks of poor AI. And that’s really what this game is, an ominous representation of rushed ideas and low effort, leaving nothing but a game-shaped hole in its stead. It should have been streamlined, instead it’s spartan; even the menus are bleak, with the display options sub-menu being one lonely choice - miles or kilometres. The token nod to depth in the shape of car mods makes little difference to the overall feel of a threadbare experience intended to blind with neon colours before you realise what a mistake you’ve made.

Fast & Furious: Showdown should have been mindlessly enjoyable hokum. It’s hardly a sin not to be all chin-strokingly highbrow, but it is an insult to push out a title with such little merit beyond its sheer brevity. Unless you’re working on an international space station, you really have better options than to have to bear poor AI, artless track design and infuriatingly monotonous mechanics. I suppose the title says it all - it’s occasionally fast, and it will make you furious.