All about bringing the franchise - and its core family - back 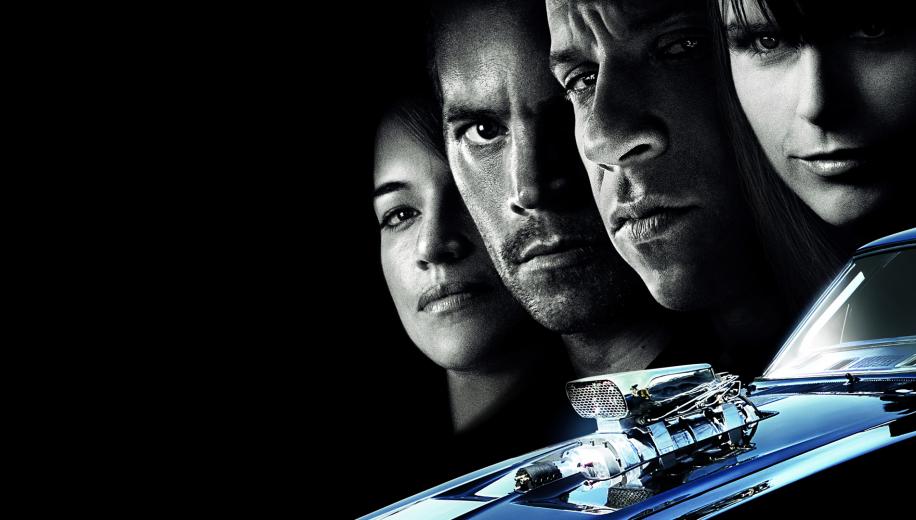 Justin Lin's 2009 fourth film in the series was the start of this franchise's big comeback - in no way a good film, but a very necessary one, bringing back its two stars on a vengeance mission that would inform the arc of the next two entries.

In more recent times star Vin Diesel has expressed some measure of regret at not having stuck with the series through thick and thin, jumping ship before the weaker second entry, and reluctantly coming back for a cameo at the end of the third. With his career floundering somewhat (Chronicles of Riddick was not the blockbuster sequel he was hoping for, delaying the sequel Riddick for a decade, and 2008's Babylon A.D. had a trainwreck of a production, with the end result being largely unwatchable), and having perhaps appreciated the fresh approach that, here returning, director Justin Lin had taken with the franchise - and writer Chris Morgan's script, the first of a planned prequel trilogy chronologically set before the last film, Tokyo Drift - he agreed to return here opposite fellow returning star (also absent in the last entry), the late Paul Walker.

Focussing on a revenge story surrounding the suspicious death of Michelle Rodriguez's Letty, the love of Dom's (Vin Diesel) life, Fast & Furious was little more than a decent reason to bring the core 4 players back together - Paul Walker's ex-cop, turned FBI Agent Brian O'Connor; Vin Diesel's wanted fugitive street racer and robber, Dominic Toretto; Dom's sister Mia - also Brian's ex-girlfriend (Jordana Brewster) - and his aforementioned late girlfriend, Letty. Arguably the most serious in tone of the entire franchise (some might consider even calling it sporadically "gritty"), Fast & Furious was certainly a hell of a comeback for the near-dead franchise and, without it and its not insignificant success at the Box Office, the series would have never had the chance to reach its subsequent highs, and we wouldn't be looking at a Statham/Dwayne Johnson-led spin-off next month.


It gets the job done, propelled by a darker revenge energy than its predecessors, and running on the fumes of a limited budget

Fast & Furious's biggest issue is its flabby midsection, with a high octane prologue and exciting street and rooftop chase (easily Walker's best in the franchise thus far) setting the tone, and showcasing Lin's sharper skills at capturing frenetic action (he's the polar opposite of the more inappropriately classical lines of 2 Fast 2 Furious' director, the late John Singleton), but a familiar middle act that surprisingly chooses to retread almost the exact same story as that second film, interchanging Gal "Wonder Woman" Gadot for Eva Mendes' equivalent character in the second film as she trails Dom and Brian before they take on a drug-running drive for the Big Bad. It would be interesting to know if this bit was actually part of the plot for original first sequel that they had planned, back when they expected both Diesel and Walker to return, as the beats are very familiar.

Nonetheless, it gets the job done, propelled by a darker revenge energy than its predecessors, and running on the fumes of a limited budget. After the limited success of his third entry, Lin could only get the same budget, which - three years later - equated to less money, and whilst it looks much bigger in scale than the third, the limited CG effects, particularly at the very start and very end, definitely show around the edges. But it's so good to have Diesel and Walker back in charge that it's frequently easy to overlook the shortcomings, particularly when you realise that this is only the start of the franchise's surprise comeback success story.


A largely impressive upscaled 2K rendition of the fourth film

After the mostly excellent native 4K presentations of the first two films in the series - unquestionable upgrades over their preceding Blu-ray counterparts - expectations were likely moderated somewhat for this 2K upscale largely as a result of the somewhat shoddy work done for the previous film (the first in the series to use a 2K Digital Intermediate), which resulted in a sporadically disappointing 4K bow.

Thankfully, you should have no fear: Fast & Furious, despite the bookended limited budget CG effects shots standing out like a sore thumb even more so here, looks mostly excellent. Certainly, there's no overtly over-enthusiastic digital manipulation at play here, with that waxy softness that was almost pervasive in Tokyo Drift now long gone, and detail once again rendered with aplomb. Clarity remains on-point, skin textures come through, and the production's organic and suitably filmic layer of natural grain remains intact throughout, adding some welcome filmic texture to the harder-edged piece.

The colour scheme favours steely greens a little more, particularly in the same single FBI hallway that they always appear to return to, but primaries do pop and skin tones are very healthy (although Mia isn't as gorgeously caramel-dipped as she was after the first's audaciously reworked 4K colour palette). WCG and HDR are used more subtly here, but are nonetheless effective, and moreso this time around as Lin lets go of his adherence to reality and infuses the action with that more conventional over-the-top feel that infected the style in the films before him, and then defined it in all those that would come after. Black levels open up to afford what appears to be more shadow detail, and round out a very effective 4K upgrade that may not be demo, but mostly blows the old Blu-ray out of the water.

Booming right from the excitedly over-the-top opening heist, through the parkour-infused rooftop chase, to the more franchise-familiar races and collapsing tunnel finale, Fast & Furious enjoys the expanse afforded by its High Definition 3D immersive audio track, looking to DTS:X to sell its wares.

Dialogue remains keenly prioritised, from Walker's more energised yells to Diesel's growly low-end bellows, dominating the frontal array where necessary, even above the roar of some of the engines. The effects enjoy the myriad racing style and performance vehicles the production is afforded, from the tanker heist opening setpiece through to the revenge-fuelled drug-run finale, with thunderous shotgun blasts, penetrating gunshots, and some suitably LFE-laced explosions to bounce around your living room.

Brian Tyler returns to work the score, establishing more themes this time around, and rising to the challenge of the attempt at darker, more gritty stylisation, affording the soundscape an exciting, thrill-packed backdrop over which to overlay its highlights.

Once again, it's only the Commentary, by returning Director Justin Lin, that actually gets ported over to the 4K disc

Once again, it's only the Audio Commentary, by returning Director Justin Lin, that makes the cut and actually gets ported over to the 4K Ultra HD disc proper, with the remaining extras - a 20 minute Short Film directed by Diesel, a whole salvo of Featurettes, and a Music Video - on the accompanying Blu-ray disc.

NB. The complete 4K Collection also comes with the same Blu-ray bonus disc that the 7-film Blu-ray collection sported a couple of years back.

It's so good to have Diesel and Walker back that it's easy to overlook the shortcomings, particularly when you realise that this is only the start of the franchise's surprise comeback success story

Making its 4K debut - one of the only two titles in the franchise yet to hit the format - the fourth film, Fast & Furious, is a step up from the third both thanks to the return of its franchise stars and also, here, thanks to a better 4K upgrade, also boasting an excellent immersive audio track. Certainly fans who haven't invested in the original trilogy on 4K yet should consider this a worthy purchase to get the first five; and if you don't have any, then it's excellent value for money. And for franchise fans waiting to see arguably the best entry - Fast Five - in 4K, then it's simply a must-have.