We’ve come a long way from where we began. 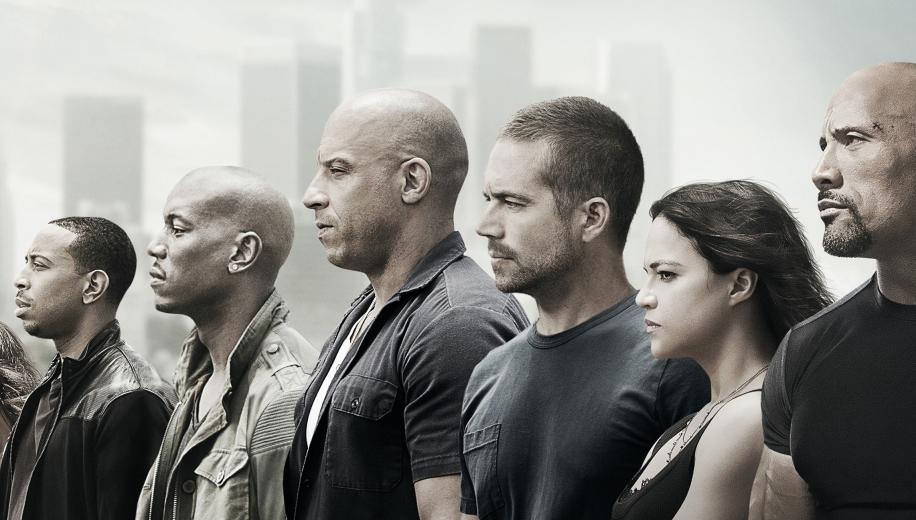 Steeped in tragedy, Fast & Furious 7 pulls no punches, going for broke in its gravity-defying stunts, even if the globe-trotting big budget antics thinly-veil the desperately reworked script.

Still, what other franchise has been so celebrated for being at its peak in its latter chapters, securing the hearts and minds of a devoted following with its fifth instalment? Whether you have followed the evolution right from its sub-Point Break-esque origins, or just entered as things went into heist-themed Ocean’s 11 territory for Fast Five, so long as you’ve embraced the delirious excess of the latest films, you’re likely to only find more deliciously exciting implausibility and gravity-defying insanity with this entry. From its bone-breaking Statham vs. The Rock bout to its Walker vs. Jaa, Rousey vs. Rodriguez and Diesel vs. Statham fights, this was already pushing the 12A boundaries so don’t expect more from the Extended Cut (although the lopsided girl-on-girl fight has a few more blows, and Kurt Russell shoots a few more people) other than the unnecessary de-slo-mo-ing of the opening sequence.
Beyond those minor additions, it’s much the same, but that’s no big deal, both cuts are equally enjoyable. If you didn’t like the Theatrical Cut you’re not going to be swayed any more by the Extended one, but to be honest, if you didn’t like it – or the franchise – in the first place, you probably wouldn’t even be here. And for those who’ve made it this far, there is a truly touching and tear-welling farewell to the late Paul Walker. Indeed Furious 7 boasts plenty of genuinely memorable moments to add to one of the strongest ensemble franchises of all time. Although the initially well-established revenge story does get diluted by the numerous subplots and, of course, by all the last-minute fixes needed to plug the gaping hole that the loss of the co-lead created in the half-complete production, the end result is still a fitting, furious, and fond farewell to this key member of the franchise’s family.

Shot digitally (obviously there's some reused 35mm footage from the previous films) the source formats vary in resolution, going as high as 6K, but that means little under the limitations of a 2K Digital Intermediate for the necessary effects work. Still, the UHD builds on its tremendous reference 1080p Blu-ray to provide a very nice '4K' presentation that delivers on the upgrade front. Aside from a noticeable improvement in fine detail, the edge in terms of clarity, and a more perfected overall look, the minutiae also benefit from the increased resolution, offering more finely tuned skin details, clothing textures and background flourishes. As with the sixth entry, there is a noticeable upgrade here.


As with the sixth entry, there is a noticeable upgrade here

As is only to be expected, it's the use of the High Dynamic Range (HDR) and Wide Colour Gamut (WCG) that really gives Fast & Furious 7 the clear edge over its 1080p sibling. The opening sequence, and first confrontation between The Rock and The Stath shine with explosive excellence, the latter in particular shining with vibrant, glorious nighttime antics. The globe-trotting big budget sees various gorgeous locales picked and delivered even more impressively here, with a whole array of vivid tones and stunning peaks providing brighter, eye-meltingly sumptuous visuals.

Fast & Furious 7, as with the sixth entry, isn't quite a defining, reference UHD release, but the upgrade is quite discernible, leaving an already impressive 1080p Blu-ray image even more stunning on 2160p Ultra HD Blu-ray here.

Cas Harlow reviewed the regular soundtrack using a 5.1-channel setup – As with its sibling Fast & Furious 6, the seventh film comes to UHD sporting - purportedly - a DTS:X track, although playback of the same does not appear to be universal to all. Without the latest update (and even with the latest update, reports indicate that some people are still unable to play back a DTS:X track on this disc), although this is only the start of the bad news.

The situation is arguably even worse for those without DTS:X. Conventionally the immersive DTS:X and Dolby Atmos tracks are based around DTS-HD MA and Dolby TrueHD cores, respectively, but, for some inexplicable reason, Universal have opted to mount their DTS:X track here on a lossy DTS-HD HR track instead.

This means that those who do not have DTS:X will have to settle for lossy DTS-HD HR for both the Theatrical Cut and Extended Cut of the film. For a bitter reminder of what came before, the UHD release itself includes the original Blu-ray release with lossless DTS-HD Master Audio 5.1 tracks available for both cuts. It's certainly a kick in the teeth and, even for those who barely notice the difference in actual terms of audio performance (the film sounds pretty spectacular even in its lossy form), it may be hard to swallow when a technically superior alternative is available in the very same release.


Universal's decision to use a lossy core for DTS:X track is a strange and infuriating one

Regardless of how they are being delivered, the two DTS:X soundtracks both sound fantastic, adding another dimension to the theatrical and extended cuts. The original sound design was already dialled up to eleven, so it's hard to see where the mixers could go but the addition of height layers does make the overall experience more immersive. There are certain stand-out scenes such as the car parachute drop or the car jump between skyscrapers, with the amped-up audio making it easier to suspend disbelief, along with the laws of gravity. Dialogue remains clear and concise (despite Vin Diesel's tendency to mumble) and the score is well mixed into the chaos, whilst the LFE channel gives a truly subterranean impact to every punch, crash and explosion. However, whilst these DTS:X mixes do sound good it's still unacceptable for Universal to use a lossy core soundtrack to deliver them and I'm at a loss to explain why they did this. I'm a huge fan of the Fast & Furious franchise and was looking forward to the sixth and seventh films arriving on 4K disc before the eighth film hits the cinema screens but this mess has sadly robbed me of much of my pleasure.

Universal's UHD package provides a copy of the Blu-ray (with the correct audio, for further salt in your wounds) sporting all of the old extras. Although not packed to the hilt, there's a decent selection on offer here, and we can't forget there's two cuts available as well.


The copy of the Blu-ray sports all the old extras

There are a few minutes of extra footage in the form of Deleted Scenes, as well as a series of Featurettes. The pseudo-PIP-like half hour Talking Fast has Director James Wan talking at speed about the production, whilst a clutch of accompanying Featurettes looks at the new cast additions, the most spectacular sequences, the fights, and the cars, with a Music Video to round off the package.

We close off this particular chapter with a fond, furious and fitting farewell

Universal picked two of the best looking Fast & Furious titles to slap onto UHD just weeks before the eighth movie hits the Big Screen, and the seventh entry certainly looks the better of the two, but the audio misstep is still unforgivable. It's going to be a tough call for fans to decide whether to upgrade the video potentially at the expense of downgrading the audio, and even when it comes down in price, many will find it too expensive a compromise to make.