Vehicular warfare on an unprecedented scale. Escapist fun of the highest order. 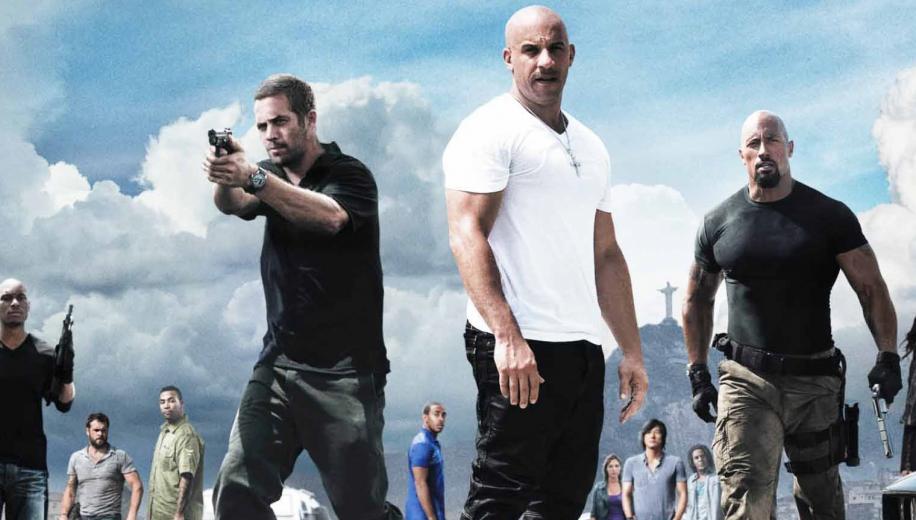 Blending just the right amount of thrilling action and practical stuntwork with competent – though admittedly fairly predictable – interweaving story arcs; featuring a huge ensemble action cast of returning characters and colourful additions who each get their moment to shine; and injecting the perfect dose of pure over-the-top frivolity into the mix, Fast & Furious 6 was the culmination of years of perseverance and a determination to provide the utmost fan service in a franchise which, unfathomably, somehow rose from the ashes to become a Box Office monster.
Whilst newcomers, or those who jumped off fifteen years ago after the first film spawned an inexcusably poor first sequel, will struggle to catch-up – or fully enjoy – the full-circle story-arcs which work so well to deliver this satisfying sixth chapter, those who have enjoyed the last few entries will be rewarded for their faith and loyalty to the franchise. Crazy over-the-top in the best possible way, and with a game cast which just keeps getting bigger, there are few action franchises that can still deliver like this, let alone sixth time around.

Shot on 35mm, the source format, which could have probably yielded pretty close to full 4K, but is unfortunately another victim of the (technical) limitations of a 2K Digital Intermediate for the necessary effects work. Nonetheless, this was a reference Blu-ray, and the UHD has some great groundwork to build upon, providing a light uptick in detail, and even some moments of noticeably sharper resolution. Skin textures and clothing weaves feel even more nuanced, the cars more refined, with finer observations on close-ups. It's not the more obvious difference visible on the seventh entry, but pause-and-flick-between comparisons still leave it a visible upgrade.


It may not offer night-and-day improvements, but it is still a noticeable upgrade

Of course, it's the use of the High Dynamic Range (HDR) and Wide Colour Gamut (WCG) that really helps visually differentiate Fast & Furious 6 from its BD counterpart. Right from the outset, you can see the vibrant colours pop, and the broader dynamic range and higher peaks allowing for a fabulous visual ride. Car brake lights glow with neon red, even Walker's eyes look more vibrantly blue, and the flurry of action sequences, flash cars, punchy effects and explosions all ignite the screen in a striking, spectacular fashion.

Fast & Furious 6 may not offer night-and-day improvements, but it is still a noticeable upgrade from the 1080p counterpart, looking even better than it already did.

Cas Harlow reviewed the regular soundtrack using a 5.1-channel setup – Fast and Furious 6 comes to UHD sporting - purportedly - a DTS:X track. But not for all. Reports say that some receivers aren't recognising the track, whilst others are. However, and here's where things get controversial, it gets even worse for those without DTS:X. Normally DTS:X is founded on a lossless DTS-HD Master Audio core, much like Atmos is founded on a lossless Dolby TrueHD core, but for some inexplicable reason, Universal have opted to mount their DTS:X track on a lossy DTS-HD High Resolution track instead.

What this means is that those who do not have DTS:X will have to settle for lossy DTS-HD HR for the Theatrical Cut and, shockingly, just plain old DTS for the Extended Cut. Just to rub salt in the wound, the actual package itself includes the very Blu-ray release which boasted lossless DTS-HD Master Audio 5.1 tracks for both cuts. Setting aside this painful fact, and moving beyond the technical specifications, Fast & Furious 6 does sound very good, particularly in its Theatrical Cut. However, even for those who can't outright tell the difference between the lossy and lossless tracks, the mere drop in tech specs may be enough of an insult to put you off purchasing this supposed 'upgrade'.


Here's where things get controversial

Steve Withers reviewed the DTS:X soundtrack using a 7.2.4-channel setup – Universal's approach to the soundtrack on this Ultra HD Blu-ray release makes almost no sense. They are using a lossy DTS-HD Hi Res soundtrack as the core through which they deliver the DTS:X soundtrack and whilst the immersive audio mix is good, anyone without the ability to decode it has to make do with the lossy DTS-HD Hi Res core. That's only on the Theatrical cut by the way, the Extended Cut only uses a standard lossy DTS track with no DTS:X encoding at all so, regardless of the capabilities of your receiver, you'll be watching that version in good old fashioned DTS. I can't remember the last time I watched a film that used a DTS soundtrack but I'd say it was 2006!

So what does the DTS:X mix actually sound like? Well, regardless of the way the immersive audio track is delivered, it certainly sounds impressive. Not that the original 5.1 mix was an slouch but the addition of the overhead layers creates a more three dimensional soundfield. Planes, cars, bullets and even tanks fly all around the soundstage and the finale, which takes place in the world's largest plane on what must be the world's longest runway, is fantastic with sounds all around you. Despite the bombastic nature of the score, dialogue remains clear (or at least as clear as Vin Diesel gets) and focused on the action on screen. The score is as amped-up as usual whilst the low frequency effects are thunderous, under-pinning the action in a track that certainly isn't subtle. However despite the Theatrical cut sounding great, with plenty of bombastic audio to go with the over-the-top visuals, you're still left with a bad taste in your mouth. Ultra HD Blu-ray is supposed to be a premium disc format, so the use of a lossy core is just unacceptable on the part of Universal and it's especially annoying because I'm a huge fan of the Fast & Furious franchise.

Popping in the old Blu-ray (the one with the right audio), will get you all of the old extras too. Although there's nothing new, and they didn't bother porting them across to the UHD disc, the supplemental package is still very comprehensive.


All the old extras.

Headlined by an audio commentary by Director Justin Lin, we also get a salvo of Featurettes - Making of Fast & Furious 6; Planes, Tanks & Automobiles; It's All About The Cars; and Hand to Hand Fury, as well as a couple of minutes of Deleted Scenes.

As pure escapist fun goes, it doesn’t get much better than this

Universal picked two of the best looking Fast & Furious titles to slap onto UHD just weeks before the eighth movie hits the Big Screen, and the sixth entry certainly looks impressive, but the audio misstep is practically unforgivable. It's going to be a tough call for fans to decide whether to upgrade the video potentially at the expense of downgrading the audio, and even when it comes down in price, many will find it too expensive a compromise to make.