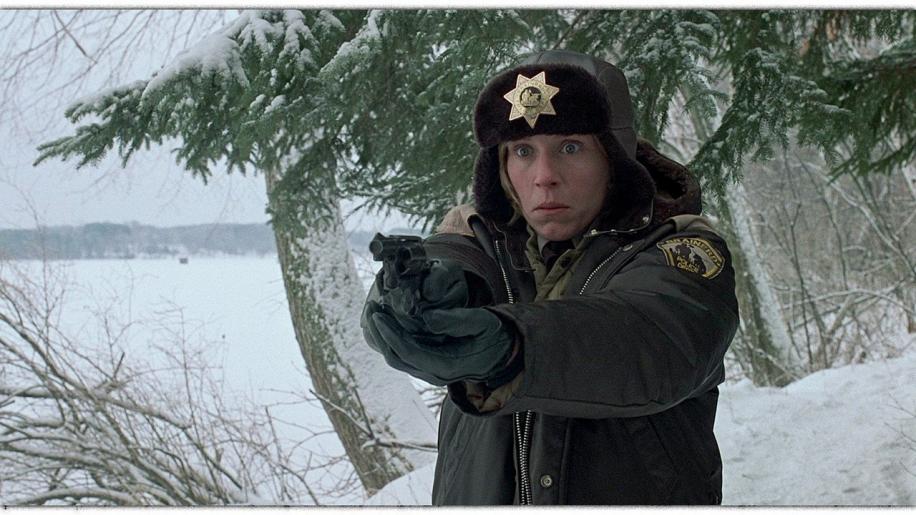 Fargo is generally recognised as one of the Coen Brothers better works, some even say it's their best. It won two Oscars back in 1996 and has continued to achieve critical acclaim ever since. The high definition release of this film therefore attracts much attention as this modern classic of a film finally makes it onto blu-ray.

Because of their masterful demonstration of how black comedy should be achieved, the Coens actually set themselves a far reaching yardstick, as well as a high benchmark for others to follow. Fargo certainly ranks as one the better films of recent times and for many it also acquits itself against some all time greats.

Jerry Lundegaard (William H Macy) is a car salesman who is up to his ears in debt. He has a few wildcard schemes racking around in that brain of his to help him generate additional monies, but they don't amount to much. One of these, although being rather lucrative, is nevertheless quite an enterprising idea and requires a large investment. The problem is, he has no money and he's not in a position to leverage anymore off of his assets.

Being married with a wife and kid, he feels that the only way to raise funds is through his father-in-law who is a successful businessman. As you can probably guess it's never easy to tap on the shoulders of close relatives and for all intensive purposes Jerry knows that he'll never get the money out of him. It's unsurprising the thoughts that then bounce off the walls of his mind are far more obscure than what most would consider as rationale.

Rather than ask for the money outright he conjures up a bizarre plan in which his wife Jean (Kristin Rudrud) will get kidnapped and held to ransom. The intention is that Wade Gustafson (Harve Presnell) will front the money, no matter what, to help save his daughter. The money would then be split between himself and the would be kidnappers....that is of course if all was to go to plan.

They say that simplicity usually works out for the best but the Coens truly worked wonders by keeping Fargo very methodical and beautifully paced. Essentially, the plot is as simple as I have just described and with all its unashamed purity, the story hangs off a very bare skeletal structure of a script.

So, what exactly makes this movie so great then? Well, the fact is that the simplicity actually adds to its overall effectiveness; it allows for the sub-plots based within it to run riot, forming an obscure identity of their own. The distinct clarity makes for a highly entertaining and altogether more absorbing storyline.

With apparent over eagerness Jerry presses ahead with the rash scheme and is put in touch with two so called 'thugs'. Steve Buscemi and Peter Stormare play Carl Showalter and Gaear Grimsrud, respectively. The pair drive out to meet with him to consider his most ridiculous plan. The encounter in the 'Blue Ox' motel is hilarious and really sets the whole tone of the film going. You initially feel that Carl displays a degree of wit and common sense about him but you soon learn that he's not such a great judge of character or circumstance. Steve Buscemi is simply superb from thereon.

So, you've got a pair of bozo's left to deal with a rather delicate matter but who know no better than to go about it like a bull in a china shop. Of the two, Gaear Grimsrud plays the no nonsense and purposeful hard man. Indeed a man of few words, his actions do all of the talking, even when diplomacy is on the verge of success. Yes, it's the brilliant offset of character between the two that lets Steve Buscemi truly shine as the jittering chatterbox of an accomplice.

Given that the structure of the film is so neat, all the actors are allowed to express themselves in character far more creatively than what possibly could have been. It goes without saying that there are a number of stand-out performances, if not by all concerned.

The icy cold backdrops of Dakota also paint a hauntingly vivid yet beautiful picture. In actual fact it all adds in reflecting the stark nature of the film with an air of decided realism. This is just another aspect of this film that works so wonderfully well in its favour.

It's not that the kidnap is destined to go wrong; more the fact that it is enforced in such an uncontrolled and haphazard manner. Just about the only thing that goes right is the abduction part and even that is fraught with comedy. From then on it's just one thing after another and what was meant to be a straightforward pay day becomes horribly messy. With a trail of dead bodies left behind them, it takes a heavily pregnant police officer from Brainerd to pick up the pieces. What has gone on from before is then unravelled with utter brilliance.

Frances McDormand plays Marge Gunderson and finds that she is investigating a triple homicide on a cold wintry morning in the middle of nowhere. Tracing the culprits however, is as easy as following their footprints in the snow. It's not long before you recognise the truly brilliant acting in play and why Frances deservedly won an Oscar for best actress.

I honestly can't imagine that there are many of you who haven't seen this film already. The story is the story, it unfolds beautifully and it'll leave an indelible impression. There's not much more to say about Fargo that hasn't already been said many times over. If it's your bag then it's probably also a film that you'll never tire of; the more you watch it the better it gets.