Does Ubisoft have a cult classic on its hands with this huge open-world adventure? 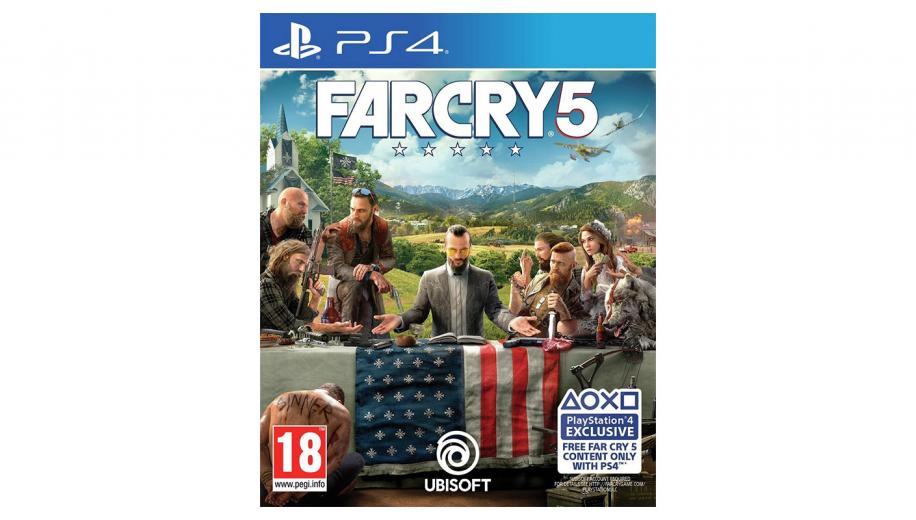 Far Cry as a franchise has always had something of a penchant for the bizarre. From the original game's curveball of having experimental mutants run amok in a tropical paradise to spin-off Blood Dragon's carefree Eighties vibe, no two strains of craziness have been quite alike. Lately, though, we're starting to see method in its madness – since Ubisoft struck gold by combining the fun of the first game with the freedom of the follow-up to great effect with Far Cry 3, the core structure of the games hasn't changed an awful lot.


Takes several confident strides away from the tried and tested template Sure, we've had different settings to explore and different oddly charismatic antagonists to toy with us each time, but it has started to feel like we're just going through the motions with each new game, just as it it did with the Assassin's Creed games after ACII. And while Far Cry 5 may not quite be bold or inventive enough to be this series' Black Flag moment, it's at least safe to say that the game takes several confident strides away from the tried and tested template, and that some work out better than others. You're spoiled for choice in terms of progress options even within a single region
First among these is the new progression system, which feels pretty similar to that which Watch Dogs 2 used. Hope County is divided into three distinct primary districts, and you have a separate notoriety level for each – different milestones trigger different reactions in each region, but filling the bar completely has the uniform effect of calling that area's leader out for a showdown. Which part of the map you tackle (the vast majority of the playable area is open from the start) and how you choose to go about making yourself known is totally up to you. Each district has several strings of 'main' story missions that tend to give the best boost, but you could just focus on any of the myriad character-led side missions, on random acts of kindness towards people in need, or even just on smashing the place up to get their attention, Just Cause-style. You're spoiled for choice in terms of progress options even within a single region, so taking them all on at once can present an overwhelming amount of seemingly urgent missions for you to put off while you while away hours stunt-racing, fishing, hunting, and being incessantly talked at by strangers.

That division of the map ties into another sizeable change to the typical Far Cry formula, namely having the box-hogging lunatic villain bring his whole family to the party this time. This sadly proves somewhat less effective, with interesting primary antagonist Joseph Seed taking a back seat to weaker characters for the most part. John Seed, an unhinged TV evangelist type, is the best of the trio and leads some truly unsettling moments, with older brother Jacob a fairly distant second – his hard-nosed ex-military schtick just makes him feel like a generic videogame bad guy despite a few novel ideas. Also, his hair is terrible. Junkie Faith is the weakest of the three for our money, as she just feels like a shapeless vessel to turn the trippy hallucination sequences of previous games into a larger part of this one than they deserve to be... they were already getting pretty tedious, so doubling down on them like this just doesn't work for us. It's fair to say that each at least has their moments, but you don't find yourself hanging on every moment during an encounter with one of the big bads. Joseph and John, perhaps, but the other two aren't strong enough to command that same kind of attention.


On a gameplay level, Far Cry 5 does most things phenomenally well The Seeds are also part of a wider misstep on the game's part – its entire premise. The game's announcement was met with raised eyebrows and angry petitions over its depiction of an extremist religious sect taking over a quiet pocket of rural America, a setting far closer to home than usual for the series and a subject matter that suggested that the franchise might be getting a little political. While we're sure there's an interesting – if provocative – story to be told against this kind of backdrop, Far Cry 5 makes a point of shying away from being that tale. Not only does it have nothing much of importance to say on the matter, but also this deadly serious setup feels like it's singing in a totally different key to the madcap, anything-goes arcade-style gameplay... again, the kind of juxtaposition that could work if done well, but it just comes across as sloppy and tone-deaf here. It's a shame that something as fundamental as this should be the weakest aspect of the game, because on a gameplay level, Far Cry 5 does most things phenomenally well.

Places a crazy amount of power in the player's hands

All the basic systems work well enough in isolation, but they all seem to harmonise with one another beautifully. Gunplay is satisfying, for instance, and driving works just fine, but the options for combining the two add amazing depth and nuance – passengers can lean out of windows to line up shots, while drivers can elect to use an auto-drive system (or you can even set a waypoint and just have an AI buddy drive... badly) while they focus on taking a pop at a bad guy. There's a flexibility and freedom to the systems here that places a crazy amount of power in the player's hands to go at any situation however they like, and this is the glue that holds the whole thing together. A selection of AI buddies all fill different roles if you don't have a co-op partner on standby, from pilots who can strafe land targets or deal with aerial threats to friendly critters who are great for setting the cat (bear) among the pigeons (bad people) to keep attention away from whatever it is you decide to do. And brilliantly, most missions are happy to let you do exactly that – the only real scripted sequences come when the area bosses get involved (you get captured a truly implausible amount of times in this game), so the rest of the time it's good ol' free-form mayhem. That's something that's taken to a whole new level by the tools available for both players and builders by Far Cry Arcade, a construction kit where you can create and/or download solo, co-op, or competitive multiplayer maps. There's all kinds of potential here and the community is already starting to tap into it with some great creations that range from walking tours to remakes of classic FPS maps. Versus multiplayer is solid chaotic fun, even if the user-made nature of the content does make it a roller-coaster ride of quality. Gunplay is still tight and damage is crazy high, making every round a fast-paced test to see who can get their head around original maps and ever-changing loadouts quickest. Arcade really could use some kind of vetting process though, as there's an awful lot of poor efforts being served up right now – hopefully that's something that will settle itself out once the rating system sends the stinkers to the back of the line, but we're more excited by the cool stuff it could bring in the future than we are overly worried about skipping levels occasionally right now.

There's such a huge disparity between the serious premise and the over-the-top bombast of the gameplay that the former simply slides into irrelevance for the most part – just think of it as 'bad people doing bad stuff because reasons' (it's not a great deal more fleshed out than that anyway...) and enjoy all the nonsensical and explosive possibilities Far Cry 5 places at your fingertips. It's just the framework around which the superb mechanics are built, after all, and the quality of gameplay easily outweighs any narrative shortcomings. As ever, Far Cry 5 is a blast to play – the perfect kind of game to fire up after a long day at work, switch off your brain and just go nuts doing whatever you fancy. With regular live events and the ever-growing mountain of community-made content promising to keep players coming back to Hope County for more ludicrous antics, we can see ourselves popping back for a visit every now and again for a good while to come.