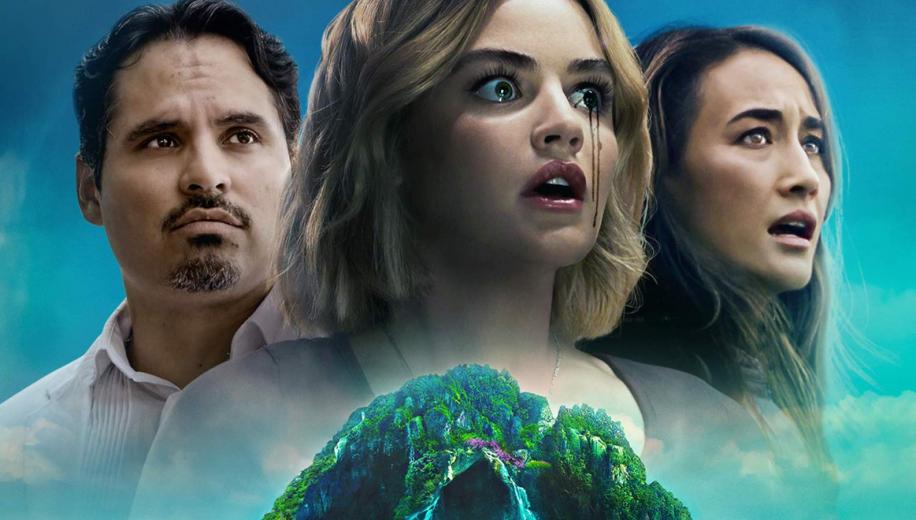 Needlessly attempting to leverage a franchise name from a 70s show few people will even remember, Fantasy Island's attempt to infuse horror into the 'classic' cautionary tales only succeeds in an all-round resounding failure.

It's not surprising really. These days, anything with even the vaguest brand appeal can be franchised, and horror is one of the most lucrative avenues to go down - it normally doesn't cost much and the rewards are therefore comparatively huge. And occasionally they even get it halfway right, transforming 2019's Escape Room (not to be confused with a number of other terrible films by the same name) into a reasonable watchable survival horror effort, and even attempting to do the same for Blumhouse's Truth or Dare.

Horrifying ﻿a 70s show about wish fulfilment, grass-is-greener, fantasies - which, even back in the show, often went all kinds of wrong - doesn't actually seem like that much of a stretch considering these other properties they've reworked, but Blumhouse messes up all of the ingredients impressively, turning in a woefully contrived 'horror' whose only scare comes from the terrifying thought that the massive Box Office success (making six times its budget) could result in this (demon-)spawning a sequel.

Fantasy Island very briefly flirts with some nice ideas - a bunch of idiots land on an island where their dreams are made a reality, meeting their enigmatic host and then embarking on situations which initially they'd assumed are some kind of advanced VR, but are actually real... or are they?

The fantasies are myriad - the obvious playboy pool party with guns and drugs and underdressed guests; a live action FPS; and a questionable choice to torture an old school bully (hardly likely to make the top slot for adult fantasies) - but only one hits home with any kind of heart, as a successful businesswoman reflects on the one that got away, and the life she could have had. But Fantasy Island isn't interested in nuance or genuine consequence, instead throwing away all of its potential - and all of the supernatural secrets that could have been much more palatably mysterious - in favour of zombie tedium and anticlimactic, convoluted contrivances which tie everything up for an absolutely ridiculous nonsense finale.

Maggie Q - out-stunning her considerably younger co-stars - gets a welcome chance to play a character with heart (similarly transforming the pin-up poster of her vision of Nikita into something much more interesting over the course of that surprisingly good show) but is ultimately utterly wasted, in a film that has Truth or Dare's own Lucy Hale, Mr. Robot's Portia Doubleday, Parisa Fitz-Henley (recently in The Sinner) and a woefully miscast Michael Pena all looking thoroughly confused as they try to understand the mystery of how such an inanely plotted script got greenlit. It's funny because there was probably the vague potential to make something intriguing in a Twilight Zone kind-of way, had they stuck with the consequences-of-fantasies angle, OR to scare up a storm with fantasies that get out of control, but Fantasy Island throws away both opportunities with surprising skill, and manages to only prove adept at being terrible.

Fantasy Island comes to UK Region Free Blu-ray courtesy of Sony, who deliver what looks to be the exact same disc they released stateside.

Sony are pretty damn unstoppable when it comes to presentations of modern releases, so it's a bit of a shame to find that Fantasy Island runs a little hot. The opening prologue - shot in the dark - looks suitably fabulous, but when the guests first land on the island it's blisteringly hot, and unpleasantly so, dialled up as if it were a Tony Scott movie, only without the commensurate stylisation. Luckily the temperature settles down to a more pleasant rendition soon enough, and we get back to the usual, expected, excellence from a Sony disc, affording superior detail, no digital defects, no softness and mostly superb presentation of the variable colour palettes (beyond that initial dip, there are only a few moments where it goes OTT). Black levels are excellent, and it's overall a very good - if flawed - presentation.
﻿

Fantasy Island does well with a hard to fault DTS-HD Master Audio 5.1 track which provides jungle drums and generic 'tense music' to feed the array and attempt to draw you into the proceedings.

Dialogue remains firmly prioritised throughout, given clear and coherent dissemination largely across the frontal array, whilst the effects bring the island to life, with the perpetual sound of water, boisterous parties and creepy underground shenanigans echoing around the caves. A few gunshots boom out - and even a couple of explosions - whilst the utterly forgettable score affords more fuel for the surrounds.
﻿

Fantasy Island gets a UK Blu-ray disc which marries up to its US counterpart on the extras front too, affording a few Deleted Scenes and a Director and Cast Commentary, and of course two cuts of the movie itself.

A few Deleted Scenes, a Commentary, and two cuts of the movie

The salvo of Deleted Scenes add absolutely nothing (unsurprising, otherwise the 'longer' cut would have included them, but the Commentary - available on the 'Director's Cut' is a pretty good effort, with the Director drawing back many of his cast victims for a fairly interesting reflection on the production and their work on it.

Fantasy Island isn't even a horror, let alone a scary one, teetering on PG with its tame teases at 'shocks', and drifting along on a supremely stupid supernaturally-strained script which adds up to a whole lot of absolutely nothing. It takes skill to make such a hash of a simple enough concept which actually had a modicum of potential to be interesting.

Sony's UK Blu-ray release of Fantasy Island delivers an 'unrated' director's cut a whopping 20 seconds longer than the theatrical version which, unsurprisingly doesn't add a thing of worth, with an overheated presentation but decent enough video and audio otherwise, a smattering of pointless deleted scenes, and at least pretty good commentary, all making for a solid enough release for fans.