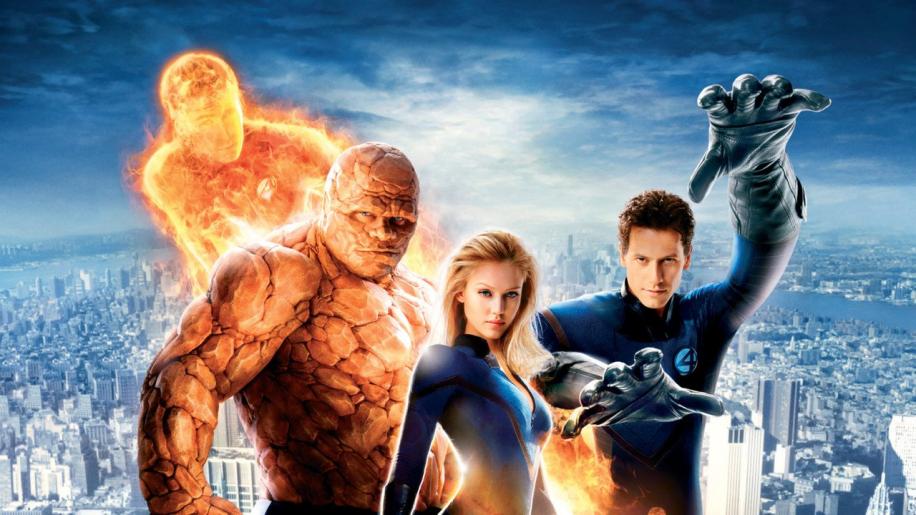 The last decade has seen an inconceivable amount of comic-book adaptations blasted onto the Big Screen. After the success (and then failure) of DC's frontrunners, Superman and Batman in the Eighties and Nineties, it fell upon the boys over at Marvel studios (headed up by the creator of many of the Marvel superheroes, Stan Lee) to bring their colourful characters to life. Spiderman really kicked things off and it is still one of my favourite comic-book adaptations because it used CGI perfectly to represent a superhero who would be almost impossible to depict accurately any other way. It also stayed true to the legacy that it was founded upon, something increasingly rare amongst cinematic interpretations of material like this.

What followed was a whirlwind of Marvel superhero movies, from the superior X-Men (which shamefully painted Cyclops so badly, but thankfully got Wolverine spot-on) to the enjoyable Blade Trilogy, Daredevil, Elektra and the underrated Hulk. All of these were largely fun, popcorn-action fantasies, solid blockbusters that generally faired well at the Box Office. Then came Batman Begins, the return of the greatest 'superhero' of all time, in a darker and more mature movie than most of the Marvel counterparts. Between that and the likes of Mickey Rourke's Sin City and the Natalie Portman-starrer, V for Vendetta, it seemed like audiences were crying out for more serious adaptations. Amidst this revolution, it sounds unlikely that a ludicrously colourful superhero creation like the Fantastic Four could find similar success at the box office. But it did, hence why the sequel is amidst this Summer's blockbuster ranks. The question is, was the original actually any good?

Reed Richards is a top scientist with a theory about studying powerful cosmic storms. He and his brother Ben, purportedly the brawn of the two, want to make the trip and conduct the experiment in space, but they need the help of a certain Victor Von Doom, a childhood 'friend' of theirs who has the money and the technology to make their dream come true. Along for the ride, they take Doom's assistant, Sue Storm, along with her brother, Johnny Storm. Of course, the mission goes wrong and they are all subjected to potentially fatal cosmic rays. When they return to earth, it is not long before they discover that they all have new powers: Reed can stretch his body as if it were made of elastic, Johnny can set his body alight and Sue can make herself go invisible. Ben, who had a higher dose of exposure to the others, finds his body made out of some rock-like substance and finds himself unable to change back into his human form. As for Doom, well, I guess you can probably figure that all out just from his name (it is a little obvious). Basically he goes evil. Dealing with their new powers, trying to 'cure' themselves, save people and stop Doom, all the while under the watchful eye of a rather confused public, the newly titled 'Fantastic Four' find their work cut out for them but realise that, as a team, they are unstoppable.

Casting is pretty spot-on for this affair - although I have my doubts about Ioan Gruffudd as Reed Richards because he is neither a strong leader nor a convincing love interest for Jessica 'Sin City' Alba's Sue Storm. Alba herself isn't too bad, which is actually quite difficult for me to say. Being one of the most gorgeous women on the planet is not necessarily a good thing when you aren't particularly good at acting because after a while, you wonder whether she wouldn't be better off just getting naked. Here she actually does, but unfortunately she's always invisible for it. Anyway, to her credit, Alba manages to make something out of Invisible Girl, a girl who basically could have - in other hands - largely been, well, invisible. She is one of the least useful superheroines I can think of (at least she has a secondary power, because she seems to only use her invisibility to avoid the press) but with Alba playing her, she is somehow much more interesting.

The Human Torch is played by Chris 'Sunshine' Reed, who is on fast-talking chick-magnet form, chatting up anything female with legs and quite happy with his new super-power, especially if it will get him more attention with the ladies, but the real find was The Shield's Michael Chiklis as The Thing. Not only is he funny, tough and tortured all at the same time, but he is also basically the coolest character out of the bunch. I am sure fans of the comic will be over the moon about finally seeing a decent cinematic representation of The Thing and it is great to have Chiklis on board in the role (despite the fact that it doesn't exactly stretch his acting abilities). As for Julian McMahon, well he gets to explore the even darker side of his Nip/Tuck alter ego here as the improbably named Dr. Doom (I mean, he was called Doom even before he went evil, how likely is that? Even in the comic book world, giving a villain his name before he becomes villainous is silly - it would be like Bruce Banner being born Professor Smash and then going on to, well, smash things up when he's moody.) McMahon, like Chiklis, is clearly capable of acting to a much higher level than is required here, but he does a perfectly good job as the metal-masked Dr. Doom (who also had his mask prepared in advance, it seems, just in case he happened to turn evil at some point in the near future).

The Fantastic Four is nothing wildly special in terms of comic book adaptations, other than in it introduces us to a group of superheroes who can finally perfectly be rendered on the Big Screen - never before could you have stretchy superheroes, giant human balls of flame and men made of rock shown convincingly on screen. It also works well as the start of something special, since further movies in the series could explore the exploits of these weird and wonderful superheroes, particularly once they have learnt how to fully utilise their powers (as we shall hopefully see in the next few months). The trouble is with this one, despite its near-two-hour runtime, there is simply too much story to tell for one movie. Choosing to explain the origin of the four, their quest to reverse the effects of the cosmic storm, their coming to terms with their new powers and then dealing with an upcoming new super-villain, all the while coping with the press and their own inter-relationships - it all basically squeezes into one movie but leaves no room for them to actually avert any disasters or, well, save many people (other than the ones that they get into trouble themselves). Unlike the Spiderman, Daredevil and Batman (Begins) interpretations, this adventure has to deal with too many characters to be able to fit much more than their evolution into one movie. This is probably the reason why in X-Men they chose to have most of the main characters fully evolved already so that you could get on with a decent, world-under-threat plot and tell what you needed to about the characters in appropriate flashbacks. It is a further shame to say that this is the original theatrical cut of Fantastic Four, being reviewed on the eve of the release of the new Extended cash-in, which could perhaps flesh out the characters and provide more action, but Blu-ray fans will have to wait to find out about that.

I am not saying that the theatrical Fantastic Four is a bad movie - as stated, it is a massive breakthrough in effects technology that we are finally able to bring these popular heroes to the Big Screen and it is a fun first adventure for this bunch, it is just nothing particularly new or original (although I am intrigued to know what intoxicating substances gave creator Stan Lee the idea that the same cosmic rays would turn these people into rock, metal, fire and rubber). It is great fun and definitely heavily biased towards kids (more so than any other superhero adventure apart from perhaps Superman) but few adults are going to desperately want to go and see it after having watched the new Batman vision. That said, when you do get around to watching it, you will no doubt enjoy the couple of hours of fun, mayhem and effects that it has to offer. I always hoped that they would make more Fantastic Four films, but I just hope that the next one is slightly more substantial.