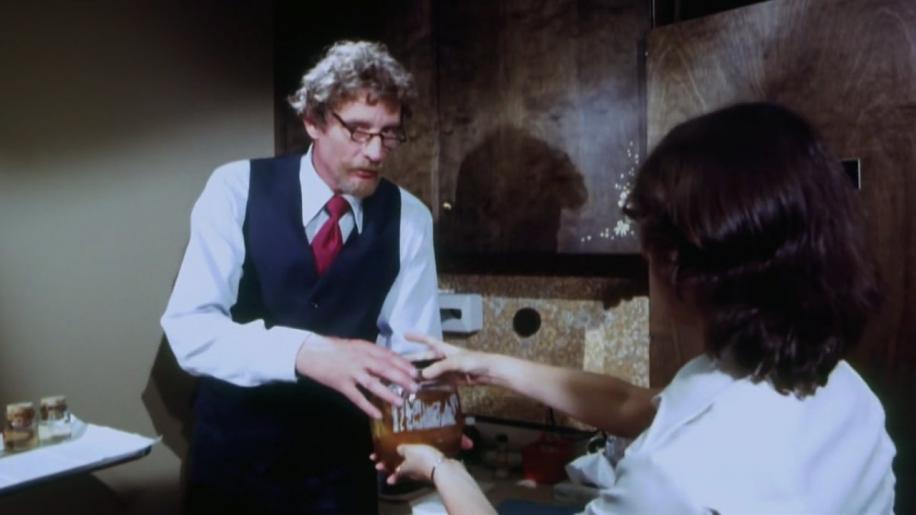 Prepare yourself for a journey - a journey into a world where each new step may give you a better understanding of your own reality.

When I look back at some of the excesses I have watched in the name of entertainment I am truly shocked. There was a time when my anti-censorship views had me buying anything and everything I could that had been banned or cut by the over zealous nanny state in which we live. I'm old enough to remember unregulated home video; an all too brief exercise in freedom. All the media worry was unfounded as far as I was concerned for all the shops I visited quite happily policed themselves. Unfortunately the idiots won and we fast became the most censored country in Europe. I'm happy to report that although my views remain unchanged the focus has wavered. For you see the advent of the internet means just about anything is available rendering censorship pretty much obsolete to the individual. And it was through that expression that I tracked down practically all of the DPP banned list of titles finding that nearly all were so utterly rubbish that that should have been the reason why they were banned and not because they had gallons of (obviously) fake blood flying around. From there I investigated the worse excesses in Italian horror to the stomach churning Japanese torture films; nothing was too low. One film that slipped the net was tonight's feature, Faces of Death, and since it seems an unusual choice to come to high definition considering its age, origins and the amount of differing film stock used throughout its run time someone ought to brace the face and take it on board. Unfortunately it was me.

Our host and narrator is the self proclaimed 'doctor of the pathological sciences' Dr Frances B Gröss (apply named, no?) whose job it is to guide us through the various scene of death, destruction, mutilation and degradation under the reasons 'to look at man's morality and the mysteries and rites surround death'. We first meet him in a doctors' surgery, which looks suspiciously like a kitchen, after footage of a real open heart surgery operation. His musings about a supposed funeral dream are offered up as an excuse for the film clips that follow upon which we are subjected to banal and often bizarre philosophical ramblings which prove as hard on the ear as the visual grotesques are on our eyes.

Starting off with a host of real footage, our first stop is Guanajuato, Mexico where exhumed corpses are found to be mummified due to the rich earth minerals. This is closely followed by brief bull fight scenes and then rather lengthier dog mating ritual mocked up to resemble dog fighting material. A short hop to the Amazon jungles shows various animals feeding in their natural habitat. One scene of note here; a snake is supposedly attacked by a school of piranha but is obviously fabricated in the editing room - notable because the material that follows this will soon become the norm - a combination of camera angles, music and editing combine to fabricate an idea that is patently not happening. After visiting a farmhand, using all the film ideas above, we watch as she goes about her duties of cutting of a chicken's head before looking at the typical workings of an abattoir including stunning sheep and gutting/skinning cattle. Then, and here is the most notorious scene of the film, we come to the monkey brains eating. Up until now we have mostly been 'treated' to actual footage, real images if edited to fabricate a story, this is the first scene that is completely staged. How do I know? Let's look at the scene: stock footage of an anonymous Middle Eastern city, obviously Caucasian staff, only one table in the restaurant and a clear rubber monkey head during the bludgeoning scene. However naff this scene looks, still its notoriety remains and it singularly propelled this title into video nasty stardom. Following on are further animal scenes including shark fishing, clubbing seals, poachers skinning alligators and another fabricated in the editing room alligator attack. And so it goes on, scene after scene of real mixed with fabrication to the same banal narration and music until the mercifully awful song called 'life' brings the film to a close; or you've turned if off.

To understand quite why this film became so popular on its initial release in 1979 we have to look a little bit at the times in which it was produced and the run up of films from which it took its inspiration. In many ways its fore runner was Death: The Ultimate Mystery (1975) with which it bares striking similarities; both starting with the mummified corpses at Guanajuato, Mexico and both go on to show various scenes of death and mutilation under the guise of some lone figure on a journey of self discovery. They form part of a cycle of films known as 'mondo' or 'shockumentaries'; features purporting to be documentaries that shock and entertain rather than inform. These type of features can be traced back to Gualitero Jacopette and his film Mondo Cane in 1962, in which he set out the blueprint for all that was to follow; sensationalist film clips linked by a narrator to overblown musical score ending with a sappy song. It had it's hey day in the sixties and seventies when footage such as witchcraft, tribal rituals, exotic continents and sex were largely unseen and unavailable. However, with the emergence of sex films into the mainstream with the likes of Deep Throat and Devil in miss Jones during the early seventies the mondo world became smaller and smaller. Director Conan Le Cilaire (John Alan Schwartz) helped to reshape the ailing industry by shifting the focus to a non-stop barrage of death and disaster.

Made by an American team exclusively for the Japanese market, Faces of Death went one stage further by removing all the 'extraneous material' leaving only the stock regarded as taboo. Upon its release it secured a place in Hong Kong's all time top twenty grossers for 1980. Although it fared less well on its domestic run a year later it was on the home video market where it firmly established itself as one of the top rental hits. So successful in fact that it spawned a succession of sequels.

After sitting through the excesses of the film it is hard to imagine anyone being fooled by the blatantly fabricated material and obvious sensationalism; however upon its release it struck the right chord and (must have) looked realistic enough to cause the sensation it so sought. By cleverly interlacing real footage with the fabricated material the makers try to fool you into thinking everything is real. It is a trick Ruggero Deodato played with Cannibal Holocaust in 1980 by shocking the audience with actual animal killings thus to try to fool you that the cannibals and the excesses committed were real. Shame on those that thought so.

Apart for the way the film is structured to sensationalise a story, there is very little to commend about Faces of Death; even though it's not the original it purports to be, it certainly hailed in a new era for the format; this was what it was aiming for and on that level it succeeds. The fact that in interlaces genuinely harrowing material of the slaughter of animals, be it in an abattoir or a farm, like Coppola's Apocalypse Now, the material was filmed at the time it was happening and not produced purely for the film's sake, along with holocaust suffering tying together man's rape of the planet's resources and pollution and not just the endless succession of real accident footage and death that one 'remembers' it to be, means that there is at least some form of story telling ethic. Of course its mythos is now so far elevated that no matter how many people deride it or inform correctly that everything shown is faked, or extended with fabricated material to sensationalise, and that it could be regarded as not worth the time or the disc space to sit through; a certain someone is always going to want to see it. And to be honest I'm not going to tell anyone otherwise because as hard as it is to sit through you should always make up your own mind about anything you watch. Kudos ought to be given to Gorgon Video for having the audacity to release such a film on this high definition format and with any luck it may loose some of its mystique and be seen for what it really is; a cheap and nasty sensationalist film.