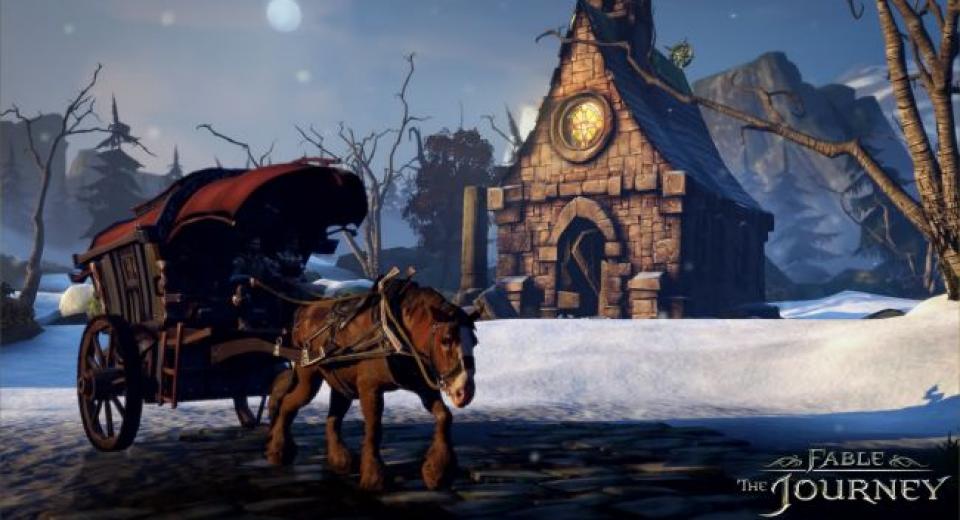 It’s been a long and not altogether smooth road that Kinect has travelled since it was released two years ago. 2010 was the year where Microsoft and Sony suddenly thought they must copy the Wii in their own unique ways as motion control was the way forward for the industry.

That has not been the case and it has since transpired that the glistening future both giants envisaged where everything would be controlled by motion turned out to be nothing more than a mirage and a fad that Nintendo had already exploited and milked. That isn’t stopping either of Nintendo’s rivals however as they are still backing their peripherals and shipping first and third (mainly the latter) party titles to pad out their motion control catalogues.

Microsoft, along with their exclusive partners Lionhead Studios, have launched their latest assault on Kinect owners out there and intend to give them a reason to dust off their cameras and give their arms a good workout. ‘With what?’ you may be wondering and it is none other than a fully-fledged Fable game for Kinect; Fable: The Journey. Billed as a full standalone Fable game that depends wholly on Kinect functionality, this has been built up to be the most interactive Fable title yet. But will it just make fans impatient and want a follow up to Fable 3 that little bit more or will it be enough to make them wait patiently for the inevitable fourth title?

Well the above statement ‘giving your arms a workout’ couldn’t be truer in this instance as you will use your arms. A lot, and that’s about it. You sit, you move your arms for a while and remain seated the entire time. For those with minimal padding on their Gluteus Maximus, I suggest you get a comfy chair or sit on a cushion because you may get a little sore. Obviously games that don't use motion control have you sitting to play them but we expect Kinect games to be more interactive that just sitting and using our arms. The great RPG titles of old have been swapped for a sit-down experience of arm flailing in order to cast spells, control your horse and interact with the world around you. All of this is part of the story that you follow, a tale of a boy and his horse; Gabriel and Seren. The young traveller gets separated from his fellow traders and is forced to travel alone in order to catch them up further down the road which is a long one.

The story surrounding this Fable outing isn’t one that can really be mumbled about as it is actually one that is genuinely interesting and Gabriel fills the naïve young lead role perfectly as it transpires that he is being bestowed with magical powers and great responsibility. He encounters Theresa, a seer from the older games, early on and she gives him a pair of gauntlets that allow him to cast magic and other spells.

The world in which you travel is one that you’d expect from a Fable title; it’s not hyper-realistic yet the graphics and detail of your surrounding environment is very pleasing and suits the game perfectly. Textures are sometimes a little slow to load but apart from that the characters and the world alike both look great.

Being a Kinect game, The Journey takes place in the first person in order to make the most of the controls and avoid any faffy camera angles. It’s somewhat of a new direction for the series as previous titles have been third person but thankfully this on-rails approach makes things a lot easier rather than trying to control your hero with your hands. It’s nice to be able to report that (assuming your Kinect is properly set up and your playing environment is correct) the controls for Gabriel are satisfactory and the camera tracking is up to scratch. Being based in Albion (what old England was formerly known as) it is nice to have a script that has been created by an English studio with English people populating it and not being stereotypical or the bad guys. The dialogue throughout can sometimes be a bit cheesy but all the characters you meet are well scripted and where interaction with other characters is concerned, there is never a dull moment.

This is a shame because going back to points earlier raised about doing a lot of sitting, the game does get boring quite quickly especially if you are one to play games in extensive sessions at a time. The same routine of mechanics are repeated throughout but dressed up in a different setting or environment in the hope that you will not remember that you did the same thing not five minutes ago.

First of all you ride on your cart guiding Seren across the landscape, you stop to dismount and go explore an area (a side-quest or a compulsory mission) then you get back on Seren until you reach a stopping point. Here you take care of Seren by cleaning her and making sure she is watered before or after you open a chest which will always be there no matter where you go. Rinse and repeat until you complete your journey. It’s no wonder that Gabriel fell asleep early on and lost his caravan; you may well end up doing the same. The actual moments where you dismount and get to explore for yourself are action packed and play out really well given the tight Kinect controls. Gabriel has the ability to cast a shock spell to rid of his foes as well as being able to pull, push or throw them in order to break their defences. You cast shock with your dominant hand and use manipulate by throwing your other arm in the desired direction. Bringing the same arm across your chest also grants you the ability to block incoming enemy attacks which gives you time to heal any wounds you may have when surrounded by multiple foes. Fighting off your opponents gives you XP, as does opening chests and caring for your equine friend, which can be used later on to give you more health or increase the functionality of the spells you are granted use of.

Sadly though these moments are just glimpses on the horizon as most of your time will be spent staring at Seren’s arse. Literally. You must manually travel to each destination whereby you sit and hold your arms out to manage the reigns which control Seren and steer her clear of any obstacles. On your journey there are also Orbs which you can collect with give you XP or refill your gallop meter allowing you to travel quicker for longer. One particular Orb, the blue one, makes you slow down to collect it for no apparent reason. Why, if your journey is already lengthy and tedious as it is, must you slow down to collect Orbs or be punished for not reaping their rewards if you gallop through them? It just doesn’t make any sense. Seren is quite the stubborn mare at times as she randomly slows right down then she’s trotting at a steady pace just for the hell of it so it would seem.

There are glimpses of genuine entertainment here but they are marred by sections that just drag on for far too long and are repeated far too often throughout the game. If there were some sections of first person combat using a sword and shield, then things might get a bit more exciting or if these Kinect sections were used as part of a bigger and better Fable title then that would be a massive improvement on this formula. But they aren’t and no matter how you dress it up; sitting and watching a horse’s rear end swing about as it travels across a long and winding road is not fun.

To End All Journeys

The Journey is probably labelled as 'the' journey because it is the one that you are least likely to forget because of its unimaginative name and because it doesn't really excite at any point. The Kinect controls are some of the best I've seen and to that end it's quite fun to play when you have several Hobbes to take down but sadly these sections don't happen regularly enough and controlling your horse just does not cut it. If there were more action sequences in there, or a full Fable game used horse travel in this way within it, then I would probably be saying something different. As it stands, this Fable game is by far the weakest of the lot because of its repetitive nature which is nearly a crime when the story and world are as well thought out as they have been in previous outings.