The most immersive, authentic and enjoyable F1 experience so far? 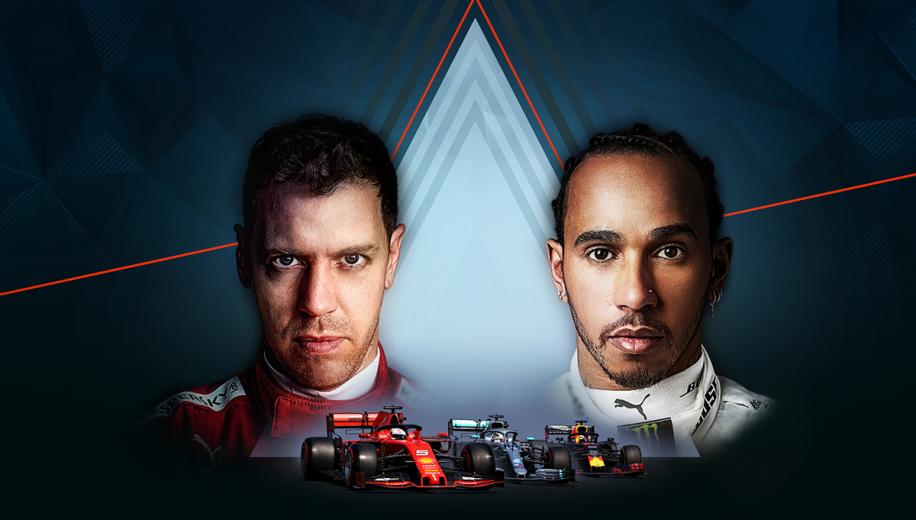 In the simplest of terms, F1 2019 does exactly what it says on the tin. It has all the components that make up the latest Formula One season, including the updated roster of drivers and cars, the new tyre classifications and the bonus point for the fastest lap. But this isn’t a Forza or a Gran Turismo that’s trying to bring you the best of everything, and you could argue that this is to the game’s credit. Instead, F1 2019 focuses largely on delivering the best and most authentic F1 experience possible, with the majority of its side dishes being the same meal with a slightly different, but no less enjoyable, flavour.

Perhaps one of the most welcome changes this year is that the game has been brought forward a couple of months, so you can actually enjoy racing alongside a larger part of the real F1 calendar. There is also the addition of the entire F2 season as well – initially the 2018 season, but with the 2019 line-up a free post-launch download – plus the usual spit and polish and a few extra perks to play with, but, essentially, if you want to recreate the current F1 season in your living room, this is the best place to do it.

As with previous F1 games, finding your feet in F1 2019 can be something of a gradual evolution, unless you’re an old hand ready to dive in at the hardest levels. We tried that for fun and couldn’t even keep the car in a straight line when accelerating from scratch in fourth gear – a flaw both in our skill level and for a console controller to give that subtle degree of acceleration required. Fortunately, there’s no real punishment to starting out on the easiest Amateur level with all of the assists turned on and gradually working your way into things.

Almost everything is open to you, with Career mode the obvious starting point, but you might want to use the Time Trials or a one-off Grand Prix to get a feel for things and acclimatise yourself to a few of the circuits. Multiplayer can also be a fun way to cover a few tracks quite quickly – if you don’t mind running at the back of the field for a while. Alternatively, you’ve also got a wider variety of 20 one-off Championships to test your mettle in and a further 20 International Event challenges, which are variations of the usual checkpoint, pursuit, time attack and overtake modes.


If you want to recreate the current F1 season in your living room, this is the best place to do it" Kicking off the Career you now get the choice to start out in the F2 feeder series. It’s only a bite-sized selection of three scenarios – with the full season, including both Sprint and Feature races, in the Championships menu – so even if you’re rubbish you won’t get stuck in F2 hell for the duration of your 10-year career. It’s a nice first step, though, and also introduces two ‘characters’ who can act as rivals for your blossoming career based on your actions. We’d hardly call it a story but it does add a little extra interest to simply winning everything.

While in F2 you can pledge allegiance to any F1 team to boost your standing with them, while your on-track efforts and post-race interviews can also affect how they see you as a potential driver. This continues throughout your career, along with the fluctuating balance between your value to the team and the value of your current contract – which will influence the offers you get at the end of each season. Interestingly, for the first time, this also now applies to all drivers, so you might see Lewis Hamilton and George Russell swapping seats over a few years! There’s nothing to stop you starting at the top with Ferrari or Mercedes if you’re confident you can fight for podiums from day one. But we’ve always found a little satisfaction in starting out with a lesser team with lower expectations – Alfa Romeo in this instance – and then making a name for ourselves. Which we quickly did.

You can argue if it should even be possible but we won our second GP by some margin. However, that’s not a fault of the game; it’s because we were playing on the lowest difficulty, which in turn has the AI set to an easy level. If you want a more genuine challenge, you can up the stakes at any point but even if you’re a racing newbie you should still be able to enjoy a degree of success by keeping things simple – and for F1 2019 to so readily embrace players of all abilities is probably one of its greatest strengths. As we’ve come to expect from the series, the handling is mostly spot-on and the variations from one car or set-up to the next are subtle but noticeable. For example, the change in grip and speed from a modern F1 car to one of the many classics on offer is clear and so every new experience requires that sliding scale of mastery that can feel so good. Heck, nailing a single apex is still the one of the sweetest things in the world, so putting a whole lap, or even an entire race, together is just the fuzziest of feelings.

There are a number of car set-ups you can swap between, with a vast array of further tweaks and performance upgrades to your car available if you know what you’re doing – and these can be a great way to shave off a few tenths. Even newbies can use the Time Trials to try lowering the traction control or reducing the auto-braking assists (which can be a hindrance on some circuits) to see the difference. With every step forward we always had a great time in the cockpit. Sure, there are times when it can get a little annoying as you blow a lap by running wide or making that horrible over-correction on a corner that console controllers can be prone to, but you get used to learning from it and moving on.

The AI is pretty good, certainly better than it was a few years ago, but we did still find the odd idiot who’d smash into us on an out lap during a practice session – and, as is still hugely annoying, you’ll get the blame for just about every crash you’re involved in (that one cost us a five-place grid penalty). There are more warnings than punishments so it’s not stupidly harsh, but it’s no less infuriating after being slammed into a wall.

The game is wrapped up in a largely impressive TV-style package, with great highlights packages and live feeds to watch. The graphics are more solid than eye-popping, though the cars and tracks look great - but when you’re doing 200mph approaching a hairpin, you’re not exactly checking out the scenery for detail. That said, there is full 4K and HDR with the Enhanced/Pro versions which would certainly make the improved lighting for the likes of the Bahrain night race pop on your screen. The audio is worth a mention, too. The engine sounds differ depending on your camera of choice, with only those facing the rear of the car giving that real guttural roar, but things quickly build up as soon as you’ve got other cars swarming around you so a decent surround system or gaming headset can certainly help with your enjoyment – and spatial awareness. As you’d expect, multiplayer can be a lot of fun, but also challenging in the right kind of way. One nice touch is that you can now customise your car and driver a little. It’s not huge, though including female avatars is a welcome step, just some simple designs and the option to change the colours, but it does make it a little more personal. We should note that there are some micro-transactions for ‘Premium’ kit, but it’s all purely cosmetic and makes no impact on your performance whatsoever.

Your options vary from running single races with one lap qualifying and either 5 laps or 25% distance, up to joining a league with a full roster of races and events to take part in. There are also weekly events, including those tied into the real world GPs where you can practice the track Monday to Friday, ahead of qualifying and a series of races over the weekend. For qualifying times and your final position, only your last effort counts, so if you nail it, then it might be a good time to put the pad down!

As always, with a rough crowd, multiplayer can be carnage – although often in a good way. In several races, we were among the slowest in terms of lap times but still bagged top five finishes simply because we stayed out of trouble and swept passed all the crashed cars. Sure, you’ll still find some rivals who are streets ahead but we had great fun, especially in the shorter formats, and found that within the same session we’d get a wide variety of results and there was always that addictive ‘just one more race’ factor.

In terms of delivering an immersive, enjoyable and absolutely authentic Formula One experience, F1 2019 does it almost flawlessly. The racing itself is as slick and polished as we’ve come to expect from the Codemasters racing team and it’s all wrapped up a very impressive package. Of course, F1 2018 was much the same, so whether you need the upgraded roster and multiplayer lobbies might have to be a personal decision.

Besides the racing, though, the standout feature remains the fact that nearly every aspect of the game is entirely open to be tailored to match your own skill settings or the challenge you’d want to face – with myriad increments along the way. If you want to keep things simple and crush the opposition on an easy mode, then you can. If you want to grind it out and really scrap for every point on a harder difficulty, then you can make a few changes and do just that – and obviously each step you take in this direction will make you that little bit more competitive in the multiplayer arena, or possibly the new eSports hub if you’re really good…