Please bear with us during this "transitional period" 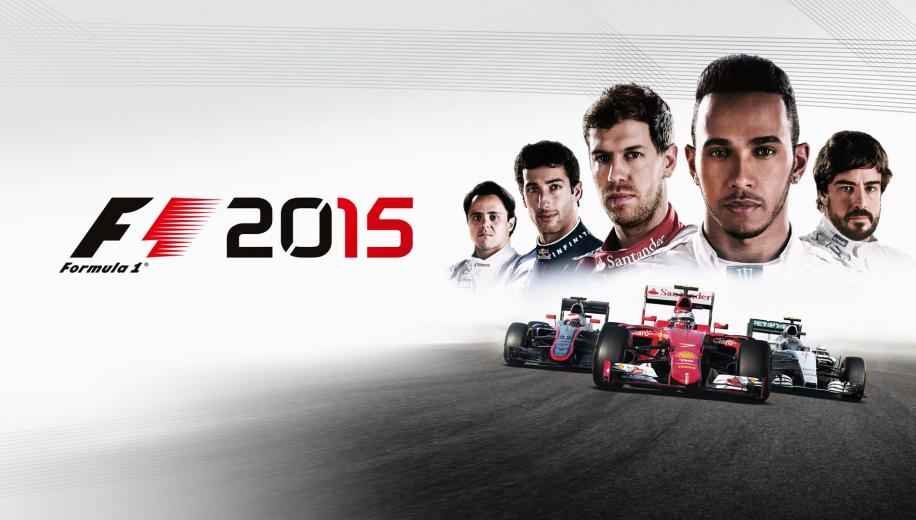 As Fernando Alonso stares down the expensive lenses thrust into his face after every race weekend, and attempts to justify the poor performance of his new Honda engine, it must be hard for the microphone wielding interviewers to refrain from asking the questions on everyone's mind: "Do you regret moving from Ferrari?" and "Do Mclaren regret moving away from Mercedes?" In reality no one asks as the answer would be a finely crafted corporate response. This season was expected to be a wash, with a new engine comes a plethora of problems to solve which simply takes time and investment, in the meantime though it remains entirely uncompetitive with rivals who have established platforms to build and improve on. I would imagine Codemasters can somewhat relate to McLaren Honda's situation right now. After cancelling last years entry on the Xbox One and PlayStation 4 to presumably make the jump to the new hardware successfully, F1 2015 arrives with a new version of the EGO engine powering the action. Out of the gate it's easy to see the improvements delivering a higher fidelity; whilst everything off the track, including driver faces and animations, are merely adequate representations, when you get in the cockpit F1 2015 looks the part. Complete with all the sponsorships, drivers and tracks that come with FIA licensing; it does a good job of delivering an authentic looking F1 experience. Most notably improved are the weather effects, which make the cars look especially realistic on the grid in the wet before you send them into the nearest barrier, re-watching your carbon fibre recycling manoeuvre is also now presented in the same camera angles the sport is broadcast in, lending another air of realism.

Hitting the reset button on the series is an unavoidable step they needed to take but that means this version is light on features when compared with previous entries. The career mode - where you take your own no name driver through the ranks of the sport from the back of the grid with the likes of Manor and work you way up to the top tier teams - has been removed entirely. You can play a Championship season: where you pick a driver and attempt to win a single season; go with a Pro season, which is the same thing but forces you into cockpit mode, removes the HUD, dials up the AI and dials down the assists; Quick Race, where you can jump into a single race (no spilt screen multiplayer this year); and finally Multiplayer. Also left on the chopping board was the fan favourite Classic mode, which allowed some fun with cars and tracks from the sports past.

It's a very distilled version of the game, it comes earlier in the season so is more relevant and has an option to play the 2014 season if you want to relive some of the previous year's driver line ups or the Hockenheimring, which was removed from this year's calendar. There is no escaping the lack of content though, the previous additional ways and reasons to put wheels on the track would be a welcome palate cleanser from the clinical march of Championship mode, but basic functionality provides what most fans will be wanting out of the box, this season's cars, teams and drivers recreated in as much detail as possible This version is light on features when compared with previous entries

Which brings us to the main event, gone is the Abu Dhabi pre season testing, which walked newcomers through some of the fundamentals of the sport. Here your first feel of how the new engine runs will likely come in the practice session in Australia. There are a range of options, with all of the assists on the driving takes on a near arcade like feel, with endless grip allowing you to throw the car round corners at will thanks to the traction control, braking assist and ABS doing most of the work for you. AI can also be adjusted to provide more of a challenge and you can enable damage to give you an incentive to drive clean, lest you become a frequent customer in the pit lane. It's down to you to navigate these options and set a challenge level you feel comfortable with, whilst it might be fun qualifying 5 seconds ahead of the pack and lapping everyone in the race, the game - like the sport - is at its best when it's on the edge, wheel to wheel.

Once I had dialled the settings in to my liking, slightly above average AI, medium traction control, damage on, I found the handling to be on the right side of difficult. Anything more than easing the power on in a disciplined manner will take you at the best off racing line, and at the worst into a side wall. Driving a Formula 1 car shouldn't be easy, yet no one plays a game like this to be frustrated, the best thing I can say about Formula 1 2015 is that most skill levels should be able to find some enjoyable racing in here with some honest settings to give them a challenge. The real problems arise when it comes to doing anything outside of turning the wheel or putting down the power.

Emphasis has been put on communication with your race engineer; with him giving you information throughout the race and (if you have it) Kinect ready and waiting to accept voice commands to get updates from the pits. All a fantastic idea if the audio mix had put the engineer's voice anywhere near audible against the roar of the engine. Fuel Mix is a confusing puzzle with your engineer delivering fuel levels in cryptic percentages and weights with the options for Rich, Lean & Standard mix having inconsistent effects. Then there's the info panel letting you know your tyre temps, and car damage is entirely missing from console versions despite being included in the PC version. F1 as a sport is as much about the car as it is the driver, and F1 the game is as much about the those interactions with the car as it is about just driving it. The game - like the sport - is at its best when it's on the edge, wheel to wheel
Little omissions like the above are perhaps forgivable, or hopefully even patchable, but the real issues are with some of the more fundamental design decisions. The safety car - a regular if frustrating feature of the sport - simply doesn't exist, yellow flags will come and go but for a game that attempts to be as authentic as possible, not including the safety car is a large oversight. To experience a full qualifying session you must commit to a full practice session and a 100% race also; thankfully mid races save are now present, but the option to configure your race weekend (in championship mode that is, it is oddly possible in Quick Race) would be a welcome option. Objectives set for you within the season mean essentially nothing with no rivalry between team mates or goals to reach for outside of the podium, another aspect of the sport which is under represented.

Multiplayer brings its own host of issues, the new "hopper" based matchmaking system where you queue up to join pre-set races is only made tolerable by the fact you can race offline whilst waiting for a connection; the long waits would otherwise be agonising. Once in a race you face the ever present meta game of what I like to call "racing game roulette" where your enjoyment relies on your opponent's ability to race clean, fair and to the end. One of the most historically consistent issues with the F1 series is that the penalty system has been largely ineffective at punishing race-ruining behaviour. Cutting corners is rife, causing an incident which gains you, or loses others, multiple seconds and only receiving a couple seconds of penalty as a result are among the issues which make online a frustrating experience. The best thing about online is the feature lobby, which follows the real life season, hosting races on the current track of the championship. This is something most people who follow the sport will do in the run up to a race weekend; taking advantage of this and building a multiplayer presence around it is smart. It's just a shame there aren't more of these ideas to pad out the scarce amount of content on display here.

For a game that claims to be delivering a detailed representation of a sport, F1 2015 fulfils only the minimum requirements necessary to be considered an acceptable recreation of Formula 1. No doubt transitioning to a new engine has been hard; but the sheer lack of content and the amount of bug fixes required, coupled with some disappointing design decisions, means that the top tier price tag is a hard value proposition to accept.

Still, when it comes down to it F1 2015 delivers where it absolutely matters. The wheel to wheel racing and recreations of the tracks and cars mean that F1 fans will have just enough of what they need to follow along with their sport. If you need more than just bare bones racing, or get bored of the flavourless implementation, then you may just want to wait till the full package is ready. Just like Fernando, we're praying for a better season next year.