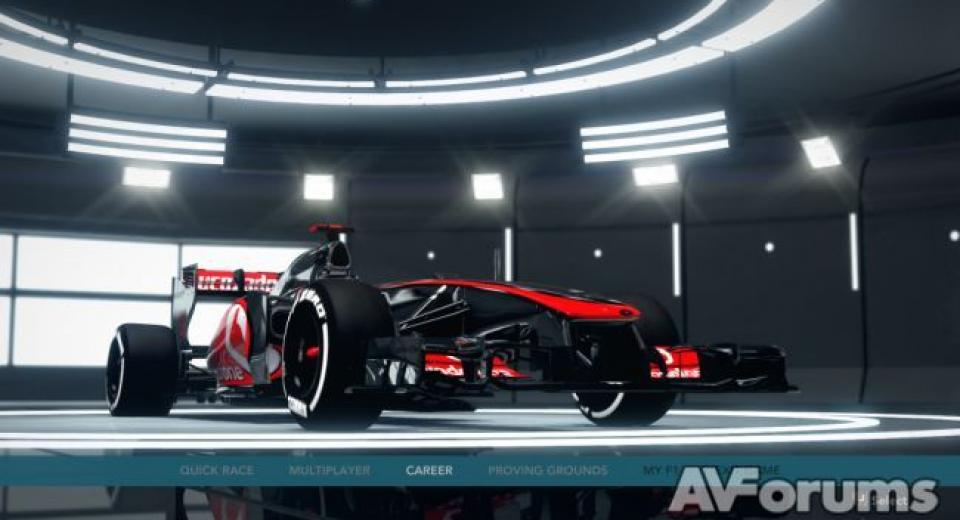 It's been four years since Codemasters acquired the Formula 1 (F1) license; with their experience in the genre they certainly have proven their ability to produce an engaging representation of F1. 2011 was buoyed by the introduction of KRS and DRS; but now they face the inherent problems of producing a yearly sports license. Can they continue to deliver the fans a detailed F1 experience and keep the series fresh at the same time?

F1 is a demanding sport with a multitude of rules, requirements and standards to adhere to, for the F1 fanatic these are an essential part of the sport and therefore key when reproducing a simulation. For the uninitiated this can provide a pretty daunting barrier to enjoying the sport.

Codemasters seek to address this straight off the bat with the Young Drivers Test mode which serves as a tutorial for the game's mechanics and an introduction to the basic fundamentals of the sport such as apexes, braking distances and tyre options. Those familiar with all of this may find this mandatory walkthrough tedious, especially as career mode can't be started until the process is complete. It does however provide a good introduction for what lies ahead. Career mode allows you to advance your (note not your favourite driver's) F1 career from the beginning; starting your rookie season in a choice of lower tier teams where you will cut your teeth aiming for decent placing and eventual promotion, culminating in a drive for a top tier team. Sitting in the paddock in front of your car monitor all of the expected options are present; with the ability to tweak tyres, fuel mix and setup your car for the maximum performance through Practice, Qualifying and Race. The interface is crisp and clean with just the right amount of real world presentation and animation to sell the in car experience.

Season Challenge boils down the career into 10 instances of 1 lap qualifying sessions and 5 lap races allowing players to pick a team and select a rival from the stable of F1 drivers, taking a seat on their team if you win. This boils down the lengthy career mode in a more manageable format which doesn't require as much navigation through the multiple menus of practice and qualifying.

For an even quicker fix of F1 action there is now also a new "Champions Mode" which challenges players to defeat current F1 champions on the grid under increasingly difficult predetermined conditions such as battling Hamilton on an increasingly wet track or trying to catch Schumacher who is sporting a set of worn tyres while you strap on a fresh set for the last few laps of the race.

Multiplayer offers 16 player (plus 8 bots rounding out the grid) online, and a co-op championship is also on offer allowing you to play a season with a team mate or against a rival via split screen in a nice touch. Online suffers from the usual "overly touchy" problems players have come to expect but the potential exists for excellent competition between friends, split screen is a blast. Although Codemasters are courting the newcomer at every turn with the tutorials and cut down modes, the gameplay is uncompromising, those not used to the simulation physics and handling will quickly discover throwing the car round corners is the quickest way to remodel the front wing. Much like the sport F1 2012 requires discipline, patience and practice, paying attention to braking distances, smooth lines and management of the multiple systems is essential and once grasped becomes satisfying when it results in logging a good time or stepping onto the podium.

The flashback system provides a cushion for your sanity which allows you to rewind time for a limited amount of instances, other aids include track walkthrough offering information and tips regarding the individual tracks, again somewhat bridging the knowledge gap for those out of the loop. F1 2012 sports all the tracks, drivers and branding you would expect from an official title. Tracks have have been mapped in painstaking detail, including the as yet untested Austin track. Weather effects have had a tweak allowing for localised effects such as dampness to be variable throughout different parts of the tracks. The detail and effects work together to present a stunning recreation of the sport, with the whine of an F1 engine screaming from the speakers as you unleash KRS on the straight it delivers a pleasing sense of exhilartion.

Bringing up the rear

F1 2012 is just what it ought to to be; an accurate representation of the sport. It requires some skill and understanding to do well but once the learning curve has been scaled it can be a very rewarding game to play. Codemasters have gone the extra mile to reach out to those who may have trouble with the fundamentals, sometimes at a detriment to their existing fanbase. None of it however truly effects the core of the experience which delivers a lot of what die hard fans are looking for with a few new twists to make this annual franchise worth a yearly puchase.