Some unexpected fun from the once dwindling series 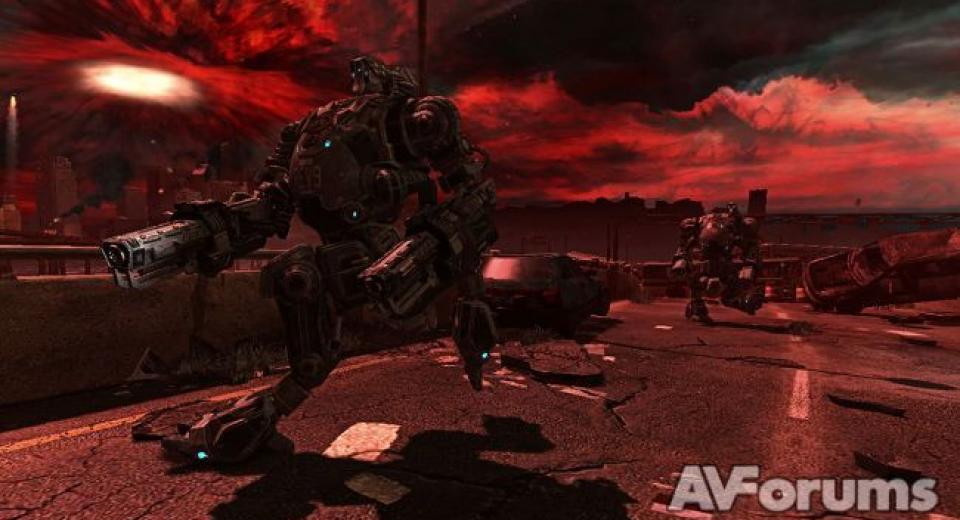 They say that third time is lucky, and in some cases this turns out to be the case. No doubt Warner Bros have taken this phrase quite literally and hoped that their franchise can reignite gamers’ passion for it. Over the past couple of years, the FEAR series has offered little more than a solid shooting experience that fell short on scares and longevity.

Now in the hands of developer Day 1 Studios, the series could see some refreshing changes made to it, whilst old stalwart mechanics remain intact to keep previous players familiar with the new iteration. There’s potential for Day 1 Studios to cement their place in the gaming market too given the current summer drought being in full swing. With little competition out there, people’s curiosity could just better them and push them towards their latest effort, so is it worth the price? Or should you fear the repercussions of picking it up?

The premise for the third instalment is much the same as it has been over the previous two games; Alma (The main protagonist’s mother) is causing havoc once again. Only this time, her actions threaten the stability of the universe after it transpires that she has raped Beckett (protagonist from FEAR 2) and impregnated herself. Somehow, her labour contractions shudder across the world and cause many mechanical, electrical and physical failures and they sound quite creepy when playing the game loud. The actual game itself is rather enjoyable and it is very rarely a chore to navigate through each mission. The series’ focus on chunky weapons and solid shooting is evident throughout as certain weapons pack a massive punch and hit their target as often as they should. There are some disappointments with the guns though, with some not dealing as much damage as you feel they should. For example, the shotgun often requires three blasts to floor an adversary, whereas three bullets from the assault rifle will quiet them down.

Another aspect of the game that is familiar with regards the older titles is FEAR’s persistence in making the game scary and slipping it into the horror genre. Sadly, this is not the case and all sequences that attempt horror have been done before e.g. look at that flickering light over there, or look at this chair that has moved itself from point A to point B. Unquestionably, there are some moments where scares are evident but these moments are so few and far between that they pale into insignificance.

On your travels, you find yourself combatting through various locations and those who enjoy their FPS games, will recognise some of the locations from another well-known franchise. Favela mission, check. Fight through a built-up American town, double check. I think you can see where this is going, but this isn’t to say that your time here is boring because you’re constantly kept on your toes.

Down to some clever enemy AI, you will never feel comfortable behind the cover you find but getting behind new protection is easy withis a new cover system in place which works very well. Keeping yourself on the move is key, given that special troopers later in the game teleport behind you and crazy locals charge head first at you like maniacal bullet sponges. There’s one thing that you’ll notice on your travels as well, and that’s the amount of blood and viscera throughout. In terms of dismemberment, the game is great; enemies show damage in the way they move from cover to cover and how they charge towards you. However, when you investigate empty houses, it seems that nearly every wall has been redecorated by a sprinkler attached to a barrel of tomato sauce. Seriously, blood is everywhere. Whether done seriously or in a tongue-in-cheek manner, the game loses its shock factor because of it.

Sadly, the rest of the game doesn’t stand up to much either in terms of visual appeal or level of detail. You will certainly find worse looking games out there and this title is definitely the best looking of the series but, for games coming out at this time and the price you pay, you expect to be treated to of a certain standard these days. In contrast, the sound effects and audio throughout are top notch, with bullets whirring past you as you duck in behind cover, and some orchestrated music helps build the rare moments of tensions and intensity.

The solo side of the game is fairly short and can be blasted through in little more than seven hours or so depending on the difficulty you play on. Where the game has most appeal though, for those who have online capabilities, is the co-op story mode and the online multiplayer. Two players can have a laugh between them playing as either Point Man or Fettle, with many opting for Fettle given he is much more fun than his brother; with Fettle having the ability to possess enemies and turn them against each other, or fling them across the room, it is too much of a temptation and much more amusing than playing as Point Man. The online competitive play tries to bring fresh ideas to the table with a couple of new modes whereby you are challenged to fight through waves of enemies whilst running away from what appears to be a ‘Wall of Death’. Terrifying, I know. Whereas other modes include ‘Soul King’ where players can take over enemy soldiers and harvest their energy and the winner is the one with the most energy.

Despite some new features, the game has little to offer to players in terms of longevity or addictivity. Considering there are bigger and better games out there since its launch, you will probably be best renting the title as opposed to buying it unless you can find it for a bargain price. If you want to see how the series ends and have been loyal to the previous games thus far then know that it is by far the best of the lot.

The stale series returns to some sort of form in the third instalment with just enough chills to keep you on your toes and solid shooting mechanics that make the game easy to play. Despite this, a short campaign and enemies that are too tough to put down hold the game back from being something much better.