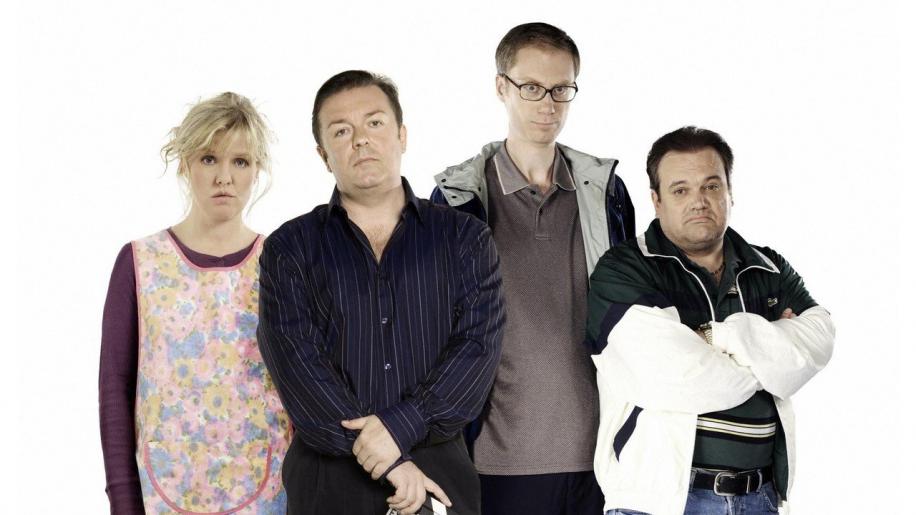 Presented in an Anamorphic 1.78: 1 transfer, this is a lovely looking release. Granted, this isn't the most demanding of visual spectaculars to recreate on DVD, but what it has to do it does superbly. Colours are rich and even, blacks are uniformly solid, and skin tones are natural. The transfer is nice and crisp, there are no noticeable digital artefacts, haloing or edge enhancements to write home about, and the print is in great shape (as it should be). Absolutely zero complaints here. The audio is presented in a workmanlike and serviceable single Dolby Digital 2.0 track. Sound is pin sharp, dialogue is clear and there is a nice balance to the mix. There is absolutely nothing here to astound, but given the context of the material, I can't see how anything could have been improved drastically. There are no problems with this. Well, with a 2-disc set and a title of 'Extras' you would expect this release to be stocked to the gills with supplemental material. Instead what we have here is generous, however somewhat lightweight. On the plus side the DVD is certainly not padded with unnecessary supplements designed to bulk the package out. Everything here is streamlined and worthwhile, even if brevity is somewhat of a problem on this additional disc. 'Extras' contains three brief but entertaining short features which make up it's behind the scenes supplemental additions. The longest of these is 'The Difficult Second Album', a behind the scenes mini documentary which focuses on the creation of the series. Personally presented by Merchant and Gervais and running at just over twenty minutes, this is a light-hearted and entertaining glimpse into the production with plenty of off-the-cuff anecdotes from its creators. The other two features are basically self indulgences from Gervais in particular, offering nothing in the way of insight into the series. It's just as well old Ricky is such a funny guy then, as his comedy mannerisms elevate the pieces from the sub-ten minute fluff they really are into a couple of enjoyable time wasters. 'Finding Leo' is a home recorded short by Merchant, tracking Gervais' desperate and futile attempts to locate a replacement celebrity for an episode after original choice Jude Law pulls out due to filming commitments. After setting his heart on recruiting Leonardo DiCaprio we are treated to Gervais scrabbling about in vain attempting to locate DiCaprio's agent using directory enquiries. The jewel in the crown however, is 'Taping Nigel'. At a smidge over seven minutes long, it's certainly cheeky of the DVD manufacturers to proclaim it a documentary, but what it lacks in length it makes up for in sheer comedy gold. Its entire length is devoted to footage of Gervais torturing his editor Nigel for his own evil sport and amusement. Nigel finds himself humiliated time and again by a cackling Gervais, who knows no limits when drawing caricatures of his hapless workmate, or turning him into a makeshift man-machine through ingenious use of sellotape, cardboard boxes and a can of Glade. The mind boggles. Rounding out the second disc are some outtakes and deleted scenes from the show itself. The outtakes mostly consist of Gervais' inability to keep a straight face in any scenario, although his hyena-like laughter is infectious and prevents this from descending into Dennis Norden-lite banality. There is a generous selection of exorcised footage which range from minor alterations through to full complete scenes. The scenes are all of the same high quality as the show, and can only have been removed for pacing/time keeping issues. There is some very funny stuff here. All in all this is a respectable array of supplemental materials, if a little less comprehensive than we could have hoped for on a 2-disc release. A fine effort on DVD for a great show, and a must for any fans of exciting new British comedy. Top banana.