Evil Dead, The: The Book Of The Dead DVD Review 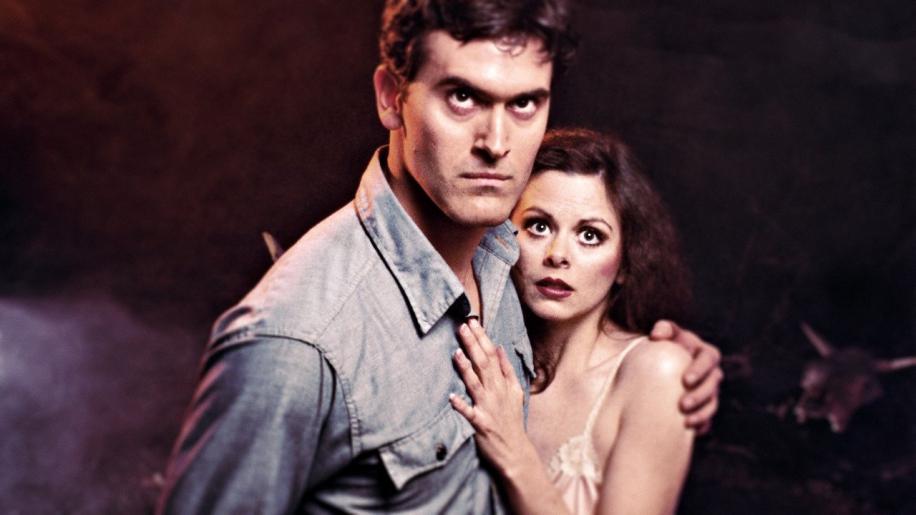 Previously, we took issue with Anchor Bay's decision to crop the film from its original 1.66:1 ratio to the more acceptable 1.85:1 aspect ratio for The Evil Dead's DVD release. But despite the loss of some visual information, the cropping was nominally supervised by Sam Raimi so at least you know you're getting the director's version of how the film should be seen. As it is, the film does look rather lacklustre despite the new anamorphic 1.85:1 transfer, simply because of the low budget origins of the film. But judged against previous releases, we can't deny that the film has never, and will never look any better than this. There's grain in the image, minor traces of colour bleed and other faults due to the source material, but technically the transfer itself is impeccable.

What really surprises us about the disc is the quality of the Dolby Digital 5.1EX and DTS 6.1ES mixes included. We've checked out quite a few of these mono to surround remixes before, but none of them have ever managed to expand on the source material and make quite such good use of the surround speakers as these mixes. Both offer plenty of perfectly placed spatial effects and the bass levels are suitably deep. Simply stunning.

This is where this release becomes the ultimate version. The first disc (via some suitably stylish animated menus) contains: a commentary track by Sam Raimi and producer Rob Tappert; a second (typically hilarious) commentary by Campbell; Fanalysis, a rather unnerving documentary on fan mentality by Campbell; a trailer; TV spots; an extensive poster and stills gallery; biographies; a 13 minute featurette focussing on the film's distribution in the UK; an 18 minute compilation of behind-the-scenes footage and outtakes and a couple of Easter Eggs which are an interview session from a recent US screening of the film and FX test footage.
Sadly, Anchor Bay wasn't able to include Raimi's short Within the Woods on the disc due to legal problems. But despite this, and the impressive extras, what really makes this the definitive release for fans is the packaging.
The case is a latex reproduction of Tom Sullivan's original Book of the Dead prop from the movie. It not only looks like rotting flesh, but also smells like it! The 'book' contains 12 pages of reproduction art from the prop and an introduction by Sullivan.
We aren't usually fans of novelty packaging as it usually makes your DVDs hard to store, but in this case we are prepared to let it ride as this is easily the most impressive looking piece of packaging we've come across. Unbeatable.One of the best horror films ever made in one of the best DVD packages ever released. This is a must have for all Deadites.