Evangelion: 2.0 You Can (Not) Advance Movie Review 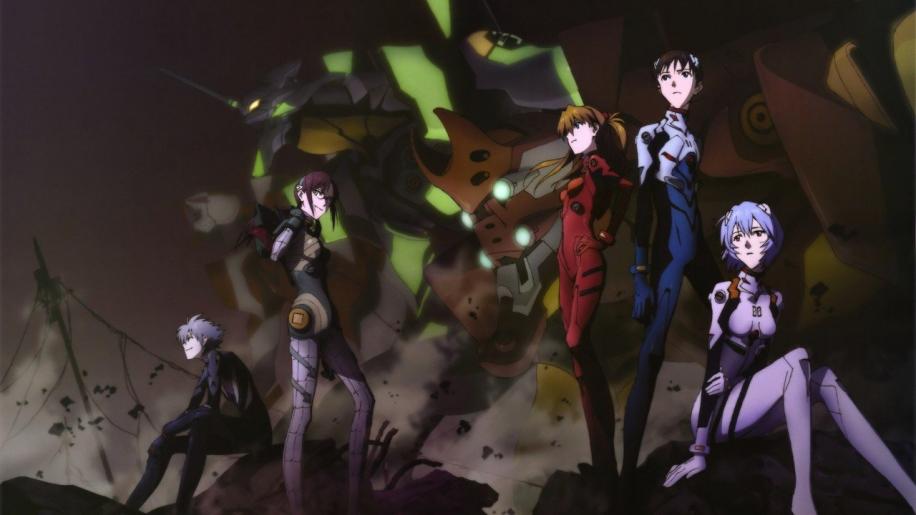 For full understanding of this, the second part in the new Rebuild of Evangelion project, newcomers to the Neon Genesis Evangelion universe should consider visiting my review of Evangelion: 1.11 – You Are (Not) Alone in order to get a decent grounding in the background of this massive franchise. But basically, in summary, the original animated TV series was produced in 1995, re-edited for movie release in 1997, and has now been revisited for a (relatively) new reworking. It charted the ongoing apocalyptic conflict between a paramilitary organisation known as NERV, and a group of monstrous otherworldly beings known as Angels. NERV’s primary weapons were giant robots called Evas, which could only be piloted by a number of precocious teens. These Evas faced-off against each successive Angel in a series of epic, city-levelling confrontations.

The Rebuild of Evangelion project is intended to consist of four feature-length instalments. The first three parts are supposed to tell the same story as the original TV series, and the fourth is supposed to be an all-new ending. Thus far, only the first two movies have been released, and even they themselves have different incarnations. Chapter 1 was released as the theatrical Evangelion: 1.0 – You Are (Not) Alone, and was followed up by an initial home video release called version 1.01 – with reshot cuts. Then a further variation, with 3 minutes of extra footage, called version 1.11, was released, the most complete cut thus far (expect a 4-part collection with potentially even longer cuts, eventually). Having reviewed Evangelion: 1.11, I came to the conclusion that whilst it was a glossy, pretty update, that edited down all of the unnecessary elements and formed an engaging, lean, action-packed feature offering, it was still ostensibly just a often shot-by-shot, cell-by-cell remake of the first 6 episodes of the original animated TV series. Many fans baulked at this fact, disappointed that the new production did not have more to offer. Thankfully, any such complaints do not apply to Evangelion: 2.0 – You Can (Not) Advance, the second chapter in the new Rebuild series, and one which definitively proves the value of this new project. (This is, of course, the 5-minute longer version 2.22, complete with unspecified alterations from the original Theatrical Cut)

It has been fifteen years since the world was devastated by the apocalyptic disaster known as Second Impact, and now the alien Angels that instigated said attack have returned to instigate Third Impact. Gendo runs NERV, a secret military organisation set up to protect New Tokyo-3 (a version of Tokyo build to recede underground in times of emergency) from the alien Angels; and NERV has created several Eva robots, which appear to be the only things capable of combating the Angels. Unfortunately the machines are restricted, not only by having to be physically linked by cable back to NERV control (because of the massive amount of power that they require) but also in that they must be piloted by ‘special’ children that can form a ‘connection’ with the mechanised units (the scientists at NERV determined that children are the only ones who can connect with the units because, apparently, children have no souls).

After one of the other children involved in the project, the shy girl, Rei Ayanami, was injured battling an Angel, Gendo pressured his own estranged son, Shinji Ikari, to pilot one of the Evas, forcing the boy to grow up rather quickly, and slowly realise that the fate of mankind itself may just be in his hands. The first chapter, You Are (Not) Alone,culminated with Shinji finally coming into his own, even if he had not yet fully accepted his place in NERV, and saving Rei’s life after a climactic battle with the latest Angel.

This second chapter, You Can (Not) Advance, kicks off with a one-two introduction of the latest children involved in the NERV project, seeing the enigmatic new European-division, Mari, combating a resurrected Angel at an Alaska base, and then introducing veteran NERV pilot, Asuka, taking on the seventh Angel in a spectacular battle that showcases both this girl’s unflappable arrogance, and her superior skills. Both of NERV’s other child prodigies, Shinji and Rei, are quite shocked by Asuka’s overbearing presence and overt sexuality, Shinji even more so when he is compelled to live in the same flat as the feisty young redhead. A brief respite visiting some endangered animals does not particularly bring the kids closer together, but with the impending threat of yet more Angels, they have to turn their focus back to protecting Tokyo-3, and, after Shinji refuses direct orders to combat one of the Angels – an act which inadvertently results in Asuka’s life being put in jeopardy, both Shinji and his father Gendo must evaluate whether or not he should continue his work with NERV. The decision may end up being irrelevant, however, as yet another Angel is poised to attack, and this time it may be a battle that none of them walk away from.

You Can (Not) Advance is a very different animal to its predecessor, You Are (Not) Alone. Where the first chapter essentially introduced the characters, and barely strayed from the original source TV show – but for altering the animations for the invading Angels – this second chapter takes things to the next level, offering up one of the most action-packed movies, not just in the Evangelion universe, but in terms of almost all of the films that I have actually seen this year! It really is a non-stop rollercoast ride of attacking Angels versus defending Eva units, there barely being pause for breath between the confrontations, which increase in scale and significance across the feature’s near-two-hour runtime. And what’s more amazing is that, actually, beneath it all, there’s quite a coherent and interesting narrative binding everything together. It really takes the promise offered by the first movie and steps things up to the next level.

The Evangelion saga – both old and new – has always been acclaimed for its interesting blend of mythological ideas, political machinations, soul-searching philosophy, pubescent angst and mechanised warfare. It is at once an expertly realised sci-fi actioner, a bleak, post-apocalyptic satire and a coming of age allegory. And with both Christian and Jewish symbolism worn on its sleeve, and many ideas drawing parallels with the premise for Scientology, the story – as a whole – can become dauntingly complex. Thankfully, whilst the symbolism still rides strong (particularly during the action sequences – check out the crucifix-shapes and halos the battling Evas/Angels make), the narrative itself is a much leaner variation on what fans will remember somewhat from the original series.

Shinji, the whining Carrie of the piece – ready to go off like a firecracker at any given moment, is still finding it hard to come to terms with his new-found purpose in life, and takes one step forward and two steps back when he finds first Asuka’s, and then Rei’s, life under threat, yet again. The bond between him and Rei, whilst arguably not as developed as in the original series, is still there, and – if you watched Evangelion 1.11 and 2.22 back-to-back I’m sure you would see exactly why things lead to where they do. I don’t really like Shinji much, he has played the petulant child for too long now, and it just gets a little boring and grating (How many times does his dad have to tell him to grow up before he listens?). It does, however, work as an interesting counterpoint for the other characters – the over-confident soloist newcomer Mari; the shy, semi-suicidal, do-whatever-it-takes Rei; and the bolshie, aggressive and arrogant Asuka (who will happily kick Shinji’s ass, whilst butt-naked!) – all girls who not only suffer for their own mistakes, but actually suffer at the hands of Shinji’s childish whims. Thankfully, by the end of it all, even if he hasn’t suddenly grown up, he does appear to know what he wants a little more – and consequently seems more prepared to do whatever he needs to do to get it.

Even the side-characters get a little more development, with the persistently drunk Misato revealing more about her history with her dad, and consequently briefly giving us a glimpse of the Second Impact. And the characters aren’t the only ones who have evolved over this second instalment, with both the Angels and the Evas themselves undergoing some severe changes – and not just in terms of animation style. This is the chapter where we’re introduced to the autopilot ‘dummy’ pods, rogue Eva units, resurrected Angels, and finally the toughest Angel that NERV has ever faced. Evas prove themselves to be good, bad, and perhaps even divine, whilst the Angels take one step closer to their goal – the fallen Angel Lilith at the heart of Tokyo-3’s underground base. And that’s exactly where all the action stems from.

After the first part laid the foundations and reminded you of what had happened before (in the series), Evangelion: 2.22 – You Can (Not) Advance proves itself to be the Aliens to 1.11’s Alien, a tremendous successor, an action-packed, guns-and-fury chapter built around a solid story, with well-developed characters, tense confrontations and serious consequences. Did Gendo plan the destruction of the Arctic base and, subsequently, one of Russia’s only Eva units? Is he attempting to bring about the 3rd Impact? And what of the mysterious SEELE group and their Human Instrumentality Project to attempt to touch the Gods? Will they sit back and let the 3rd Impact commence before schedule? (Hint: Watch after the credits to find out). Not only will you be desperate to see what happens next in this fantastic reboot series, but you will probably have no idea where they could possibly go from here. And with two instalments left – the next one tentatively called Evangelion: 3.0 – The Quickening – I simply can’t wait to find out.