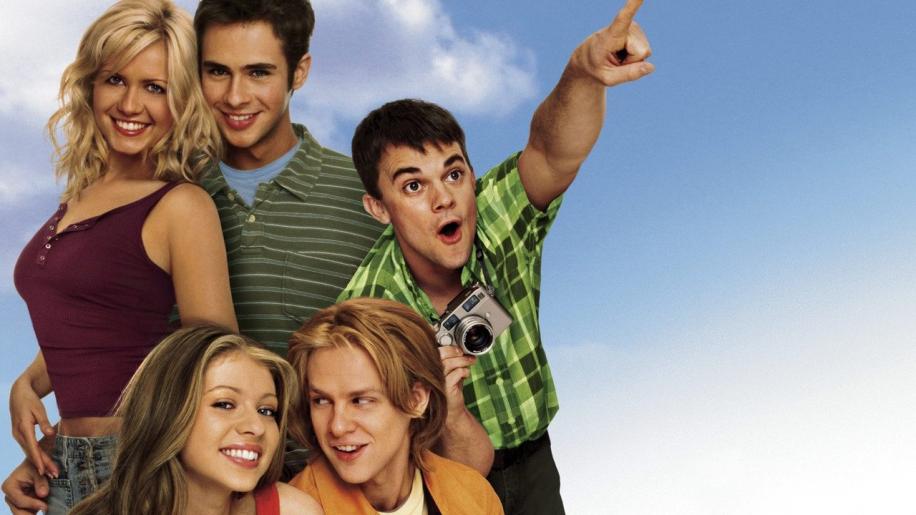 Scotty Thomas (Scott Mechlowicz) has just graduated from High School and as the family gather to celebrate his big day; his girlfriend Fiona (Kirsten Kreuk) drops the bomb shell that she is dumping him. Devastated, Scotty and his best friend Cooper (Jacob Pitts) attend the graduation party where the band play a delightful ditty called “Scotty Doesn't Know,” a song inspired by the lead singers affair with Fiona behind Scotty's back. Totally dejected Scotty then thinks that his German internet penpal, who is male, is hitting on him, so he despatches an email telling Mike not to write ever again. However the next morning it is Scotty's 12 year old brother who informs him that Mika is actually a girls name and she is pretty hot. With the whole summer at their disposal Cooper and Scotty head for Berlin to find Mika, but the only flight available as couriers is to London, no big deal says Cooper “Europe's the size of a shopping mall, we can walk it!”. Upon landing they head out to explore and are soon confronted by the Manchester Utd football hooligans lead by Vinnie Jones and after a sticky situation in the pub, the boys manage to convince them they are the American supporter's branch. Next it's Paris where the boys meet up with twins Jamie (Travis Wester) and Jenny (Michelle Trachtenberg) who are friends from High School. Soon all four are heading to Berlin via a nudist beach, Amsterdam and Bratislavia! Will Scotty get his girl?

If you like your humour rude and crude, with plenty of nudity and farting jokes then Eurotrip is for you. Written by the same team that brought us Road trip and Old School, the humour is plentiful and at times very funny indeed. You have your usual stereotypes along the way, but overall the films cast do their bit to bring the best laughs out of the movie and for the most part they succeed, only a few fail to at least raise a smile. The young leads are also quite convincing with good comic timing, yet I can't help but feel they were struggling at points. The stand out moment for me was the love scene where David Hasslehoff appears in the corner of the screen singing his little heart out, hilarious! Eurotrip is recommended to those who enjoyed the American Pie series, for others it is definitely a rental first. This unrated version is only a few minutes longer than the R Rated edition, the only extra footage are some nudity and bad language.