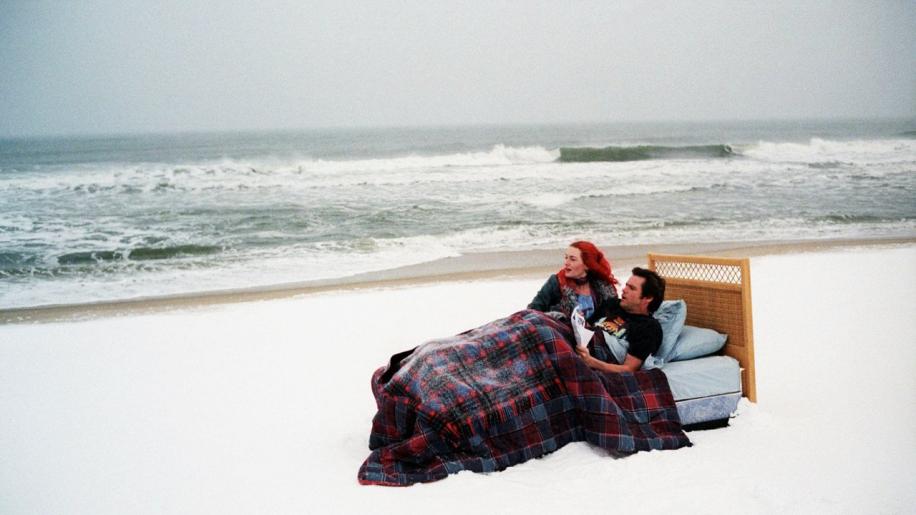 This is one of those weird ones. Sometimes the picture looks like an old 80's movie on Sky, while at others the picture is totally natural. The scene at the beginning of the movie where Carrey climbs out of bed is so real you feel like you can walk through the TV into his room. Whereas the in car conversations subsequent to that scene appear to have a gritty peppery feel to them. So is this done on purpose, or not? I can't be sure, but the overall quality is very reassuring and directorially different. This isn't the kind of movie with crash bang demo clips present. That isn't to say the sound has nothing to recommend it. The mix (with one exception) is very listenable, never calls attention to itself and yet isn't boring. The in-memory parts of the movie have some good use of bass - a good mechanic to introduce unease. Treble is deftly handled too, with the ice on the frozen lake creaking and snow crunching underfoot. The DTS track is way too loud coming across as brash. This is obviously attenuated by reducing the overall volume, but I still couldn't help but prefer the more listenable Dolby Digital track. The Commentary is okay as far as commentaries go. There are a few too many analytical comments, where perhaps Jim Carrey or Kate Winslet may have alleviated the tone. There is a good quote where writer Charlie Kaufman says right at the beginning, “Are you going to narrate it - 'Jim is waking up'?” after director Michel Gondry does just that. So at least this particularly irritating commentary characteristic is avoided.

A Look Inside Eternal Sunshine Of The Spotless Mind is a standard making-of documentary. While it is interesting, this particular type of supplemental feature is starting to wear thin. After all you already have the conclusions you want to get out of Eternal sunshine after you have watched it. If you watch a making-of documentary before the movie, then there is a chance it will spoil the watch.

A Conversation with Jim Carrey and Director Michel Gondry is much better. Here we have some genuinely interesting behind the scenes info. The motorised bed and elephant anecdotes alone are worth it and the forced perspective demonstration is a little freaky to see. From someone who prefers the shlock horror of Reanimator or the grim retributions of Thriller - a Cruel Picture, Eternal Sunshine of the Spotless Mind took me by surprise. I once heard Ralph Brown say of Withnail and I that it was a good movie “because there isn't any crap bits in it.” Well, that same maxim can certainly be applied to this movie, even if the extras are a bit lacking.