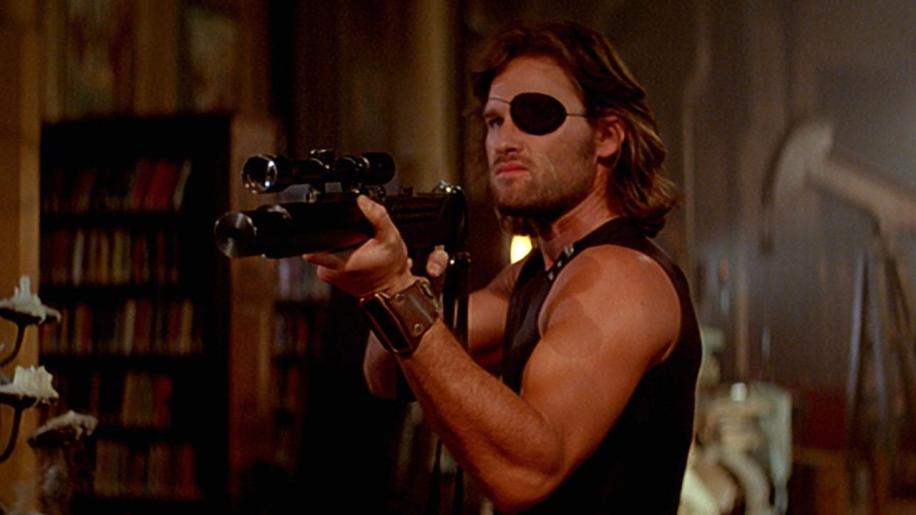 Touted as a "New High Definition Film Transfer" those who are familiar with, or own the previous release will no doubt be thrilled with the improvement on offer here. Gone is the soft squishy image and behold, there is good detail that extends to the films mostly darkened scenes, blacks are genuinely black, colours are solid and clean with emphasis to reds. Slight grain and edge enhancement is apparent here and there but given it's age, source history, low light filming and most especially in comparison to the previous release, this 2.35:1 anamorphic image is just great - a real night and day improvement.

A new (448kbs) Dolby Digital 5.1 mix has been bestowed upon this edition, it is however unable to disguise it's very humble origins. Whilst the dialogue channel performs well enough, there is an obvious lack of frequency bandwidth with nothing much at either of the frequency extremities. Whilst the odd moment of discrete channel information and interaction is present (check out the panning of the helicopters at the very beginning of the movie), and front channel separation is acceptable, in general, it all sounds not that far removed from a Pro-Logic 2 enhanced stereo soundtrack.

Of course there are some excellent proprietary processing enhancements to assist with this, Pro-Logic 2x, Logic 7, THX and it's much better sibling THX2, spring to mind. Both Pro-Logic 2x and THX2 improved things considerably. THX2 reinforced the lower frequencies, whilst applying large amounts of de-correlation to the 4 surround speakers. Re-eq was not an issue as there is not much up there anyway. In my opinion if you've got them use them, without doubt employing THX2 certainly enhanced the listening experience.

I would like to take this opportunity to mention the score (hmmm - the score). This is a prime example of the John Carpenter experience. Renowned for his hands on approach to both composing and physically playing the scores for his own films, Carpenter is the master of the "one fingered keyboard playing" technique.

I have often thought his simplistic themes have more effect and emotion (albeit usually dark), on both the film and the viewer, than many big budget 60+ orchestrations. The Thing, Halloween, Escape from New York - all fabulously scored with ridiculously simple "ditty's". All hail John Carpenter.

On disc one, alongside the movie are two commentaries, the first by Carpenter and Russell and the second by the Producer Debra Hill and Production Designer Joe Alves. Both are very good indeed, but those who have listened to a Carpenter and Russell commentary before will know just what to expect - great stuff!
Disc 2 offers us 4 categories, the first of which is Featurettes. Within Featurettes there is the Return to Escape From New York Documentary, a retro filmed 25 minute piece from both cast and crew members recalling their experiences.

Making of John Carpenters Snake Plissken Chronicles Comic (phew!) is a series of stills with text showing conception and design to fruition of the comic, an example of which is included in the Gatefold sleeve. Finally there is a self- explanatory Montage Trailer.

The next category is Deleted Scene. This is the 10-minute opening scene that was cut from the final edit. This comes with a selectable commentary.

The third category is Trailers. This contains the original theatrical trailer and two teaser shorts. There is also a selection of trailers for other MGM offerings

The final category is a Photo Gallery, which is divided in to three subcategories: Behind the Scenes, Production Photo's and Lobby Cards. There are DVD-ROM related additions.Just in case it is not abundantly obvious this IS a fantastic release of a great film, with a new transfer, a new soundtrack and all wrapped up in a lovely gatefold package.

As something of a confession: I had specifically asked to review this release, on hindsight however, this may not have been such a good idea. It would be nigh on impossible for me to be impartial or unbiased about this release.

For those of you, and there will be many, who have owned the VHS, Laserdisc and previous DVD releases and clearly enjoy this film as much as I do you have no excuse. Buy this right now, stop reading this and click on the "Add To Cart" tab from your preferred retailer immediately. For everyone else DITTO!