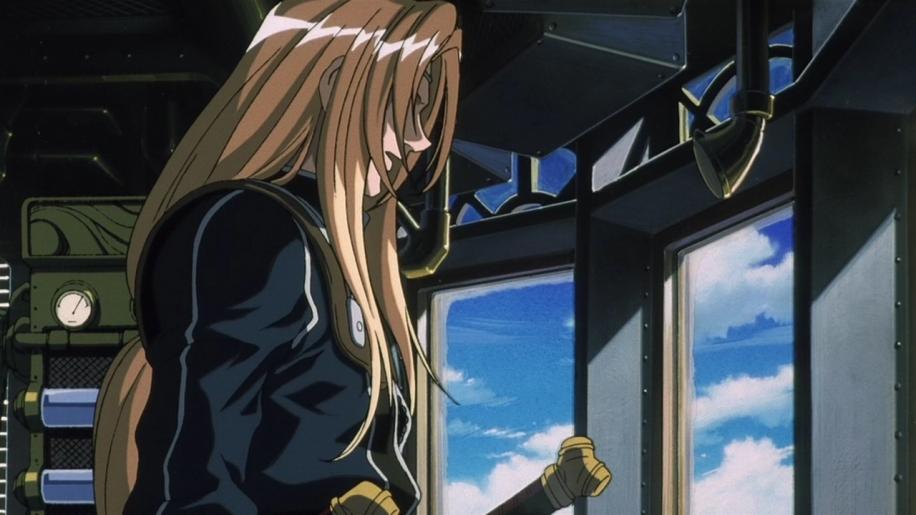 First things first: I am not the world's biggest Anime fan... in fact I'm still a little unsure as to whether I fully understand the intricacies and disguised meanings hidden within many, if not all, of these strangely addictive movies. And so on to Escaflowne The Movie: Ultimate Edition which I found to be a sprawling, slightly disjointed affair, due in part I suspect, to the fact that the idea has been adapted from an original TV series. As I've never seen the TV version I did feel a little lost at first. The Movie begins with a young sword fighter - Lord Van - flying through the air, landing on an enemy craft and dispatching its occupants with the skill of a Samurai warrior. The carnage that ensues is quite bloody and graphic, to say the least. This is not Earth, but Gaea - a world in the midst of war and on the brink of annihilation, whose very existence depends on a lone young girl - Hitomi Kanzaki. Unaware of her fate, but terribly depressed with her lot on Earth, Hitomi is transported to Gaea by Lord Folken. It has been prophesied that the very future of the planet depends on the appearance of The Wing Goddess(Hitomi) - the only person able to summon The God Of Battle - Escaflowne. But which side will The Wing Goddess choose - Lord Folken's Black Dragon Empire or the opposing White Dragon Clan?

If I am to be brutally honest - I really didn't care which side she chose as despite a promising opening sequence the movie as a whole seemed to fall a little flat, with little by the way of originality... I would have preferred a bit more gruesome sword fighting with much less time being spent on the rather dippy character of The Wing Goddess/Hitomi Kanzaki, whose purpose for being included in the movie simply eludes me.