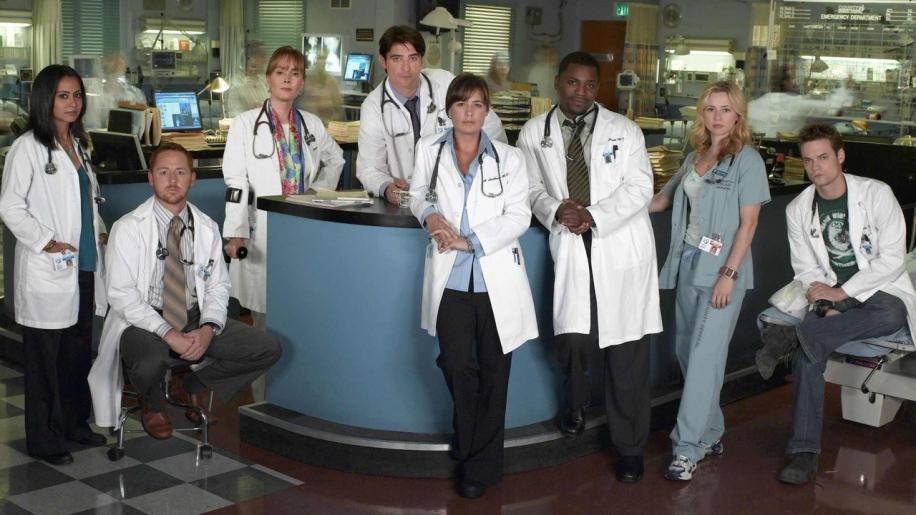 As Michael Crichton himself explains the two hour pilot episode was filmed on location in an old hospital - due to financial constraints it was simply too expensive to build a set for the new show. This created lighting difficulties, which in turn seems to have given way to persistent grain in darker scenes (of which there are many), especially in the earlier episodes. The image on display here is not the sharpest, but at least it doesn't suffer from edge enhancement, which was never an issue for me. The print itself is showing its age, though with quite a few nicks and scratches evident. As far as colours are concerned - well, if you like greys and greens you'll be in heaven here!

I was surprised just how much better this DVD release looked compared to how I remember it from seeing it on TV - yes it's miles away from most modern releases , but it still seems as though a surgical gauze has been removed from the camera lens leaving us with a very natural looking picture.

I was pleasantly surprised by the Dolby Digital 2.0 stereo track included here. Set your amp to Dolby Pro Logic II, sit back and enjoy. OK I admit ER is a very dialogue driven show and no sound format will ever turn this into a Matrix type experience. Never the less, it has its moments and there are a few occasions that my sub woofer shook me from my reverie and there are even times when the rears come alive!

The commentary Prescription For Success: The Birth Of ER with writer/executive producer Michael Crichton and executive producer John Wells is an informative, if slightly cold and workmanlike insight into ER trivia. First Year In Rotation: Caring For ER incorporates a whole host of people who have worked on the show including Director Rod Holcomb and Casting Director John Levey and pretty much mirrors the style of the previous commentary.

Rounding off the supplemental material is audio comentary from series producers and crew for two further episodes - Sleepless In Chicago and Love's Labour Lost; a couple of featurettes, outtakes and additional scenes. All in all some worthwhile extras giving real insight into the history of ER.This DVD release is all about the quality of the series itself. Picture and audio are adequate at best whilst there's enough supplemental material to while away a good few hours. But the show itself steals the show here. Place one of the DVDs into your player, sit back and before you know it you will have watched four............five, perhaps six episodes on the trot. And when that final episode plays out you will, no doubt, be as impatient as I am for series two to hit the shelves. Recommended.