With our third 1080P projector review in as many months, can Epson's new bargain price unit live with the big boys? 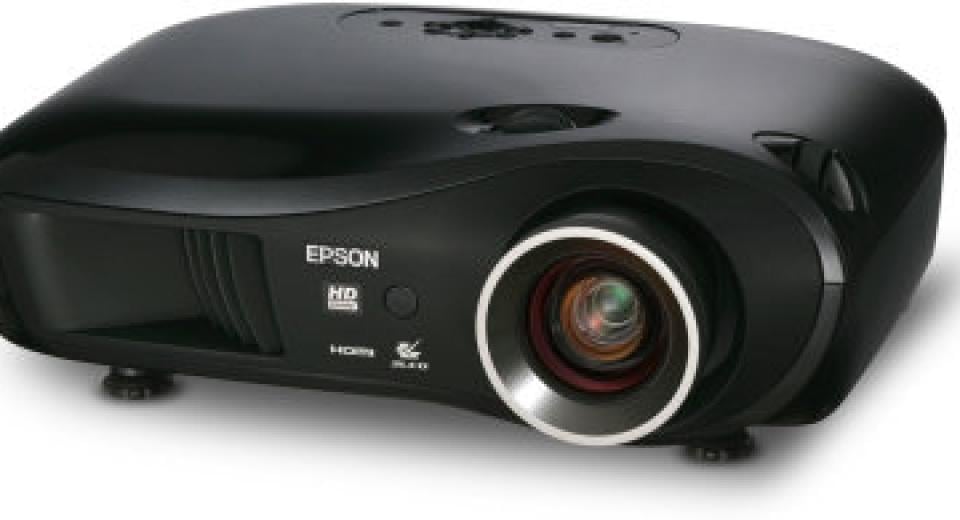 It looks as though 1080P projectors have been a bit like your local buses, you know you wait for what seems an age for them to arrive and then three turn up at once. That’s certainly been the case these last two months within the AVForums review room, first we had JVC’s HD1 which set the standards in terms of all round performance and black levels, then we had Panasonics PT-AE1000 do its thing in our reference system. And now we have the cheapest 1080P machine yet to be seen in the UK from Epson, the EMP-TW1000.

Epson have been the best selling projector manufacturer in Europe for some time now with their business range, and the fact they are now taking the home cinema market seriously has to be a good thing, right? Well I know when I think about the company I cannot shake the image of business like cheap looking grey boxes, not a bad image if you are looking for a cheap presentation light cannon, but when talking about serious home cinema performance it hardly seems inspiring. However after spending three weeks in the company of the TW1000 I have to say that my initial prejudices were well and truly laid to rest.

The first thing to impress me was the solid build quality for such a cost effective unit. It is true that in the £5k and under market cost savings have to be made in materials and components, yet the Epson is reassuringly solid, with its sculpted plastic body and surprisingly heavy weight. It is also larger than expected at 310 (D) x 406 (W) x 124 (H) mm, with options for table and ceiling mounting.

On the top side of the machine are the lens shift wheels which allow 96% vertical and 47% horizontal movement, giving users complete flexibility in positioning. We didn’t put these claims to the test as we couldn’t get the unit far enough off to push the machine to it’s limits, instead we set the projector square to our 7.5ft 1.78:1 screen and it took a matter of minutes to get it set up correctly. However I will quickly point out one odd feature which caught me out at first. In the menu system there is an option to set the scaling, although its not a scaling control – confused? I was! What you need to do is set this control to 100% so that you have the correct aspect ratio on screen, otherwise the image has a certain amount of vertical pull, very strange indeed.

Connectivity is reasonable, bearing in mind the RRP, and offers 1 HDMI port which is V1.3 ready, as well as single inputs for component, composite, S-video and RGB scart via a D4 connector which is included in the box. All these inputs are positioned around the rear of the unit as well as the power cable slot. There are also two control inputs/outputs with a 12v trigger for electric screens and an R232 connector.

So what about the actual projection technology? Well again the TW1000 surprises with a 1920 x 1080 resolution via its 3LCD and C2 fine technology. The only other projector in the Epson’s class to feature this is the Panasonic PT-AE1000, and it retails at a full grand more! The C2 fine element repositions the liquid crystal vertically instead of horizontally meaning that light leakage is eliminated and the unit can produce better than normal black levels. And as with other UHP lamped machines the TW1000 also employs an iris and colour filter in the optics stage of the projector to improve colour purity and greyscale.

Finally it looks like the plastic body and skimping in less critical areas has meant the TW1000 has some quality in the optical department with a wide zoom range and manual zoom and focus control from the remote. This all bodes well for power up. And the remote control provided with the unit is better than most, with all the important buttons logically laid out and with a back light included as well, good stuff.

Feeding the projector test material provided an ideal opportunity to test its video processing skills and at native resolution it shines with full pixel mapping. Even at lower resolutions the scaling holds up well and is certainly amongst the better end when it comes to speed of detection between film and video material. Jaggies and other nasties were kept to the bare minimum. The processing on the projector is certainly above average and should keep most end users happy with its final picture quality.

Initial set up as with most digital projectors didn’t take long at all and once done, it was a chance to explore the menu system and switch off the image adjustment controls, such as dynamic noise compression. I know we always preach this point, but to get the best from any display device you need to have it calibrated to the industry standards and also switch off all the digital trick buttons.

So having gone through the menus which are well set out and easy to follow it was time to check the various settings out of the box and pick the one which comes closest to our desired finishing point of D65. On the TW1000 this happened to be the Theatre Black 1 setting and the results can be seen below. Hopefully what you are beginning to see with the CIE charts in our reviews is that the myth saying most displays are set to D65 by the manufacturer is just wishful thinking. It is very rare that any device reaches this point out of the box, with the JVC HD1 being a rare case in point. However what is pleasing is that Epson are now following the ISF philosophy and including all the menu options and source memories to allow professional calibration.

As you can see, even the best picture setting in the TW1000 out of the box (and this unit was brand new at zero hours) and with the bulb set at economy, colour reproduction was certainly on the over saturated side and temperature was on the low side at approximately 5800k. The Green was certainly out of the target range by some margin, but also surprising was how pushed the red and blue were. Playing video footage at this setting also proved the point with an overly red looking image.

However there is no need to panic at this point as Epson has seen fit to give us all the controls required to correct the colours and also get the greyscale tracking correctly, so after an hour or so we had our final result and it’s pretty darn perfect if you look at the raw data below. As you can see the Epson after calibration allows all of the colour points to fall into place within the HD colour space with excellent colour decoding and the results on screen speak for themselves. The gamma curve is almost at the desired 2.2 calibration point and temperature hits D65k convincingly with excellent grayscale tracking. All in all the Epson lives up to its ISF commitment allowing almost perfect dialling in for calibration.

One of the things that hit us straight away when swapping the Panasonic PTAE1000 for the Epson in the review room was the obvious contrast improvement and far better black level of the Epson over the Panny. This surprised us no end with the Epson being the cheaper model on test. As with the Panasonic, the Epson provides a more realistic and detailed image with all the picture processing tricks like noise reduction and the dynamic iris switched off. Set up like most projectors is easy and once up and running and calibrated it’s time to check the actual picture quality.

Using our now standard King Kong HD DVD we switched to our favourite scene outside the Woolworths building as Kong finally reacquaints himself with his love. The scene is perfect for checking shadow detail and colour saturation and the Epson passed with flying colours. Although not as three dimensional as the JVC HD1 this 3LCD machine certainly handles the blacks and shadow details in a more positive manner than the Panasonic machine. The fur on Kong is distinct even in the shadows and the detail on his face is easily defined. The sunrise at the Empire state building is also very good, although not as fine in detailed colour gradation as the Panasonic, the colour balance is natural. Moving to SD material and the Epson also held up very well with good black detail and superb colours. It s obvious from our testing that the contrast level of the Epson is certainly higher than the Panasonic and this means the Epson provides more depth and accuracy to the image, with very few areas of grey to complain about. For the money this Projector surprised us no end and the images produced were some of the best we have seen from this class of unit. The full HD panel provides a sharp and detailed image with no obvious signs of screen door effect or the dreaded chicken wire, thanks to its C2fine configuration.

If you have read the entire review and have reached this point, I guess one of the questions on your lips might be; “do you prefer the Epson to the Panasonic?” Well the answer, although we don’t really like to compare products in such an unscientific way as preferences, would have to be yes. The Epson has really surprised us and challenged our thinking when it comes to LCD projectors. The contrast available is excellent and provides good black level performance which in turn brings more depth and scale to images. It was so obvious when switching between the Epson and Panasonic. This along with the very good image processing as well as the full calibration controls and that bargain price tag means we can only hand the Epson one accolade – Best Buy!