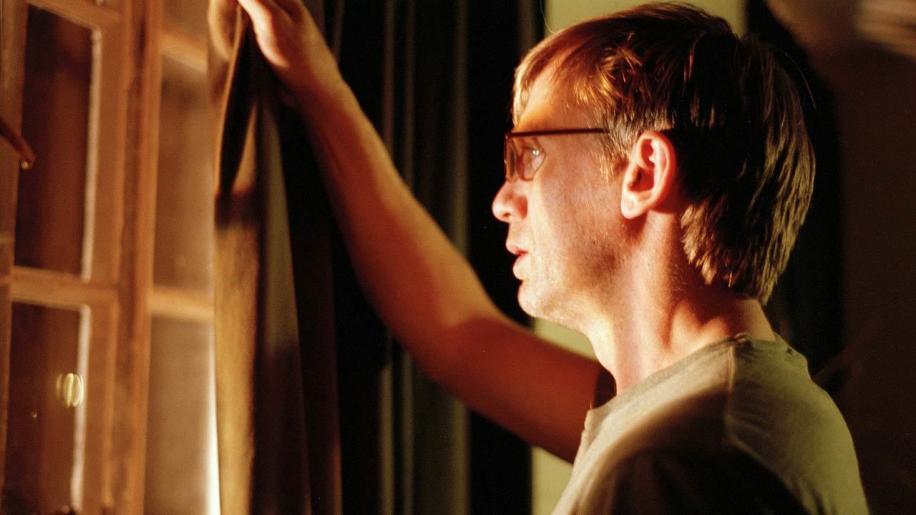 Disappointing just about sums up the picture. The brightly lit, outdoor scenes look ok, with a moderate amount of detail and good colour saturation. The opening scene has much promise with the lush colours of the countryside set off by the vivid red of the balloon. It is the darker scenes that dominate the majority of the movie which disappoint. There is a terrible amount of noise and fizz in the image which leads to a considerable drop in detail and clarity.

Black levels could also be much better. Black is more of a dark grey and shadow detail is muddy. Edge enhancement is thankfully kept to a minimum but the overall image is slightly soft.

The sound is actually very good. The ambience created by the music is extremely effective. The sound during the outdoor scenes have a distinct feeling of space and air contrasted by the claustrophobic sound of the more intimidating scenes.

LFE effects or Bass to you and me, are not that prominent. The film doesn't require them anyway which is just as well. The sound is very diffuse and there is little in the way of directional effects. These are more observations rather than criticisms. The sound is perfect for the film, which at the end of the day is mainly dialogue driven. Thankfully, dialogue is crisp, clear and coherent throughout with a deep velvety timbre to voices.

Quite superb selection of extras on offer here which help to develop a respect for the movie that isn't there on first viewing. Much detail is gone into about how the film was made, how the various effects where achieved (I slept much easier after knowing nobody actually lost their life during the making of the balloon sequence!) and how the movie was adapted from the novel

The deleted scenes whilst having some curiosity value add little to the story with the possible exception of the scene titled 'A Known Condition' which finds Joe reporting Jed to the police. p>
The Film And Novel featurette is informative and interesting and has comments from the Director, Producer, Screenwriter and the original author of the novel, Ian McEwan. The Balloon Featurette explains the logistics in creating the opening sequence and shows how the various stunts were carried out.The Audio Commentary is surprisingly interesting. Director Roger Michell and Producer Kevin Loader speak with a captivating authority and have many fascinating anecdotes to pass on.

Along with some trailers and a humorous spoof trailer for a fictitious movie titled 'Burst' featuring most of the Enduring Love cast, the extras on this disc offer real interest and value. Great!

Enduring Love is a disturbing and ultimately disappointing movie. The opening scene is shocking and will stay with you long after the credits have rolled. Something borne out by the fact that several of the cast in this scene are actually stuntmen. The acting is excellent and if performances are your thing rather than plot, then you may well enjoy this film. Unfortunately, I subscribe to the 'Suspension of Disbelief' theory of movie making and the holes in the plot mean my disbelief , far from being suspended, is well and truly promoted!...