Empire of the Sun Movie Review 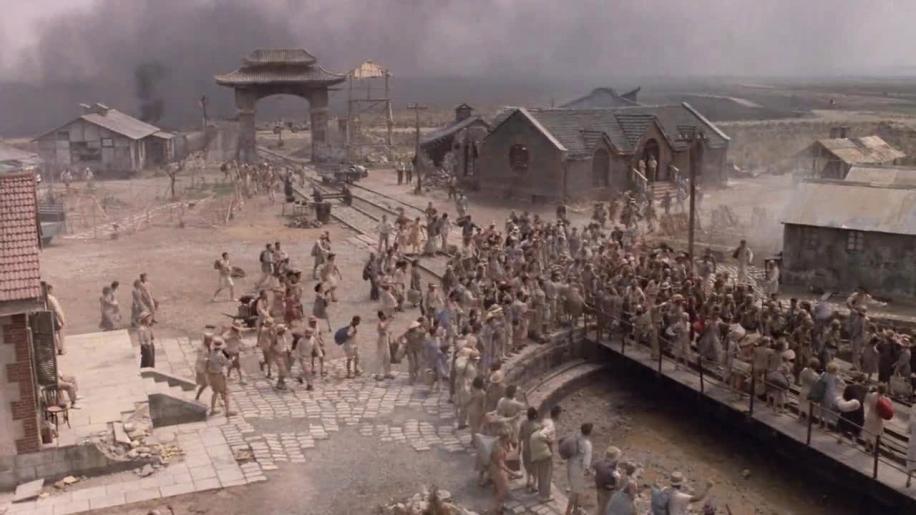 Steven Spielberg is a director that often leaves me either nodding my head in agreement or leaving me shaking my head in disappointment. On one hand he has directed some fine films with Jaws, Shindlers List and the Indiana Jones trilogy immediately springing to mind. However he also directed Minority Report, War of the Worlds and A.I. that left me completely under whelmed. Empire of the Sun was a film I'd somehow never seen despite being shown many a time on TV and being available on R1 DVD for a while. I'm pleased to report though that Empire of the Sun is right up there with some of his finest films.

Based on the autobiography by J.G Ballard and with the screenplay by Tom Stoppard, our story centres around a young boy, Jim Graham (Christian Bale), who has grown up in comfortable surroundings in Shanghai with his parents who own a textile factory. Fascinated by aeroplanes and the wars they are involved in; he sees these conflicts firmly through the eyes of a child without really understanding the consequences. As a result of Japan invading China and the ensuing chaos he is suddenly exposed to the harsh realities of life and of war. Separated from his parents in the melee to escape the city, he is forced to return to his big empty house to fend for himself, without any servants to run after him anymore. With little food remaining he ventures into town and falls in with two American vagrants, Basie (John Malcovich) and Frank (Joey Pantoliano). They look after him for a while, but before long they are picked up by the Japanese and taken to the internment camps where they must fight to survive.

This is a rich, powerful and emotional film coupled with high production values and beautiful cinematography that is all held together by the wonderful performance of Christian Bale as Jim. It is very rare for a child actor not only being able to deliver a performance but also carry the whole film. Not once is he ever grating or wooden but always believable as he struggles coming to terms with his ever changing life. His talent has not diminished either going on to deliver excellent work as he has gotten older in American Psycho and Batman Begins to name but two. He is aided by many familiar British and American faces including Leslie Phillips, Ben Stiller, Nigel Havers and Miranda Richardson, all delivering subtle and understated performances. At around 140 minutes long it never once drags and motors along nicely and commanded this reviewers attention at all times.

Overall a minor masterpiece from Spielberg and one that deserves to sit up there with some of his finest work.