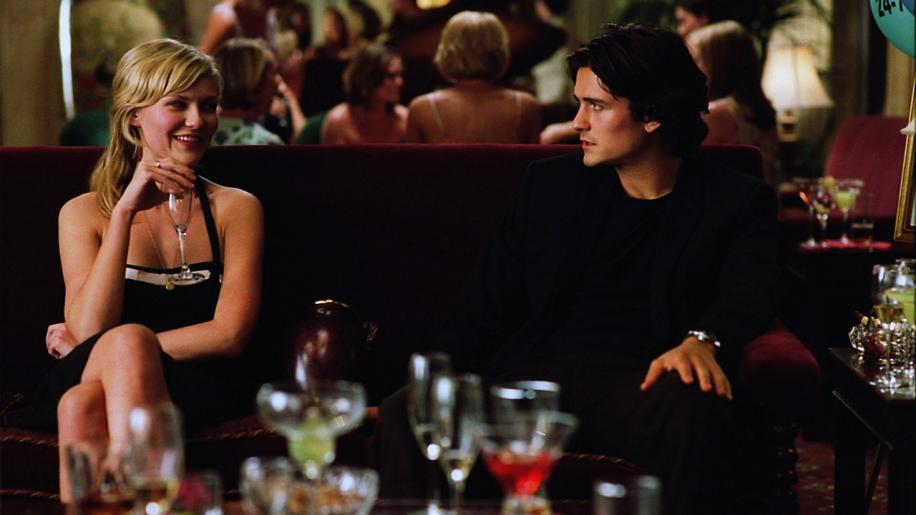 Orlando Bloom has got a track record that seems to me to be more like a train-wreck than a path of success. Despite his starring in numerous blockbusters and even securing lead roles in movies like Kingdom of Heaven, I have never seen him act. He just seems incapable of expressing any kind of emotional depth, merely trying to sum everything up with long, meaningless stares out into the distance. I always wondered whether he was actually just a really, really bad actor, or whether he was just lumbered with highly inappropriate roles in his film career so far and here is the answer.

Drew has just made a horrendous screw-up. A young designer of new trainers, his latest creation was so flawed that it lost his company nearly a billion dollars. He lost his job, his whole career, his girlfriend and basically his purpose in life and was on the brink of committing suicide (in one of the most ridiculous ways that I have ever seen) when, all of a sudden, he gets a phone call to say that his dad has just died. Racing back to his hometown of Elizabethtown, Kentucky, he is intent on going through the motions to sort out the funeral and then returning back to his empty flat to finish off where he started. On the long flight, however, he meets a young stewardess - Claire - who happens to also come from Elizabethtown.

Desperate to just rest and grieve, Claire refuses to leave him be and keeps him up chatting, catching his eye and offering him a brief glimpse of charm and happiness in a world that is getting increasingly cold by the minute. When Drew eventually arrives for the funeral, he is surrounded by all of the old familiar faces, torn between a thousand different people who all have something to say to him and generally overwhelmed by the whole situation. In the midst of this maelstrom, he realises just how distant he became over the years, not only to his long-lost family but also to his father. He feels truly lost. Then Claire comes back into his life, bringing sunshine with her every smile and glass-half-full viewpoint and reminding him once again that not all is lost.

As you already know, I hate Orlando Bloom. He has got to be a contender for the worst actor ever and, before this movie, I was not entirely sure that I had ever seen him actually act. I'm not saying that this movie changes my opinion completely (like perhaps The Aviator did for Leonardo DiCaprio), but he does actually emote a couple of times. He gets angry, punches his car, shouts and laughs and even cries. He is actually quite likeable when he is laughing and relaxing and not scowling his way through some inappropriate drama. The role of a de-sensitised sheep-like employee who goes through a voyage of self-discovery is almost perfectly carried off by this limited young actor. I would not go so far as saying that I was impressed by Bloom, but he was not a bad choice for the lead in this movie and he is much better suited to this than he was to being a one-man-army knight in Kingdom of Heaven.

Kirstin Dunst caught my eye way back when, in her younger performances and has never failed to disappoint with her sweet, disarming smile and laughter. Cute and seemingly endlessly young she seems to be capable of turning her charm to anything she does, whether it be a fun superhero blockbuster like Spiderman or a cheesy but likeable romantic comedy like Wimbledon. Although perhaps her accent seems initially quite incongruous, she is a good counterpart to Bloom's fish-out-of-water lead. There are plenty of other recognisable faces on offer - like the gorgeous Jessica Biel playing the super-bitch ex-girlfriend, Susan Sarandon going through a mid-life crisis as the mother and the great Alec Baldwin popping up briefly as the boss of the company Drew worked for, but all of them are roles barely worth mentioning in comparison with the two dominating leads.

Elizabethtown is a quaint little movie about losing everything, losing yourself and then rediscovering the things that are really important in life. Just when he thought his life was over, something happened to Drew to make him realise that there are more important things in life than money, your career, your status and your success. There's family and losing that is a far worse fate. The movie pushes all of the right buttons without ever coming across as cheesy and annoying, like many of its kind can. It is sweet and warming, but real and emotional, with real characters and real relationships, reminiscent of the likes of Garden State and simply full of excellent moments (including several particularly great phone conversations) that will have you riveted and interested and involved in what is going on. It may not actually change your life, but it is the kind of movie that makes you feel like it has.