More music of the spheres 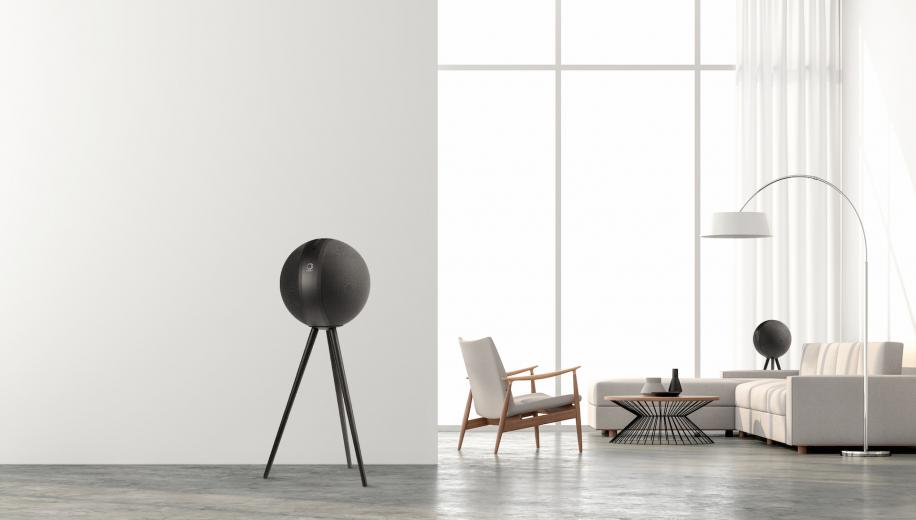 What is the Elipson W35?

The Elipson W35 is a self-contained wireless speaker that exists separately to the long running (yet still somewhat underrated) Planet Series of speakers. Elipson has dabbled in the business of self-contained audio with the Planet LW but the W35 is a single chassis design that you buy, set up and listen to in a way that wasn’t necessarily possible with the Planet LW.

The basics of the Elipson are straightforward enough. It contains a pair of 25mm tweeters and a pair of 165mm mid bass drivers. These are powered by a selection of class D amplifiers that are able to generate a total of 350 watts, although the ‘division of labour’ as to how much goes to what is not specified. The Elipson is a stereo product though with power and drivers divided into two.

The bulk of the W35’s functionality is derived from network connectivity. It can read material from a NAS drive or shared folder but can also access content from Tidal, Qobuz, Spotify, Deezer and Napster as well as internet radio. This can be accessed via a bespoke control app but Elipson has had the presence of mind to supply both a remote and a series of hard buttons on the unit itself that means it can perform a selection of tasks without recourse to the app.

There are some additional connections too. First up, aptX HD Bluetooth is available which is a useful addition although there’s no AirPlay. Elipson also fits an optical connection and a stereo analogue input on a 3.5mm connection. This is roughly in keeping with the competition and ensures that, in internet box ticking terms, the W35 is up to speed.

Let’s cut to the chase though, internet box ticking is going to be secondary to looking at pictures of the W35 and either going ‘Whoa!” or “Wha?” depending on your take on it. The W35 is an arresting piece of industrial design, on the optional leg mount in particular, it looks like absolutely nothing else on the market; and rather like it might set off around the lounge, firing lasers at the cat. The mechanical design aspects are rather cool too. The W35 is essentially a stiff metal ring that mounts the hardware. The mesh sections are largely cosmetic and not part of the structure of the W35. You’ll either love it or hate it but you certainly can’t say that Elipson has played it safe. It’s well made though and attaching the legs is straightforward too.

Internet box ticking is going to be secondary to looking at pictures of the W35 and either going ‘Whoa!” or “Wha?” depending on your take on it

Running the Elipson over Ethernet and with the legs attached does suggest that there are some tangible benefits to the design decisions that Elipson has taken. Without there ever being much of a ‘fingerprint’ of signal processing taking place, there is little sense of an enclosure when listening to the W35, in part because beyond the central ring, there isn’t much of one. Interestingly, what results is not a stereo presentation in the traditional sense. The W35 is best thought of as a ‘diffuse single point’ so that it fills a room in a consistently pleasing way.  People can sit in various locations and they’ll get a very consistent performance.

There’s no shortage of oomph too. The W35 is able to go very loud with little perceivable sense of effort to it. Elipson has shown a talent over the years for their amplifier installations and the W35 is very much part of the family in this regard. This isn’t an especially sweet or beguiling sounding device but it is a big, clean and capable one. To Believe by the Cinematic Orchestra is relayed with the scale and space it needs to sound believable.

This lack of sweetness does mean that, quite unusually for a product of this nature, the Elipson isn’t terribly forgiving. Something like Spotify is fine but reducing bitrate with some internet radio stations starts to make the W35 sound decidedly edgy. This is a balancing act for all companies though. Given the price of lossless streaming has dropped to pretty much that of compressed audio and when you do give the W35 a decent feed, there is a positive response to it that some rivals don’t have the wherewithal to do.

So where does that leave the W35? In many ways, this is an odd product. It is a room filling powerhouse that responds to quality feeds and has elements of genuine Hi-Fi... but it’s also very definitely a single source speaker that really wants to be piece of furniture. I’m going to take a positive view of the W35 for two reasons. The first thing is that, if you want this sort of thing, it is highly likely that you’ll know you want it. The other thing is more intangible but worth noting all the same. The W35 is a likeable product. I’ve enjoyed having it in the room and listening to the big and bold way that it makes music. It’s not perfect but the Elipson warrants Recommendation.