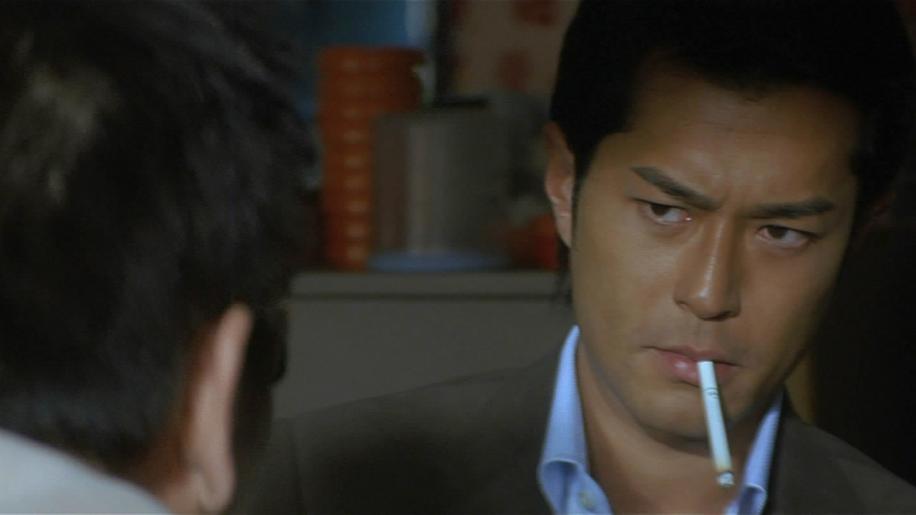 'Election' was released in 2005 and was directed by Johnnie To ('Breaking News'). Based on the inner workings of a prominent triad organisation, this movie charts the process of selecting a new leader for the group. To has gained critical acclaim both in Asian and Western cinema, with Quentin Tarantino heralding 'Election' as the best release of 2005. It also premiered as an “Official Selection” at the 2005 Cannes Film Festival and received ten Golden Horse nominations (and won two). To has assembled a large ensemble cast for 'Election', which includes some of the finest Asian talent available (some of whom are familiar faces from To's previous movies). These include Simon Yam ('Ip Man') who plays Lok; Tony Leung Ka-Fai ('Throw Down') who plays Big D; Louis Koo ('Dragon Tiger Gate') who plays Jimmy and Nick Cheung ('Breaking News') who plays Jet.

The Wo Shing Society are a powerful Hong Kong triad organisation who are seeking to elect a successor to their current Chairman (basically the Godfather of the operation). Two powerful Society members and favourites for the position canvas to gain votes, with cash bribes exchanged for support. These two potential candidates are Lok and Big D. Lok is a seemingly calm and collected individual; a family man with a wealth of triad experience and an almost ideal choice. Big D on the other hand is wealthy and brash, with not much else to add to his character. When the votes are cast and Lok emerges as the victor Big D is furious. He initially kidnaps and tortures (in a very novel manner) two of the triad members whom he paid off but who didn't support him in his hour of need. Once these two traitors are dealt with, Big D attempts to change the minds of the elder triad “Uncles” by any means necessary, completely desperate to advance to the rank of Chairman. With undisguised violent protests over the injustice of electing Lok, which sparks a mini-war within the Wo Shing Society, it's not long before Big D attracts the attention of local law enforcement.

The aforementioned lawmen are led by Chief Superintendent Hui and they waste no time in locking up the most prominent triad members. With all relevant parties in the same jail, Uncle Teng (the most senior member of the Society) takes the opportunity to talk to Big D and Lok, with the hope of resolving the volatile situation. From this meeting it transpires that Big D is planning to form his own triad which he will run himself, much to the infuriation of both Teng and Hui. Big D also sends some of his henchmen (who haven't been arrested) to locate the ancient Dragon Head baton, which is a symbol of the Chairman's absolute power within the Society. As a long standing triad member, Lok realises the importance of this baton and also sends one of his men to seek it out. The remainder of the movie is spent following the baton as it's passed from triad member to triad member, as well as charting the power struggle between Big D and Lok over the Chairman position.

Although on the surface 'Election' may seem like a simple movie with a straightforward plot, there really is much more to it. Many traditional aspects of the triads and their ceremonies are explored. The history of the Wo Shing Society and their origins are also explained - they were originally a brotherhood formed to fight for the Ming Dynasty. Steeped in ancient tradition and ceremony, many of the Wo Shing members have been with the Society for their entire lives. The other triad members are like extended family and the triad is the focus in life becoming, for many, the reason for living. It's this bond of brotherhood which becomes a central theme and is carried throughout until the close of the movie. We see that although the Wo Shing Society is going through some tumultuous times, the traditional aspects of the Society outweigh all other opinions and beliefs of the triad members, including more modern views on how the triad should be run. While this is very interesting and appears factually based (which I'm sure it is) it doesn't quite alleviate the plodding pace of the entire production.

This is really where the problem with 'Election' lies; the focus on the mechanics of how the triad operates (and multiple vague character introductions e.g. Jimmy) is given a lot more screen time than the majority of the action sequences. Some of the triad members are also a bit unbelievable and over the top, especially Big D, who spends the majority of his screen time running around and shouting the odds. It also came as a huge surprise that there are zero shootouts in this movie, with the triad members preferring to sort out their differences using machetes and other blunt instruments such as logs and rocks. The use of these weapons does provide the opportunity for a couple of entertaining “sword fights” with raw and shocking violence but I felt as though the inclusion of a pistol or two would have been a welcome addition. The acting from all participants is for the most part impressive, with only Leung providing a performance that's a bit over the top, even if it is somewhat compelling. Yam is strong as the calm and collected Lok, who has some hidden steel in contrary to his seemingly docile exterior. Louis Koo, Nick Cheung, Ka Tung Lam and Tian-lin Wang all provide steadfast support and do well in the tense, standoff situations, where their personal honour conflicts with the greater good of what's best for the Society.


While providing a novel take on the ganster/triad genre, with To adding his signature camera flairs to energise the production (with some beautifully framed shots), there's simply not enough going on in 'Election'. The history of the Society and the democratic, almost civilised manner in which they choose their new leader is without doubt crucial to the plot and expertly captured by To (as are the ancient traditions of the organisation) but it seems as though the action content has been restricted somewhat to focus on this aspect of triad life. There are numerous crosses and double crosses during the course of the movie, which provide some “Oh didn't see that coming!” moments but the plot can at times be a little difficult to follow. With so many “Uncles” (I had to laugh at the name Uncle Cocky!) and “Brothers” involved, all who have similar names and regularly change loyalties between Lok and Big D, this is not surprising. Although in a completely different language and based on completely different source material, 'Election' is very similar to the recent Edward Zwick movie, 'Defiance'. Both are exquisitely shot and well acted but ultimately both seem a little murky on the direction which they take; there seems to be a conflict between whether to go down the drama path or take the action route. Both movies focus on the drama and lob in some action sequences to keep the audience happy, the end result being a production that doesn't seem to be 100% sure of what it wants to be. Although in saying that both do have a cracking ending!

I might seem to be slating this movie but it's only because I set my expectations pretty high for this one. When you look at the movie on paper it appears to have all the necessary ingredients to be a classic. It's got one of the most prolific and revolutionary directors in Asian cinema, a whole host of stellar actors at the top of their game and source material which should provide ample opportunity for plenty of violence and triad conflicts. The direction and lighting from To are superb and have all the hallmarks of this great director. As mentioned, the cast are for the most part very strong and believable and do a fine job with the source material. To be honest I'm not too sure where 'Election' went wrong. The end product is by no means a complete turkey but with its slow pace and muddled direction, I came away slightly disappointed. To does skilfully portray the inner sanctum and workings of a criminal organisation with strong themes of tradition versus modern thinking/power but ultimately 'Election' is not as engaging as it could have been. In saying that this movie is most definitely worth a watch and is possibly To's most mature release to date. I suppose I was expecting a revelatory Asian Cinema experience and sadly this did not transpire. Here's hoping that “Election 2” (review coming shortly) will put To et. al back on the pedestal that I (and no doubt countless Asian movie fans) have placed them on.