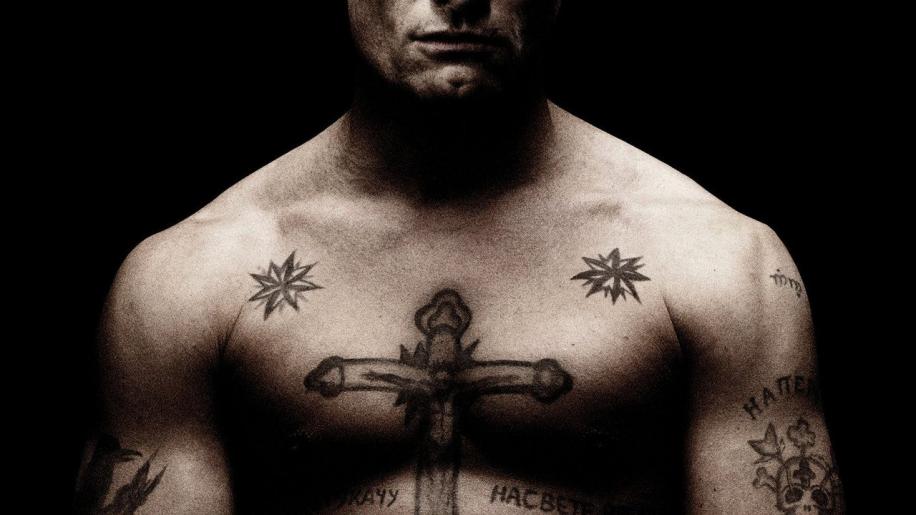 When you think of David Cronenberg, you'd be forgiven if straight thrillers or films that follow any form of traditional subject matter were far from the forefront of your mind. However in recent years he appears to have mellowed somewhat from his delvings into the world of transforming bodies and all things offbeat. Instead he is slowly moulding himself into a far more tempered and some might argue thoughtful director. With his recent films Spider and A History of Violence he has confounded much of his existing fan base who were somewhat perplexed as to this change in focus.

With Eastern Promises, Cronenberg is tasking himself with the telling of a somewhat familiar story - that of organised crime and the men who inhabit its hidden cliques. Though never one to tread heavily on too familiar or clichéd territory without at least adding his own twist, here the auteur chooses not the Italian/American Cosa Nostra but rather the London based dealings of the Russian “vory v zakone” or thieves in law as they are known in their native tongue.

The film tells the tale of a midwife who delivers a child of an immigrant prostitute. The mother dies but leaves behind a diary which Anna, the midwife (played superbly by Naomi Watts) intends to translate in order to find a living relative with whom to place the child. It is during Anna's attempts to get said diary translated that she stumbles across the truth about the girls fate as a forced sex worker which also brings Anna bumping blindly into the world of Russian gangsters and the world they inhabit.

The film marks Cronenbergs reunion with his A History of Violence lead Viggo Mortensen. Clearly the Canadian director feels that he has found an actor capable of bringing his flawed central figures to life and it's easy to see why. His portrayal of the mysterious driver Nikolai is simply a tour de force of restrained acting. The laconic chauffeur has so much screen time with little but his minute facial movements to indicate his intentions. The script leaves him no place to hide as the character has been written as sparingly as possible in terms of dialogue without actually being mute. Such was the standard of his depiction of Nikolai that it earned him a nomination for a best actor Oscar at the 80th academy awards. Though perhaps he may wish he was nominated in a less competitive year as he eventually lost out to Daniel Day-Lewis for his performance in There Will Be Blood.

To single out Mortensen though for all the acting accolades would clearly be wrong here. He is surrounded by a very strong cast populated by capable actors that more than hold their own. Watts is superb as a midwife who has suffered her own personal tragedy and is seeking to seemingly put things right by helping this orphan survive. Particular mention must also go to Armin Mueller-Stahl who is a lynchpin as the quiet elder of the criminal troupe, Semyon, around whom all things revolve. He finds himself flitting between a joyous grandfather figure playing the violin to a Machiavellian despot planning infanticide but all the whilst quiet and tempered in his mannerisms which makes his performance all the more unsettling. I'm afraid as a fan of Vincent Cassel I found his representation of Semyon's son Kirill a touch too manic though. It is far from being a bad performance as perhaps the reason it appears so overplayed is the fact that the rest of the gangster caste around him seem to be so spectacularly monosyllabic that when he flies off in a drunken rant it somewhat upsets the senses.

One screen presence that still shines though is that of the city of London itself. Perhaps shine is the wrong word to describe Cronenbergs depiction of a neon lit crime den filled with broken lives and unhappiness that remains unseen to the everyman passing in the street. Whichever phraseology one wishes to use the fact remains that rarely has someone shot the capital so well without being a native of this country. There are no fancy tricks on show but rather a meandering style to the camera movements and their end placements. Indeed it is an achievement that is all the more impressive when you realise it is the director's first film to be shot entirely outside of his homeland Canada.

The entire movie is elegiac in its sombre tones. From the acting to the directing to the truly delightful musical score by Howard Shore there is little to be criticised here. True the violence is extreme but it is sporadic in nature. It is used to shock, as it should, and never bludgeons ones senses with endless gore. This film never tries to match the pace and pop music of most gangster films post Goodfellas but instead falls more in line with works such as Takeshi Kitano's yakuza outings. It paces itself quietly and purposefully, never revelling too long in the uber violence that punctuates the almost Zen like melancholic atmosphere.

The one disturbance that I felt really held this film back from being an unreserved triumph was the voiceover. Throughout proceedings we are intermittently given diary extracts from the already deceased girl read out for us. Considering that writer Stephen Knight previously penned the acclaimed tale of London immigrants with Dirty Pretty Things I find it hard to see why this voiceover lacked any subtlety. Surely we are all well aware of the influx of Eastern European sex slaves? Would it not have been enough to leave the viewer knowing that she was forced into prostitution without the frankly irksome narrative that ladled on the pity factor until it was more akin to a poorly made American TV movie? Indeed this was originally devised as an hour long drama to be made for television but one would still expect even if it were to be contained within that medium a writer of Knights standard would not be so painfully obvious in his work. It lacked a subtlety that was apparent in every other facet of this film that its inclusion felt jarring in nature rather than enhancing proceedings.

This though is a minor gripe that rarely infringes upon the viewing experience of a thoughtful crime drama. The acting can rarely be faulted and the direction is just to my liking being that you can almost forget that someone is orchestrating the events and one never becomes overly aware of Cronenberg's presence behind the lens. This is very much an understated outing in all but the violence it depicts and this temperance ultimately makes the film a brooding, thoughtful success.