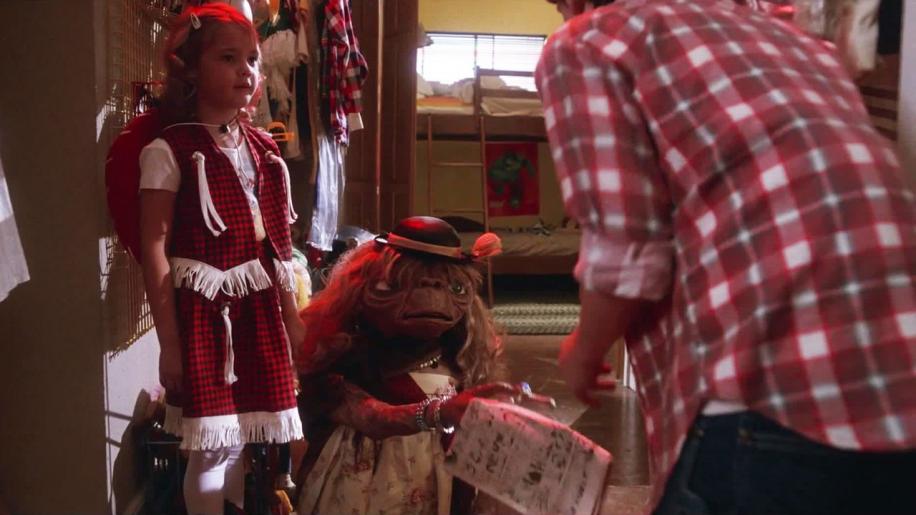 I wasn't looking forward to watching E.T. again. The last time I saw it was at the cinema as a child and while my mother cried through the entire film, I was left unaffected.

Perhaps this makes me the wrong reviewer to check out this 20th Anniversary Special Edition, or maybe it makes me one of the few who can avoid rose-tinted childhood memories and see if there's really anything of worth behind the saccharine story.

The story follows a boy named Elliott (Henry Thomas), who befriends an alien accidentally left on Earth by his comrades. It's as simple as that. If it all sounds a little twee (and God, some scenes are almost nauseatingly cute), Spielberg actually manages to make it quite enjoyable. The performances are strong and the effects are first rate. The problem is that it just feels forced and manipulative when compared to, say, Close Encounters of the Third Kind.

Fans of the film will also find it beneficial to know that the version of the film presented in this DVD release is the recent Special Edition cut featuring new CGI effects and a new scene of E.T. and Elliott fooling around in a bath - none of which really adds or detracts from the film in any way. The original theatrical cut (available in the American DVD release) is not included here.