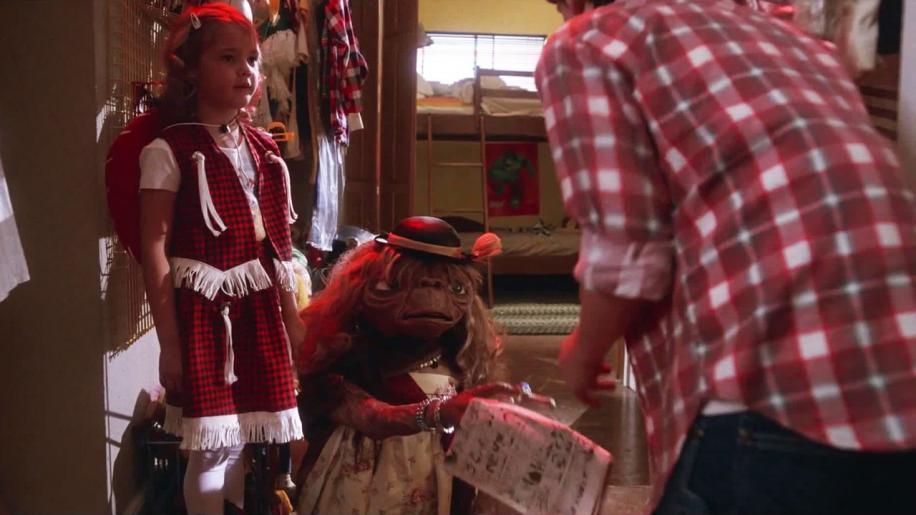 The disc's anamorphic 1.85:1 looks particularly impressive, with bold colours and superb fidelity. Although it must be said that Spielberg's bizarre penchant for back lighting does mean that some of the earlier scenes with E.T. creeping around the forest and hiding in Elliott's back yard do look a little grainy. All in all, a goodie, though.

The disc includes a choice of both DD 5.1 EX and DTS 6.1 ES. Both are pretty similar, as the film never really offers up much in the way of surround effects for audiophiles to get particularly worked up about. Still, the dialogue is crystal clear and the more noticeable movement across the speakers (such as the spacecraft taking off and flying overhead at the end of Chapter Two) is perfectly rendered. Best of all, though, is the rich treatment of John Williams' memorable score, which sounds even better on the optional 'live' 5.1 mix. The only extras you find on the first disc are a short introduction from Spielberg explaining why the CGI changes were made to this re-release and an alternate 'live' DD 5.1 soundtrack featuring John Williams conducting a 100-piece orchestra at the film's 2002 Shine Auditorium Premiere.

On Disc Two you'll find an educational interactive guide to our solar system using computer graphics. Next is The Evolution and Creation of E.T., which charts the making of the film with behind-the-scenes footage, Henry Thomas' screen test, interviews and more. The Music of John Williams explores the friendship between Spielberg and the composer through archive footage and new interviews. There's a look at the preparation, rehearsal and performance of Williams conducting the orchestra at the 2002 premiere, including an overture and light show. A retrospective featurette reunites the cast and crew, and rounding out the collection are six galleries of concept art, photos and adverts, the trailer and a DVD-ROM weblink. A superb package, although real fans will want the American DVD release that also includes the original cut of the film.