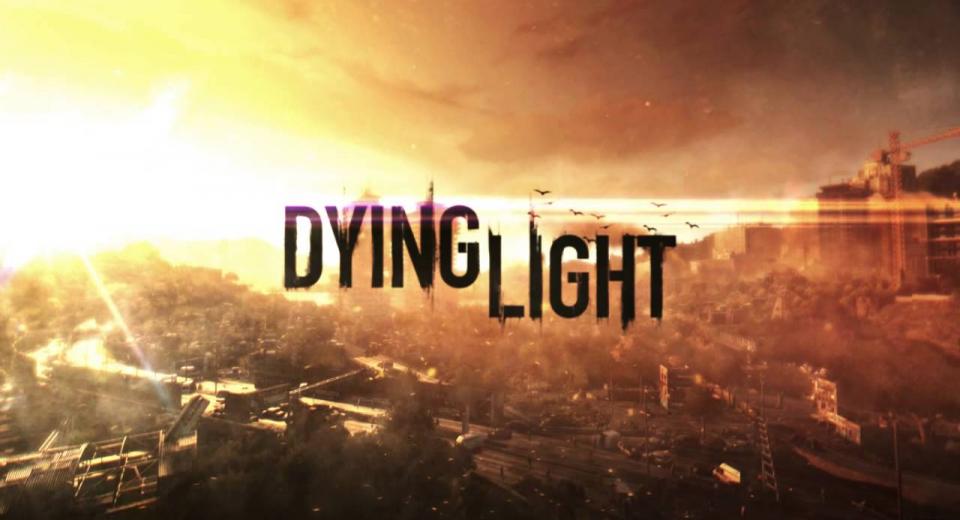 It wouldn’t take much convincing to be swayed into believing that Ubisoft had some input into the development of Dying Light.

All the Ubi hallmarks are there; tower climbing, leaping off of tall buildings, securing safe houses and, let us not forget, the horrible bugs. Yes, Dying Light is another game that fails to run smoothly on PC at launch. This is becoming somewhat of a trend it seems.

But let’s not get all doom and gloom, because Dying Light is not as bad as many would have predicted, some had written this one off long before its release. Understandably so too considering that developers Techland were the creative studio behind the disappointing Dead Island. It seems they aren’t afraid of the zombie genre, believing there is still life left in it yet (boom boom).

Whilst Dead Island took a tongue-in-cheek approach to the zombie survival format, Dying Light looks to re-establish the terror which should be felt when confronted with a horde of the living dead. The premise is much the same as before: you’re stranded in an enclosed location, fighting for survival.

This time you play as Kyle Crane, an undercover agent looking to turn up information on the gangs who now rule Harran. As you’d expect, he’s a brain-dead buffoon who spews clichéd line after clichéd line in an attempt to appease the ‘dude-bro’ market. Dialogue aside, your experiences as Crane aren’t entirely unenjoyable. Your deployment into Harran isn’t a smooth one, finding yourself on the receiving end of a beating from a group of thugs as your landing is botched. Rescued by a local survivor you quickly find yourself repaying your debt by completing various tasks that vary from the incredibly simple, to those that are rather tough in the initial stages of Dying Light’s story.

In many zombie titles, you can carve through hordes with relative ease and little consequence. Any old habits of doing so are drilled out of you early on as going out swinging results in a rather inglorious downfall here. Simply put, you won’t survive five minutes without cunning and forward planning, finding all the local shortcuts and using the environment to your advantage. A much promoted feature of Dying Light throughout its build up has been the inclusion of Mirrors Edge-like parkour mechanics. Quick to master these skills, you're soon taking brave leaps across slums and between vehicles to avoid impending danger.


You're stranded in an enclosed location, fighting for survival...

To that end, Harran is your playground and simply running from one area to the next can be quite entertaining, that is if you don’t put a foot wrong and find yourself hanging from a ledge tantalisingly like zombie bait. Dying Light features a nice level-as-you-use system so the more you scramble up and down buildings, the better at it you become. Ledge climbing will become more efficient, whilst your jump distance will gradually increase. The same can be said for combat, which improves as you become braver and take on more foes on your quest. The combat itself isn’t anything revolutionary, and is similar to what you have seen before in Dead Island. You can grab select items in the world and clobber the undead round the head with them, the availability of weapons has however been dramatically decreased. In a bid to increase the sense of danger, weapons are harder to come by and their durability ranges greatly, with one lasting a few blows and another holding in there. Thankfully, the combat has been tightened from Dead Island and feels much more rewarding, with heavy blows translating well, helped by the Batman inspired X-ray view in certain instances.

You won’t find any ridiculous items in Dying Light, but those that are at your disposal can be upgraded in devious and deadly ways. Upgrade parts come as rewards for completing a quest or can be found in random drops across the map which have various uses. One may add electrical damage and another may simply increase overall damage or durability, each making your fight for survival a little easier. Harran is quite a nice playground for your adventure with densely populated streets and areas which require sure foot placement to ensure safe passage. The biggest downfall for Techland’s latest outing lies within its quests and their lack of creativity. Dying Light falls into stereotypical sandbox territory, quickly descending into fetch quests, proving hard to break the status quo. It feels like Techland force you into travelling from one end of the map to another simply because they can, in an attempt to impress and brag about the size of it.

Whilst a few menial tasks would give the game a good variation of pace, you find yourself fetching a pair of glasses and a gardening book among other menial and uninspiring tasks. It would have been nice to see some form of variation of defence missions, the inclusion of a few crazy characters who send you out on random tasks wouldn’t go amiss either. Saying that, there are plenty of quests to undertake and it is easy to become side tracked by optional one, giving you plenty to do beyond the main campaign.

The monotony of the quest structure is but a minor flaw in comparison to the larger problem of the poor optimisation seen throughout Dying Light. Issues have varied across different PCs depending on the hardware, such as when running Dying Light on AMD as opposed to NVIDIA. Frame rates can get horribly choppy, with the game slowing down to a sluggish pace regardless of the quality which you’re running at. Thankfully nothing game-breaking was experienced, but such poor optimisation does it no favours.

Back to the Grave

Dying Light is a mixed bag of both great successes and unforgiving failures. Taking a more mature stance on the whole zombie apocalypse genre really makes it stand out from the crowd and works in its favour. A real key moment in this is through its night sequences which can instil a real sense of terror when you're being chased down by a pack of similarly athletic undead. It's in moments like these that Dying Light is probably one of the best, if not the best zombie survival game there is. It just needed to come out sooner.

We're at the exact moment where zombies have had their day and we need the next gaming trend to come in and take effect. If this had arrived at the height of the zombie fad then it would have probably been better for it. It's hard to ignore Dying Light's shortcomings in its story and mission design when we demand much more from games than just shipping us out to do one menial quest after another. Being unstable at launch, and continuously so after being patched, is still a massive crime for any game.

In the absence of any other titles in the post-Christmas lull, Dying Light is a great game to see you through the quiet period. Beyond that, it'll quickly become one of 2015's forgotten titles.