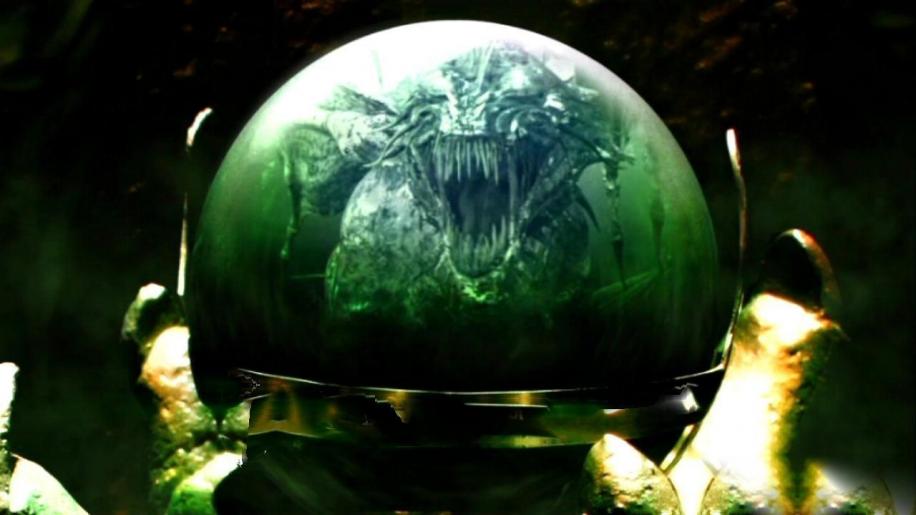 Gary Gygax and Dave Arneson have a lot to answer for as I remember afternoons and sometimes weekends being spirited away playing with D4s, D12s and D20s, all in the pursuit of achieving a few more experience points. Ultimately though it was all an excuse for a few mates to get together, have a few beers and a laugh; we never played for the actual game (although our particular DM, one Steven Hynde took it as seriously as all other DMs out there, and that's serious enough to consider it a part of your soul).

Gygax and Arneson nurtured millions of budding wizards, thieves, Elves and an assortment of brutal warriors to such degree that any film bearing the D&D moniker was bound to be well attended. So it was that in 2000 Courtney Solomon favoured us, if that's the correct phrase, with his film interpretation of Dungeons and Dragons. Like many other RPGamers out there I attended, not expecting too much other than a good tale, however I and many others were sorely disappointed. We weren't even given a cut down version of Conan or The Beastmaster never mind something as illustrious as Lord of the Rings. What riled the most though was it just never felt like a D&D adventure, there were no characters an avid gamer could identify with, no spells you were perhaps familiar with, not enough traps and nowhere near enough skulking down long, darkened corridors searching for the gems, the hidden gold or the trapped princess.

The movie franchise has, nevertheless, continued apace, an earlier television series laid the foundations but even after Solomon's ill fated attempt there were a couple of similarly themed versions; then in 2005 Bruce Payne rekindled his role as the nefarious Damodar in Gerry Lively's official sequel Dungeons and Dragons: Wrath of the Dragon God; well at least they got the word Dragon in the title.

Damodar seeks the Black Orb which will reawaken the Dragon God and lay waste to the town of Ismir. It is left to Berek to assemble a valiant troupe of warriors to reclaim the Orb before Damodar can use its evil powers. En route to his foreboding castle they have to fight the devils Damodar conjures up against them as well as use their wits in avoiding some cleverly lain traps. Will they succeed where others have gone before and failed?

It's not a complex story by any stretch of the imagination (the acting, camera work, locations and general writing are pretty much scraping the bottom of an emptying ale barrel) but that's not what this film is all about. This film is only for those people who have indulged their imaginations in the D&D game, because anyone else watching this film would probably walk out half way through. That said, even with the knowledge of D&D behind me I felt Dungeons and Dragons: Wrath of the Dragon God still a pretty tedious affair. Better than the first, only because it does capture more of the elements of that iconic game. That's not to say though that this film is in any way close to being a classic because it's far from it.

Shot on HD video this looks as though it should have gone straight to video but it did open in a few European cinemas and failed, dismally, to recoup the very modest $15 million apparently spent on its production. Even almost five years after its release it still has not managed to come anywhere near to its intial budget and for that reason alone this might well sound the death knell for this particular series. That is perhaps no bad thing though, D&D is designed to be played, to be interactive, a reason for mates to get together; it's not something you go and passively watch.

Shot mainly in Lithuania, the cinematography is nothing to speak of which is a shame as there are some almost splendid views of the surrounding countryside; the acting is bottom rung, even Roy Marsden's who looks almost in pain when he's on screen doesn't manage to raise the interest at all. The hero Berek (Mark Dymond) is particularly wooden although his merry band of cleric, thief, Elf, wizard and warrior princess have a little more flesh on their bones but not that much more to be honest. Once under way the battle scenes come thick and fast but the CGI effects are lamentable, forced onto the screen and are obviously not part of the action. All this takes you out of the frame and only reinforces the fact that you're watching a cheap production, certainly not conductive to good story telling.

The story itself it a rather run of the mill affair. The bad guys would be hissed at in a pantomime, the good guys wear the white hats and at the end of the day all is going to be well in the fair town of Ismir; there's just no sense of dread, no sense of abandoned hope and ultimately no sense of actual adventure. Even though it does have more of a D&D feel to it, there's still not enough to recommend this to any section of society, on any level.