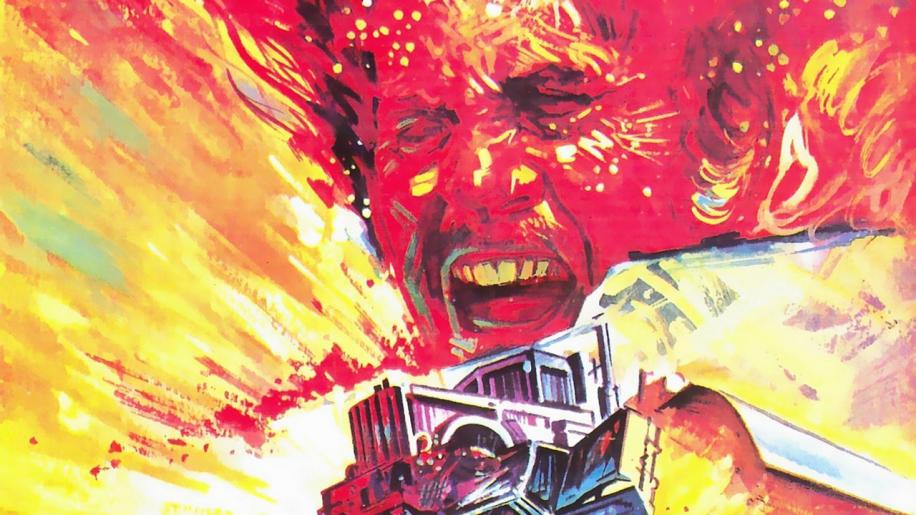 The picture isn't bad, I suppose. Bearing in mind Duel was originally a made for TV movie and shot entirely on location on a meagre budget, it's a marvel the picture is as good as it is. However, fine detail is lost due to the amount of grain and overly strong contrasts, meaning dark areas look like flat areas of colour. Look at the scene where Mann bathes his face with water in the coffee shop's restroom. Or after he comes back and sits down watching a man play pool. There is a lack of detail in shadows and the man's hair which are almost reduced to black blobs. However, like U-Turn, the low budget feel does complement the simple idea of the movie, and relatively poor though the picture is, it certainly won't get in the way of your enjoyment. Apart from differences in overall volume, both DD and DTS tracks sound the same. Considering the movie had mono sound originally, Duel does have some pretty good sound moments. The truck sounds like it is nearly falling apart, but has a solid sounding undertone. LFE isn't used too much, but the rear effect channels are effective at providing an unsettling tone when needed. Dialogue is always clear, all of Dennis Weaver's emoting coming across very well, if a little thin. Due to the movie's budget and age, there is a scratchy, tin-box feel to the sound overall which, judged against the best, means the sound is only average in reality. All the main extras are very good indeed. Stephen Spielberg on Making Duel contains present day interviews with Spielberg who reminisces fondly over his first feature. Huge amounts of detail are dragged from his memory as he speaks with honesty about Duel. Small trivia titbits are proffered, such as the reflection of Spielberg in the phone booth outside the old woman's petrol station.Stephen Spielberg and the Small Screen focuses on Spielberg's pre movie career and how he was trained in TV as a Journeyman Director at the age of 21. Again he speaks candidly about having aspirations beyond his stature, thinking TV was a lesser, more ridged, medium. Spielberg fondly recollects how his direction of a Columbo season opener, gave him his first taste of what a solo movie directing job may be like. In both featurettes Spielberg comes across as a genuinely approachable man who is still completely absorbed and passionate in movies.

Richard Matheson: The Writing Of Duel is a fairly in depth look at the writing process Matheson, the author of classic horror novel “I Am Legend”, employs. He analyses the plot, differences between the story and screenplay pointing out some directions the story was about to take, but through good fortune didn't. This featurette sounds dull, but Matheson's honesty and openness provide a light atmosphere of a potentially turgid topic. Duel is a very good movie indeed flanked by genuinely interesting extras. The only downside is the inevitable poor to average sound and picture quality and the one watch nature of the plot - after you have seen the movie once, there isn't much incentive to watch it again, unless five years or so have gone by between auditions. Even so, as one of Spielberg's best movies it deserves a place among your collection.