Can you really rescore a modern classic with an already perfect score? 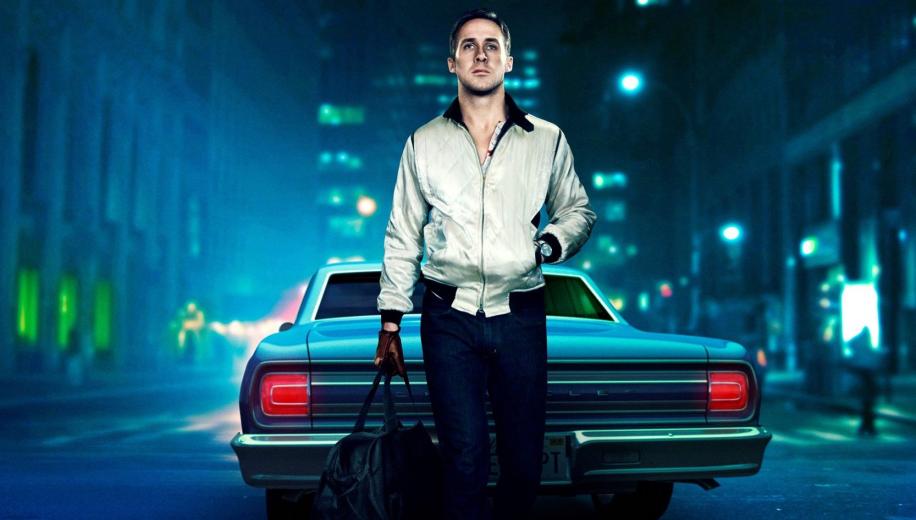 Drive is effortlessly stylish, taking us back to the 80s – but not the cheesy, dated, hollow pop tunes and bad fashion side of that neon-dominated, garish decade; instead focussing on the dark streets and haunting electronic melodies, where iconic nameless heroes prowl the night with their own moral code, and their own driving purpose.

Although it would be easy to draw the obvious parallels with Walter Hill’s underrated 1978 thriller, The Driver, which starred Ryan O’Neal, in a role originally envisioned for Steve McQueen, as a nameless getaway driver who barely says a word; as well as to McQueen’s own Bullitt, an atmospheric cop thriller featuring one of the greatest car chases of all time, which director Nicolas Winding Refn has acknowledged as an inspiration for this piece. If anything though, this movie feels like something Michael Mann might have directed in the eighties – all about colours and tones, perfectly framed shots, heavy stylisation, striking visuals and diegetic/non-diegetic electric beats, rich in symbolism and carrying a palpable atmospheric energy. Manhunter nails the comparison in terms of style, but his earlier Thief also has the added similarities of both plot and lead character.

Based on James Sallis' 2005 crime novel of the same name, Drive was originally intended to be a big-budget blockbuster – a starring vehicle for Hugh ‘Wolverine’ Jackson no less – to be directed by The Descent’s Neil Marshall. Unfortunately, all the inherent blockbuster pressures and prejudices affected both Jackman’s and Marshall’s plan, with the former choosing Real Steel instead and the latter giving us the truly awful Doomsday. It is something of a miracle that Drive ended up in the hands of the director behind the biopic Bronson, starring Tom Hardy (Warrior), and with Ryan Gosling in the lead.

Refn keeps things real and low-key, often shooting from inside the vehicles; capturing precision driving, some of which was done by Gosling himself, and finely balancing evocatively stylish mood shots with outbursts of unprecedented violence (he approached Gasper ‘Irreversible’ Noe for tips, with the bursts of horror of Cronenberg’s A History of Violence).

It is shot to perfection, steeped in imagery and bathed in a sweeping, emotionally tangible torrent of pulses and beats, modern yet 80s-styled electro-pop enhancing the experience in much the same way that Daft Punk did on Tron: Legacy and The Chemical Brothers did for Hanna (it's a soundtrack which simply cannot be topped - which is never more evident than in the infinitely inferior 'alternative' Radio 1 dub, which is discussed further in the audio and extras section, and which highlights just how perfect the original score and songs are).

Icon already released Drive several years ago, and do not appear to have revisited the video presentation with a brand new remaster for this re-release, instead porting over what looks to be the exact same 1080p/AVC-encoded High Definition video presentation that adorned that earlier package, framed in the movie's original theatrical aspect ratio of 2.4:1 widescreen. Thankfully, that same presentation was largely very good and remains decent enough now.

Detail is strong throughout, with the rich cinematography revealing wonderful shadow play, fine character observations, tics and lines, hair and clothing nuances - despite the budget, it's a lavish production in terms of attention to detail, and it's often so good that it makes you wish for a 4K release. The colour scheme is modern but infused with beautiful 80s tones - not least in the bright pink title card - with lots of warm golden hues too, and superior night-set sequences that seldom falter. It is a very good video presentation but, really, where's the 4K release?

Now this is where things get interesting, because - aside from including the original DTS-HD Master Audio 5.1 mix and its 2.0 counterpart - this new release from Icon provides an alternative Radio 1 dub which replaces the score and song tracks for the movie.


Technically, the original soundtrack still stands out as purely majestic, and sounds outstanding

Drive's stunning score from Cliff Martinez, and superior 80s-style song tracks are not only perfectly chosen for the movie, but also contribute greatly to the overall movie experience, leaving the Radio 1 alternative hollow by comparison, and actually a not inconsiderably inferior moviegoing experience. Key sequences, like the party scene, the LA river 'date' and the mask scene are now much less meaningful, evocative or emotionally binding, with the party scene, for example, no longer blending diegetic and non-diegetic usage so effortlessly to rise to the highs of the emotions in the sequence. Without Martinez's Tick of the Clock score, the driving sequences are also utterly underwhelming, instead wielding some repurposed generic 80s-ish beats that feel like they were mixed in somebody's basement.

Technically, the original soundtrack still stands out as purely majestic, and sounds outstanding - even if it would have been nice to see what Dolby Atmos could have brought to the game - and, again merely on a technical level, the new dub isn't all that far behind in terms of aural presentation.

This new Special Collector's Edition of Drive actually boasts only a few additional features, largely relying on Alternative BBC Radio 1 soundtrack as the main offering. Already discussed at length in the Sound Section, and noted in the Movie Section, the main issue with the soundtrack is that you simply cannot compete with the original score and song choices - they are such an integral part of the movie that, to remove them, would be akin to digitally removing Robert Downey Jr. out of all the Marvel movies, and replacing his face and voice with another actor.

It's a fruitless, thankless and ultimately pointless task and, other than the vague technical competence of being able to rescore a movie (which nobody is really going to hand out awards for), there's little remarkable here, with a great opening track from Chvrches, and pretty much all downhill disappointment from there on out, not least in the song track department, but in the fact that Cliff Martinez's seminal score is replaced by an inferior alternative too. Still, it's an odd curio which at least comes as an extra feature, on a disc which already includes the original track, so, viewed as such, it's nice that we get the alternative offering even if only to remind viewers just how amazing the original music is.

For completeness, the extras selection offers a Making Of Featurette for this alternate Soundtrack, as well as an Interview and with Director Nicholas Winding Refn, with the package itself is rounded out with six original art cards. It's a shame that the slightly more comprehensive extras from the original US Blu-ray release weren't finally made available in the UK with this release, as it would appear the perfect time for a 'Special Collector's Edition' (indeed Refn promised, back in 2011, a special feature-packed 'Queen' edition was on the way within a couple of years; now it's looking like we'll have to wait for the 10 year anniversary). Drive is made original by breathtaking visual energy, a stunning soundtrack, rich imagery and an effortlessly cool style

Icon's new Special Collector's Edition is as good an excuse as any to revisit the movie, although some may be marginally disappointed by what appears to be the exact same (admittedly very good) video and audio, and extras which largely revolve around the Alternate Radio 1 Dub. For those familiar with the Radio 1 Dub, if you enjoyed it, then it remains a solid addition here, justifying the 'upgrade', but if you're not already familiar with it, it may well be worth sampling a few tracks to check your mileage on it. For many, Drive remains a perfect beast in its original form, so this is little more than a curio to remind you of that, but if you don't already own this modern classic, then this is certainly the best release available in the UK.